New Years Eve and 19h45 and I am writing the blog fron the floor of Berber house in the Atlas mountains. Tamara has alao retired to bed after a superb tagine and a bit of Moroccan TV. Not the usual New Years Eve and no alcohol in sight but as with Christmas Day something really different. 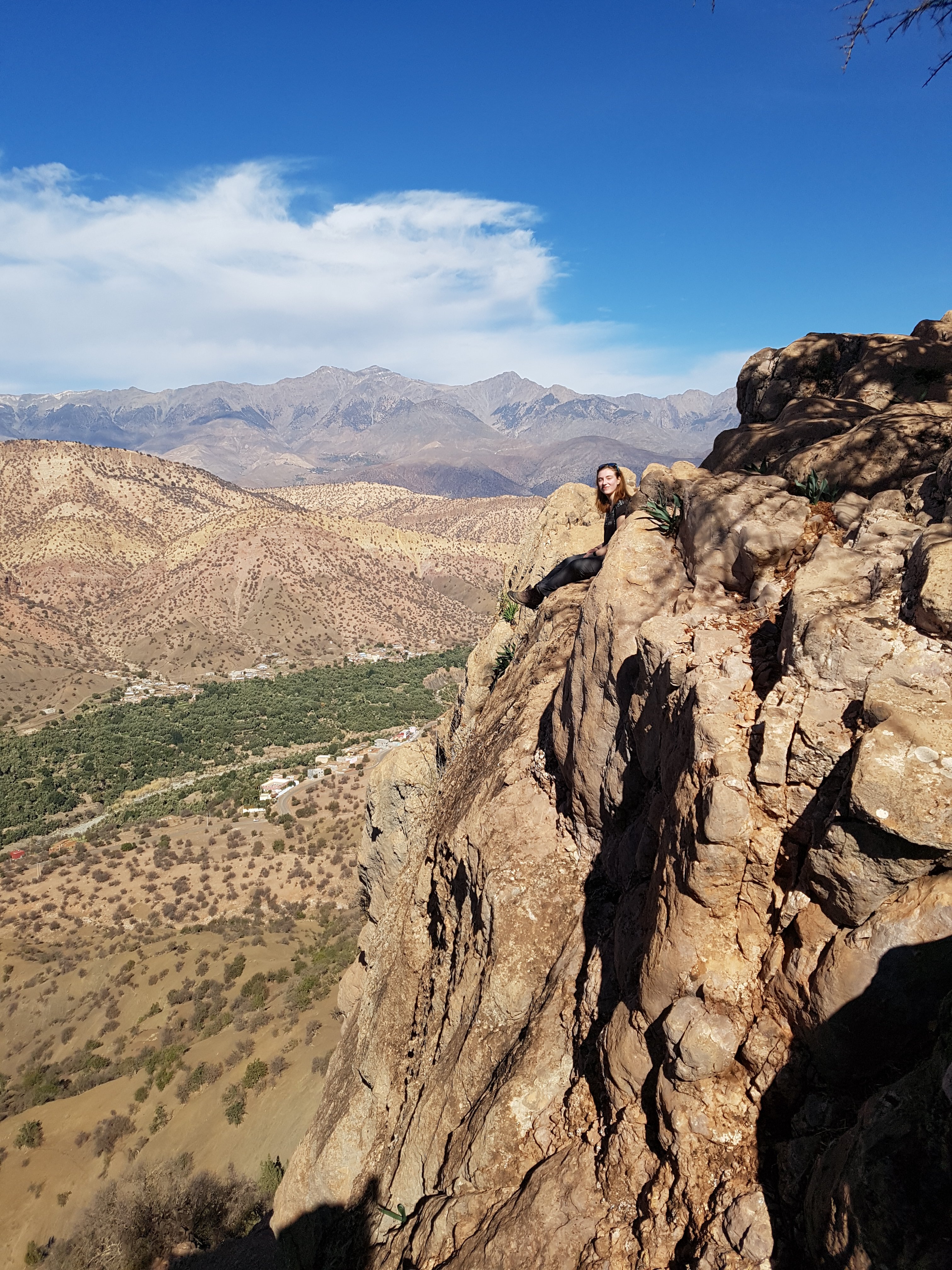 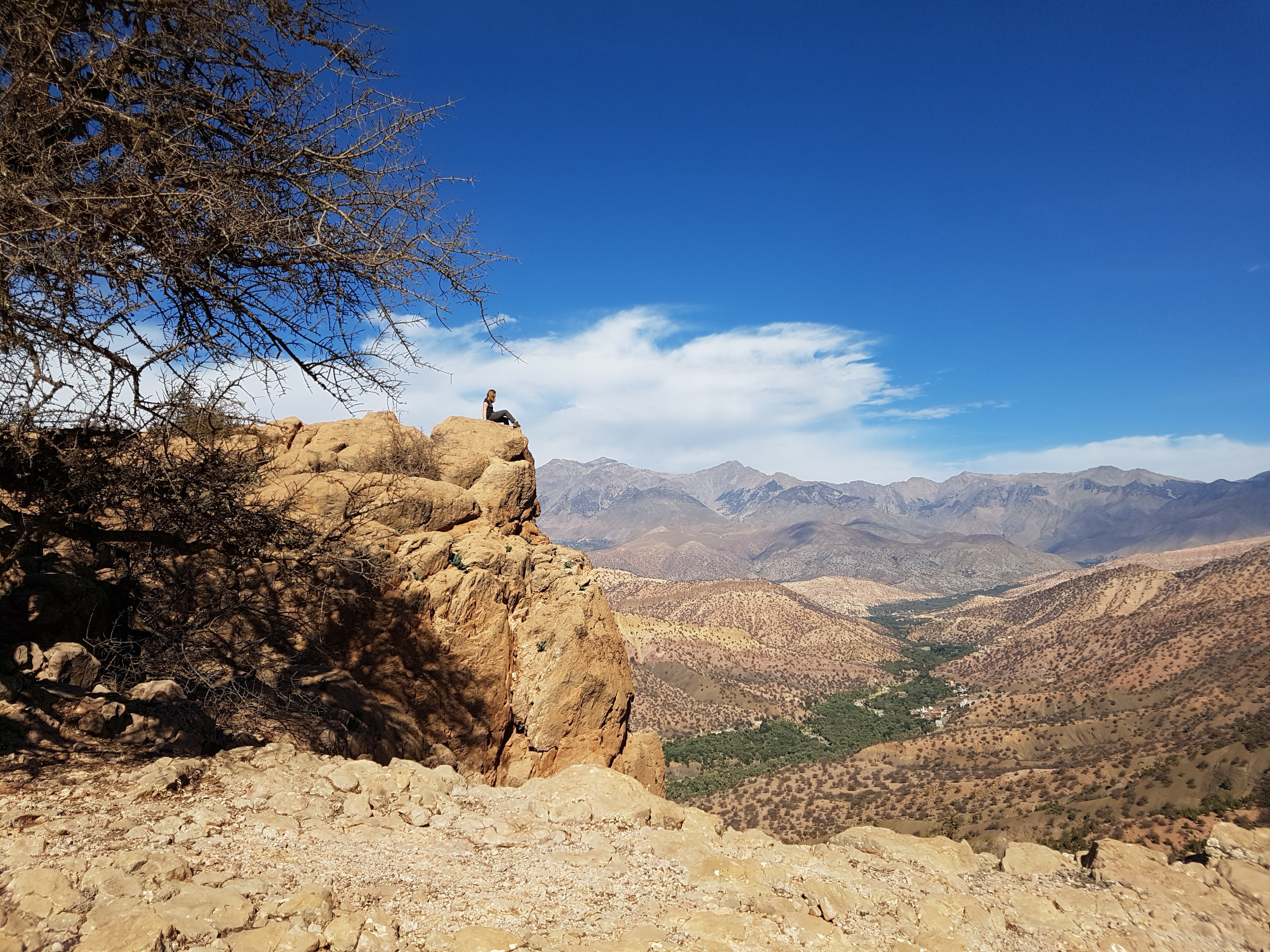 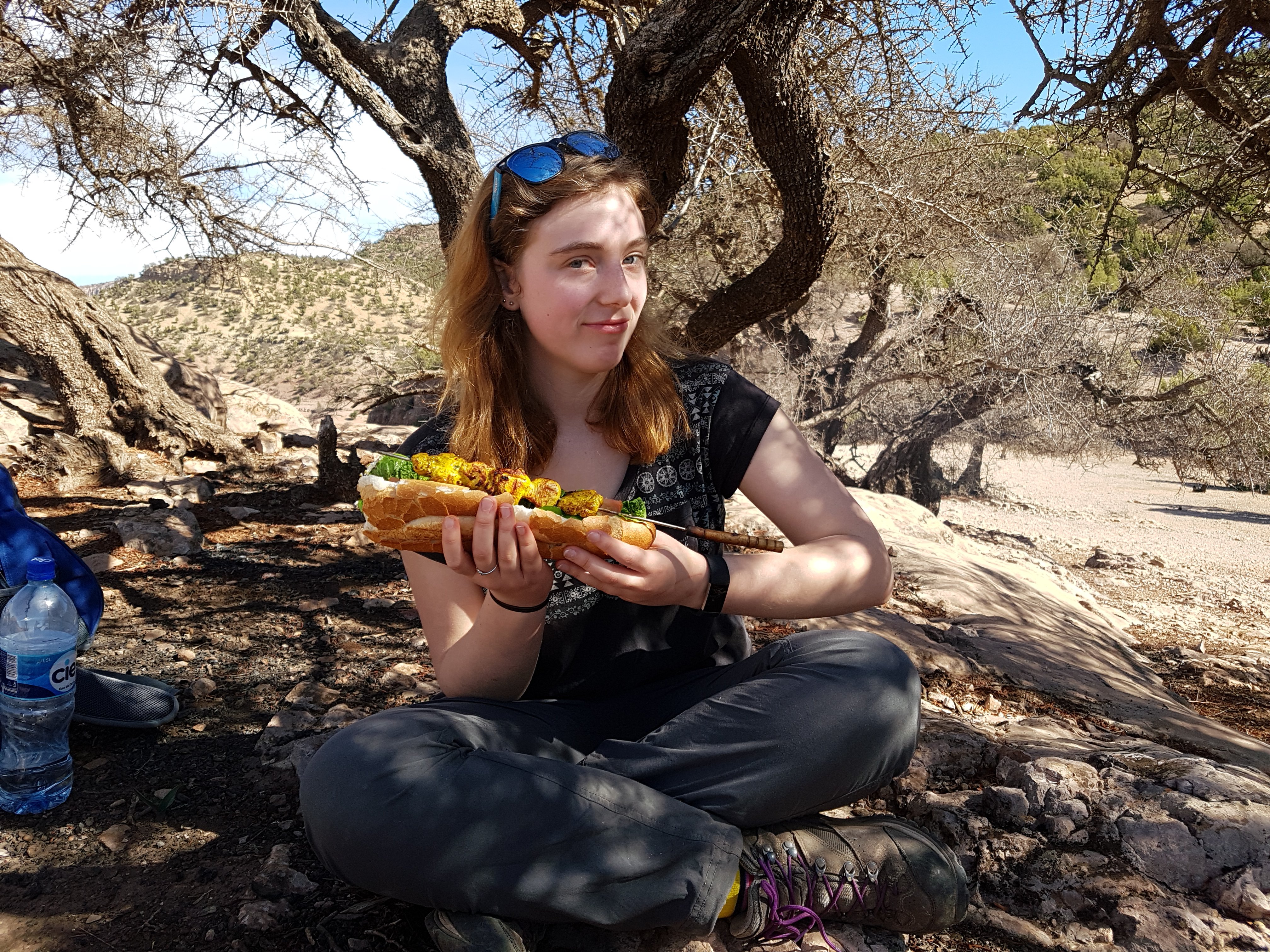 Prompt start this morning was attempted and achieved from Taroudant. The night was noisy with music and signing opposite until 2am and then the mosque at 6am. After stopping off at Said’s house to pick up his stuff and and groceries we headed north out of town. The animal market was running and as last week as I headed to Tafraout, a lot of people coming into town just for the meat and veg for the week. Lots of buses and overloaded pickups but alas no triple decker cow transporters. Drove for about 40 minutes up and out in the foothills of the western High Atlas and the village of Amzaourou. 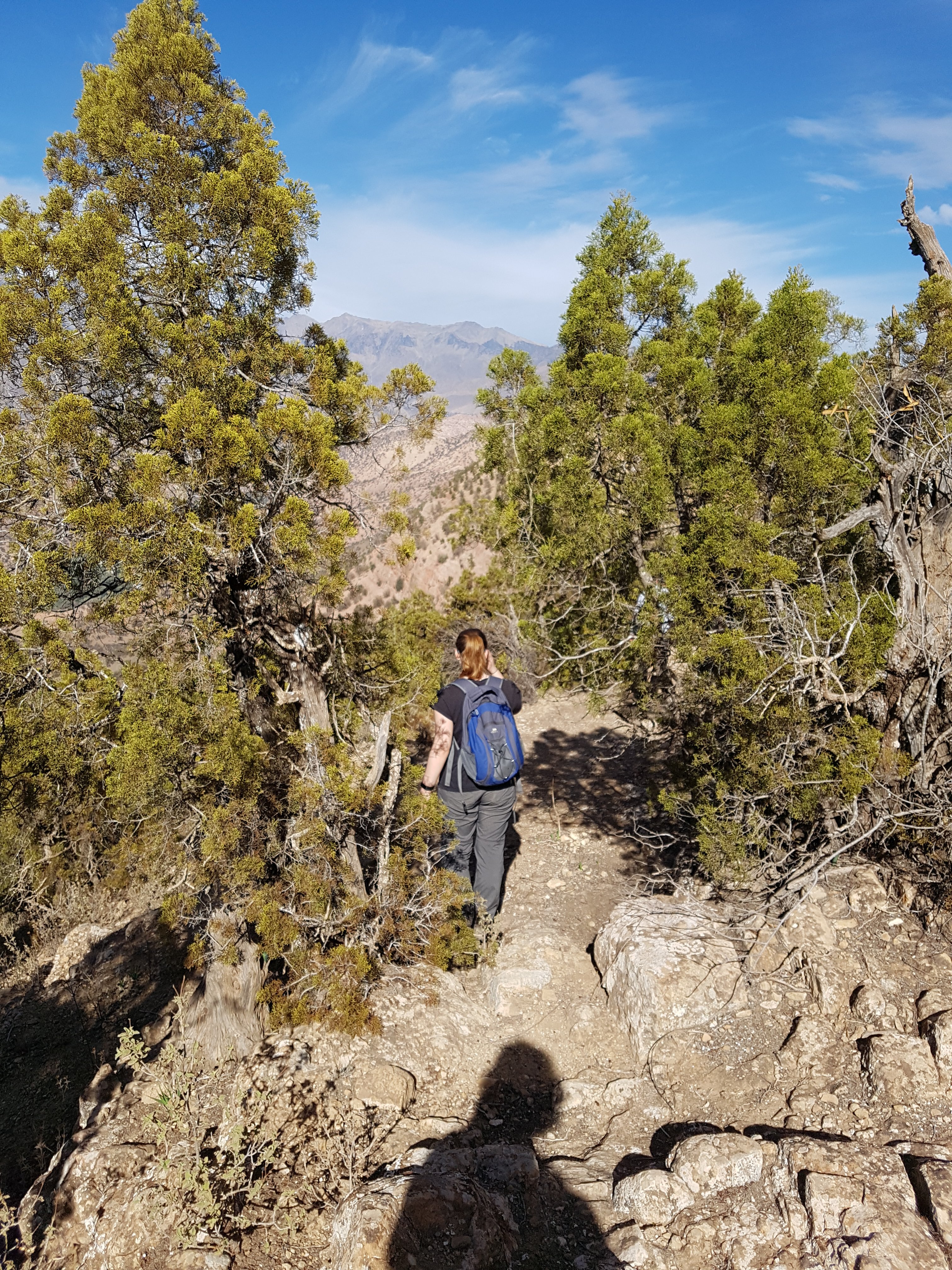 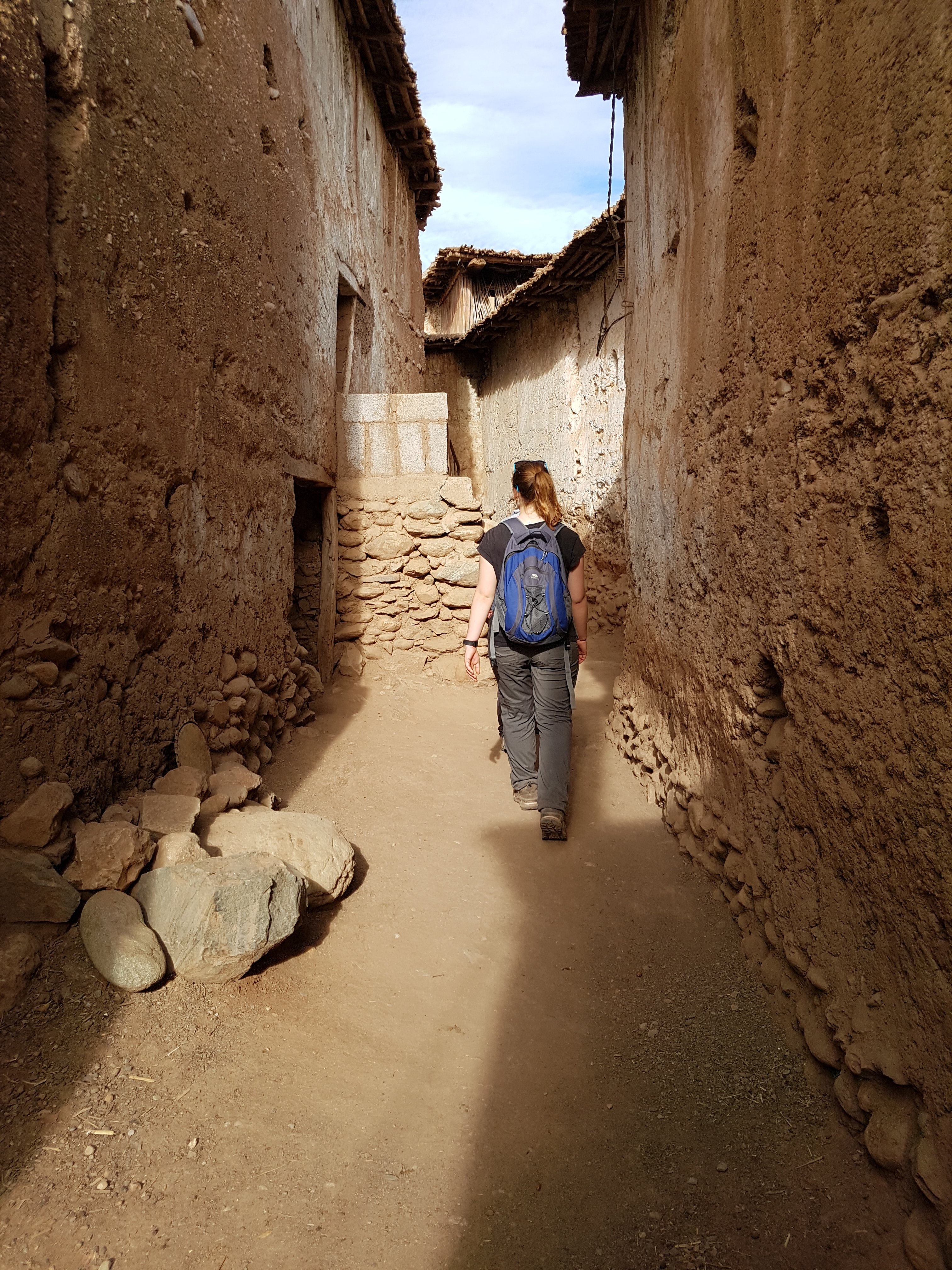 Met with the woman’s who house we were staying with that evening and handed over the ingredients for that nights meal, before we headed up to the left hand ridge of the valley. Remembered to bring some water and Said (this is the correct spelling) set a steady pace. Tamara was making good progress also and after about 3km and 600m of ascent we stopped for lunch at a really nice viewpoint. Said lit a small fire for making tea and brochettes which were provided with a good salad and also bread. 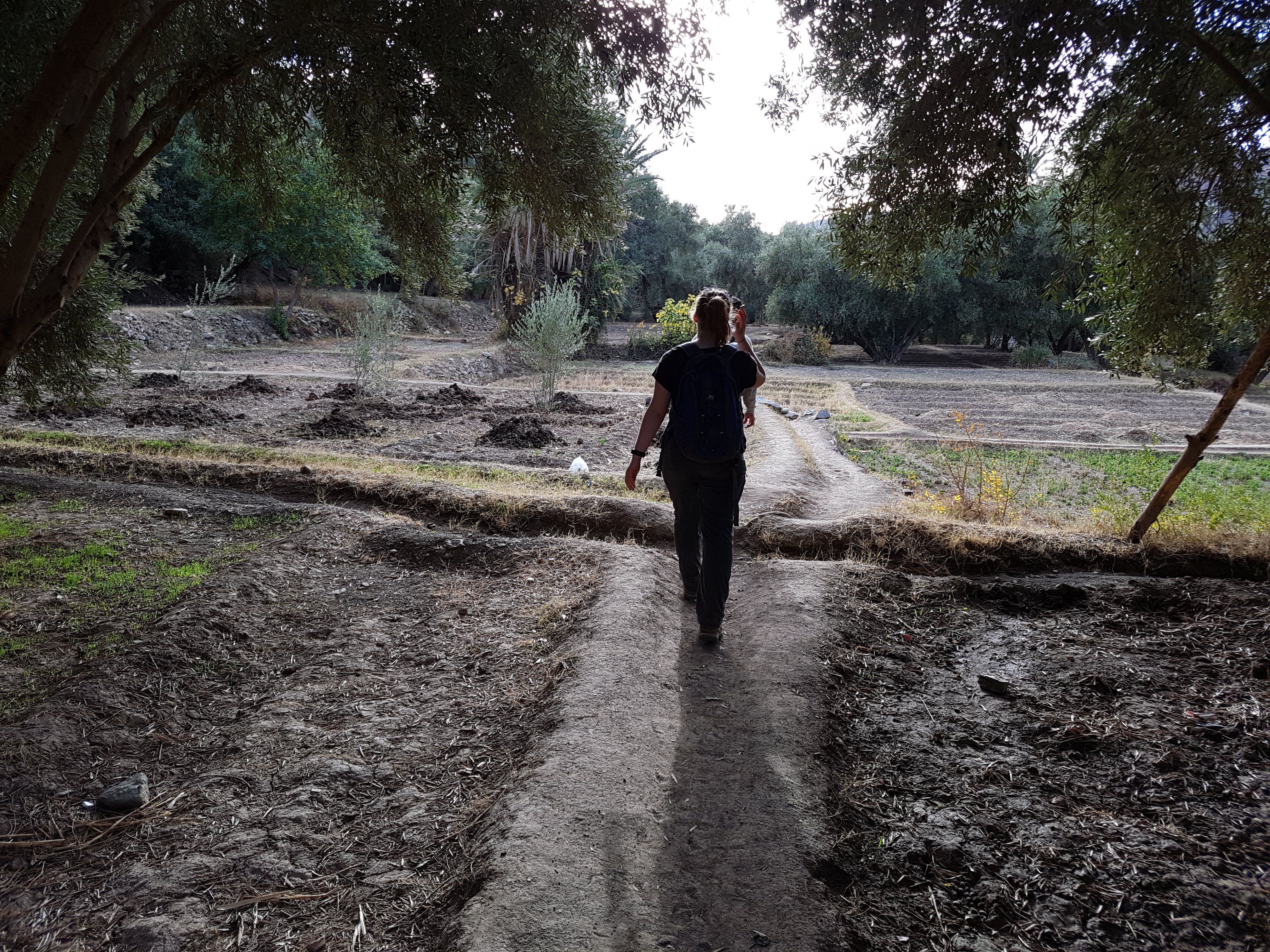 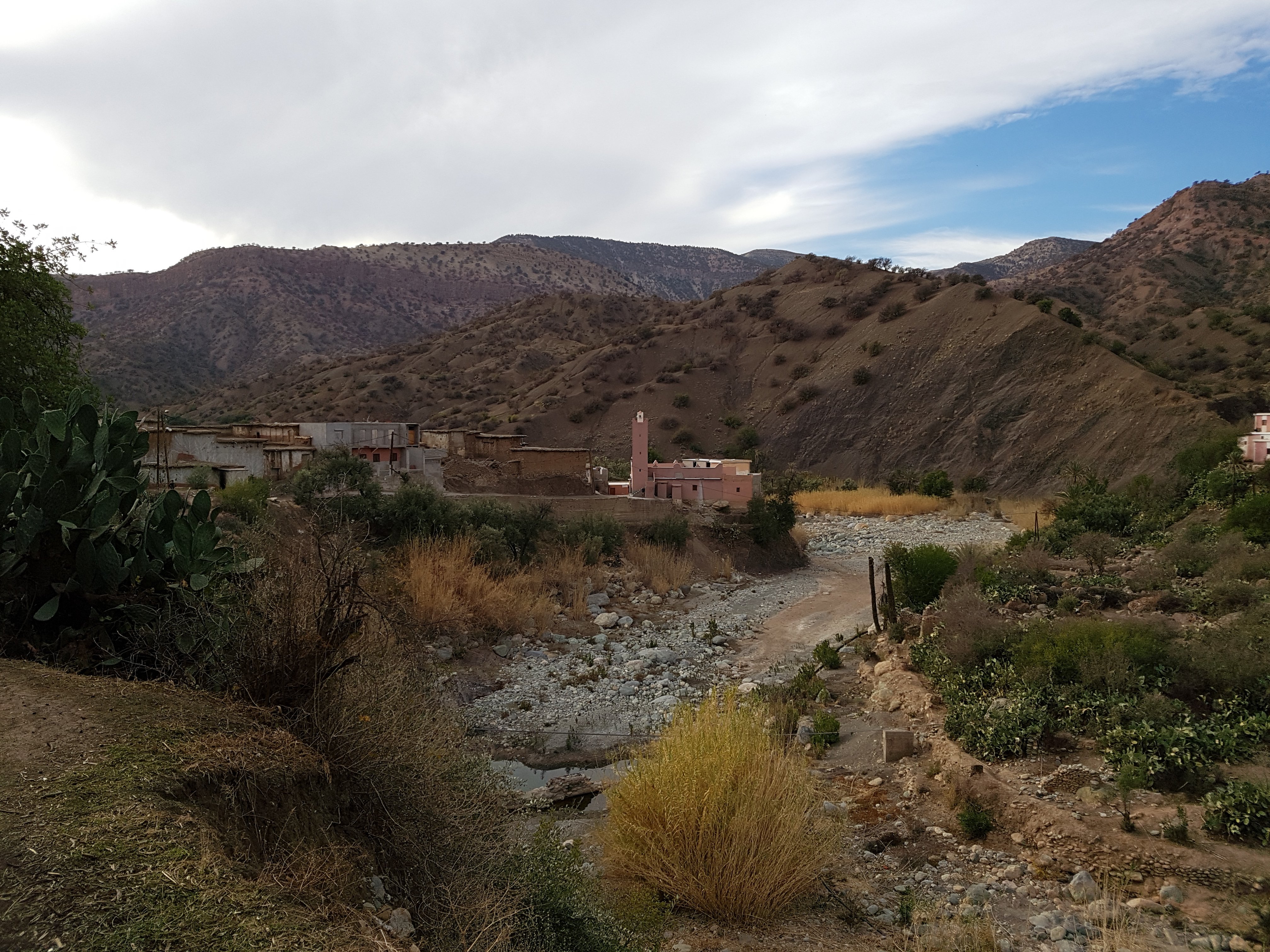 More tea and lunch continued at a pace not really worthy of the walk done so far. But the view was impressive. We eventually continued walking along the ridge before taking a pretty complex route down into the valley. Walking here doesn’t really follow any paths except for a few goat tracks from time to time. It’s both stony and loose underfoot and you need to watch your step most of the time. Very different from a walk in the lake district. The walk continued down through the valley and the villages where you sense that the pace of life has gone unchanged for quite a while, however this are indeed changing. Back to the van to sort out things for the evening stay in one of the houses. 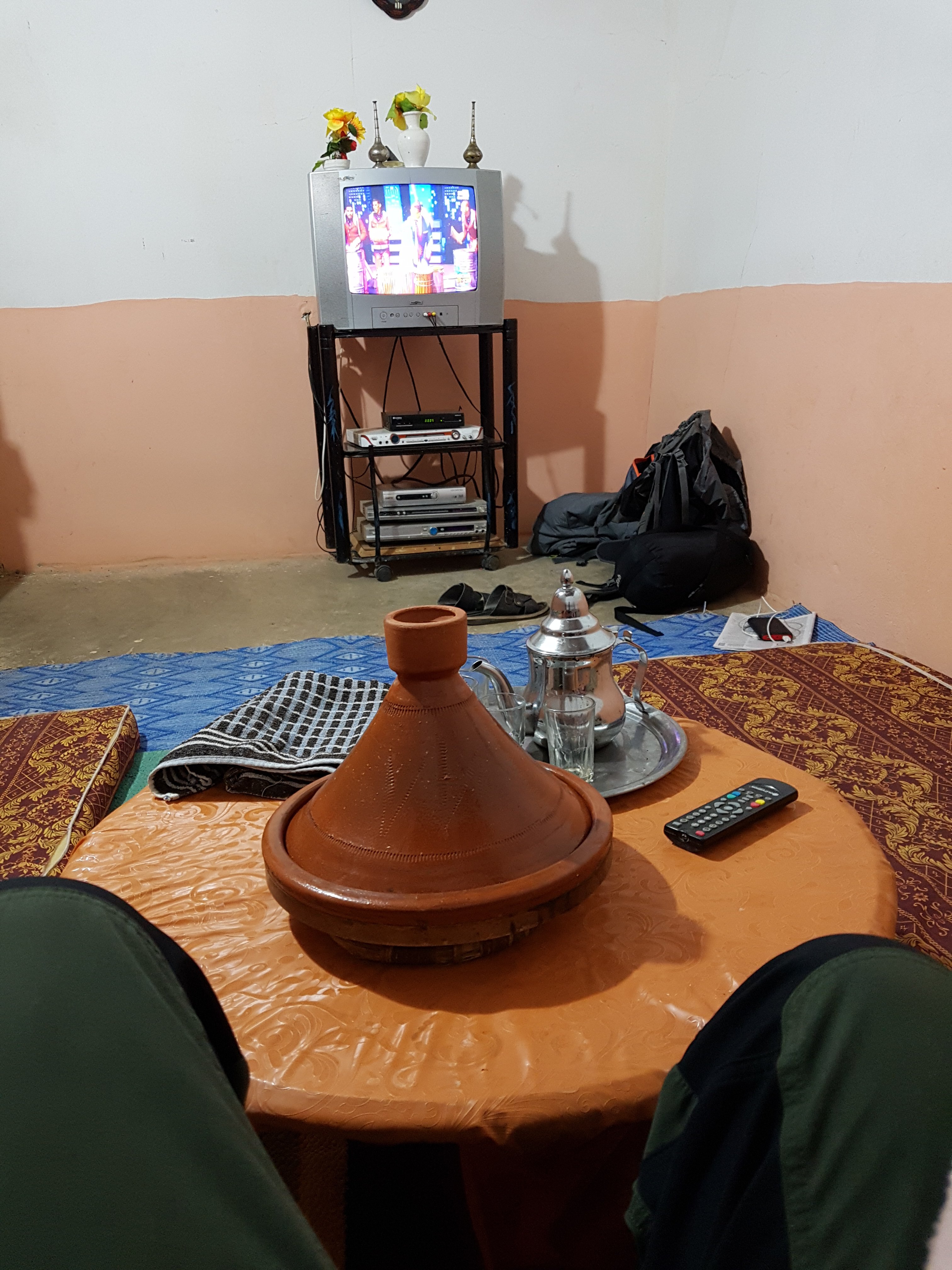 A memorable News Year Eve with tea and cakes and dinner of home made bread olive oil and chicken tagine. Dinner was eaten communally from the one tagine and using the bread. There was plenty of food and by the time we were finished you could feel that you were tired. In bed and asleep by 8pm and whilst not unheard of for me not to make it to midnight this indeed a bit special.

Indeed an M Night Shalyman (sp) film but something that in a wider content that came up in the conversation with the Dane at Sidi Kaouki a couple of weeks back. That people have no real connections to the cycle of the day, to living based on necessity and within a real community, that they are struggling with modern life. The Dane made the valid point that the village approach is much more in the correct cycle of things and how we live our lives. I agreed to some extent as cities and modern living rationalize things to such an extent you don’t know what your role is anymore. In the village there are distinct roles for individuals and also for the community. 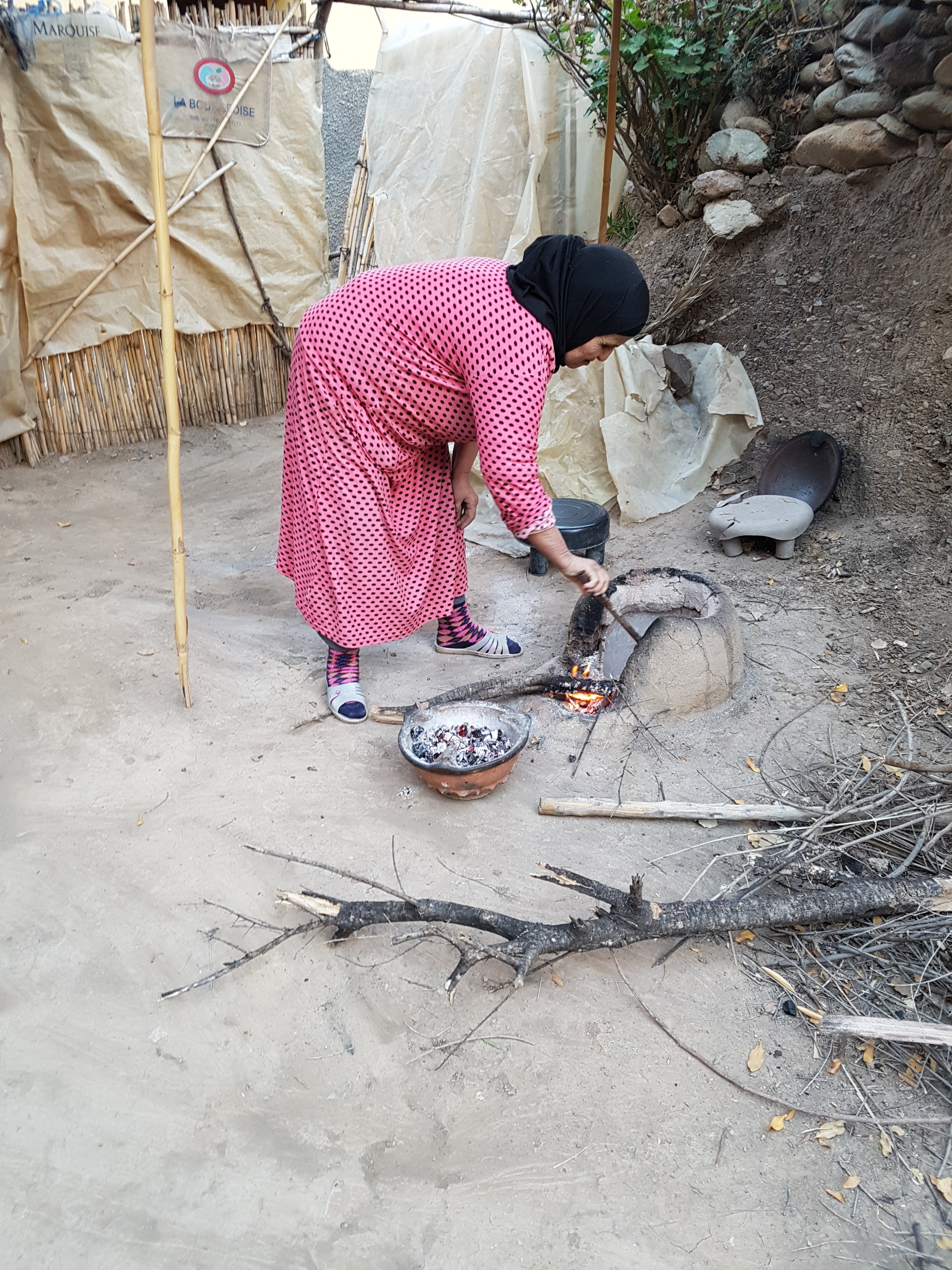 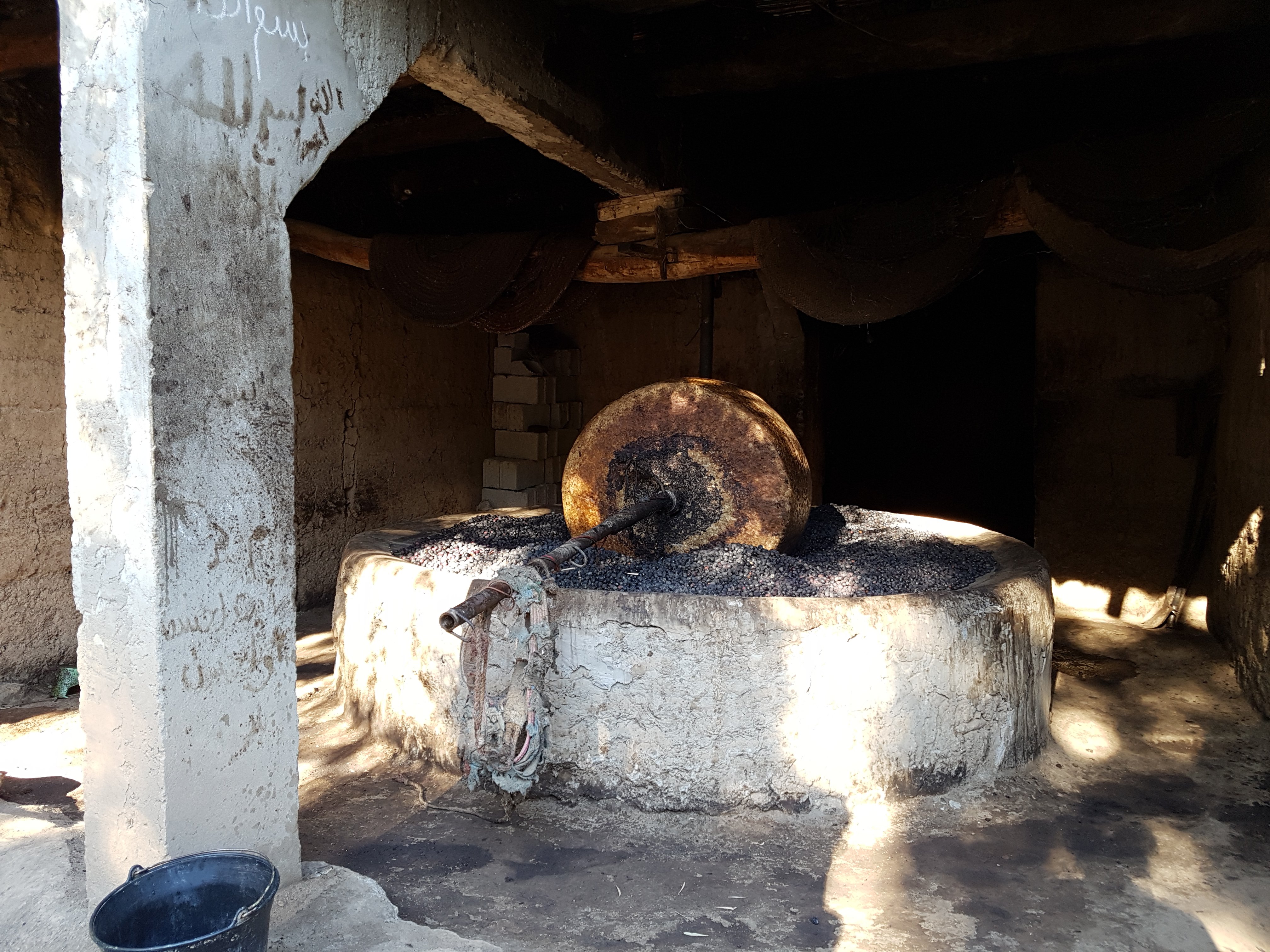 Amzaourou is a village where there are individual farmers each of who have a donkey, some sheep or goats and also chickens. They have a small piece of land to grow vegetables and wheat (if there is enough rain usually in March) and most importantly some olive trees which are unusual this far south. They are watered by the river from the Atlas whereas normally you’d only find Argan trees. What’s great is the cycle of life is simple and though poor there is a rich sense of belonging and being part of something which includes the land and the community. The lady we were staying with is the local midwife whilst others also have specific skills others can call on. The olives are being harvested and it’s a community effort to process them which is not a easy job for human or the mule. The olive press is little changed for a hundred years or more and while olive pressing is mechanical in Taroudant it’s mule powered in Amzaourou. Village life is nostalgic and nice to be part of but it’s also inefficient and not going to make you rich. Three sons from the house now work in Casablanca and Tangier as there is little to sustain them in the valley. Olive production is less than 50% of what it was 15 years ago and this is because there is now a lot less rain. The river has not been full during those 15 years and the economics, however small they may be, mean that it’s dropped below subsistence level. Yes aspirations are higher for younger people but there is also a need to exist. 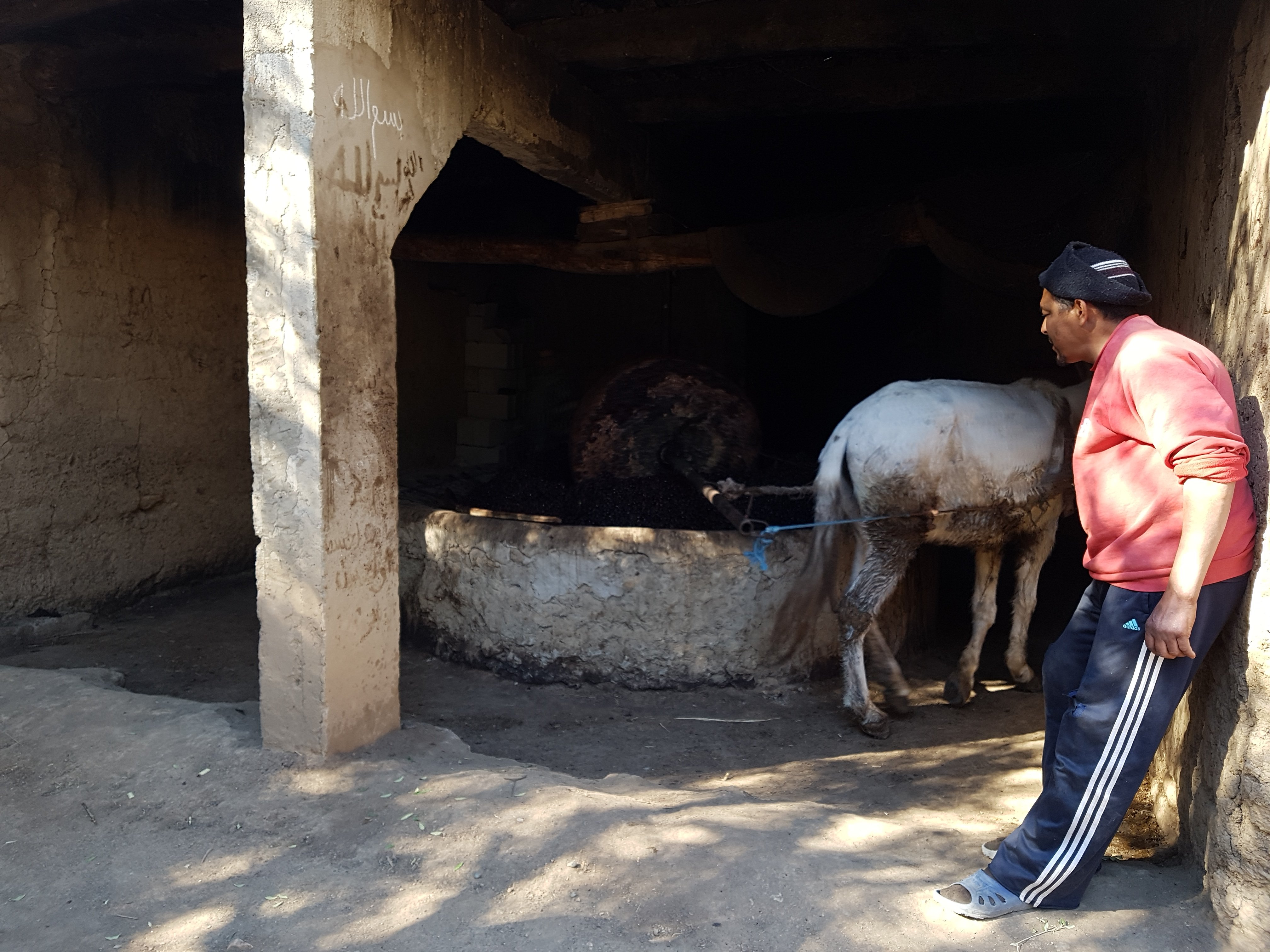 Day 2 of the walking and it was a lot warmer with temperatures at 29 C which isn’t normal for Jan 1st. The walk up to the ridge on the north side of the valley wasn’t easy and Tamara was feeling the heat. We cut things short but the ascent and descent was more scrambling than walking and pretty adventurous. Back to the house for couscous which was again excellent and communal. Nice to chill and even the locals were saying it was hot. 4pm and we were back in Taroundant and having a nice shower and relaxing on the terrace as the heat of day disappaited. 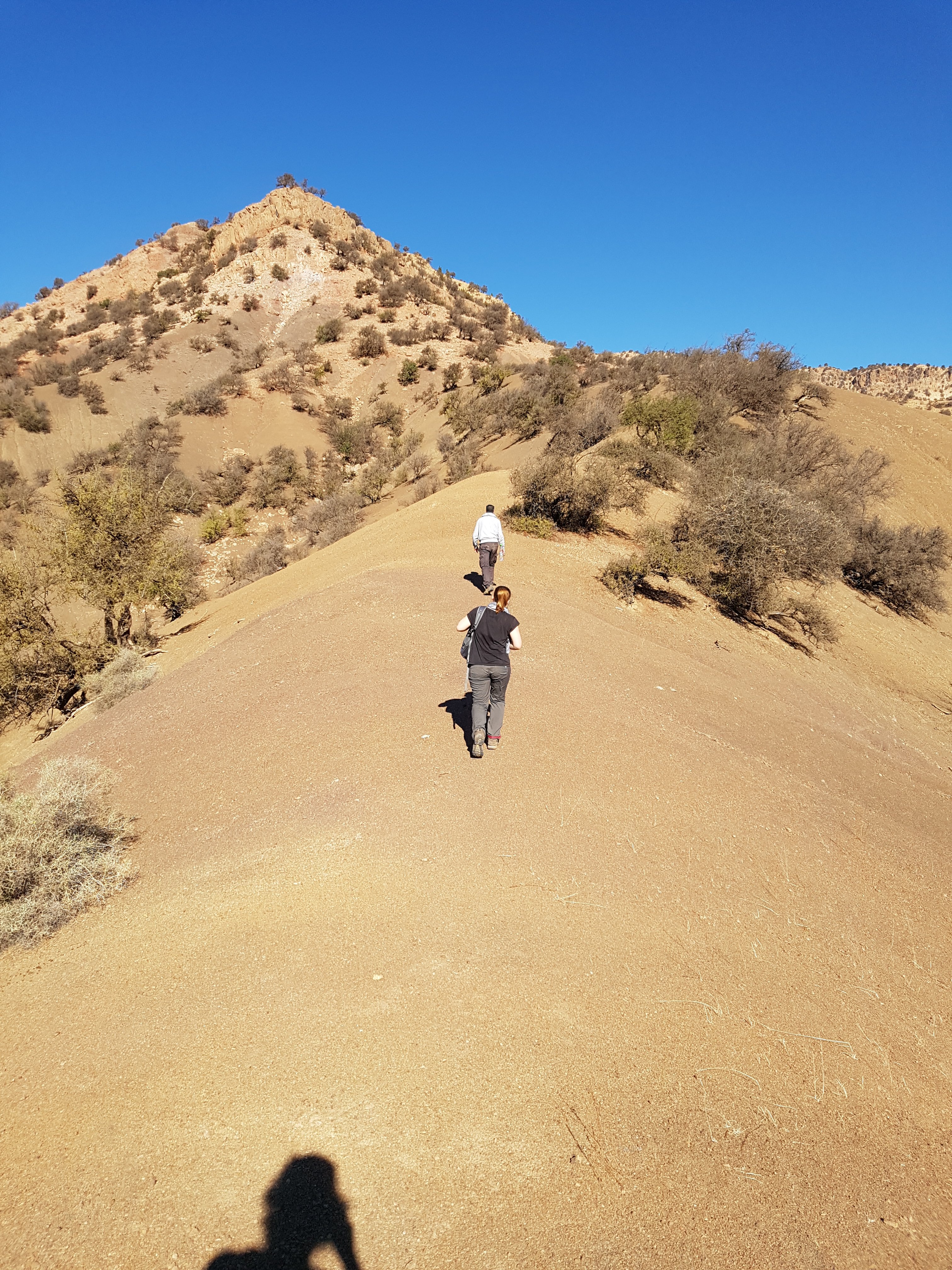 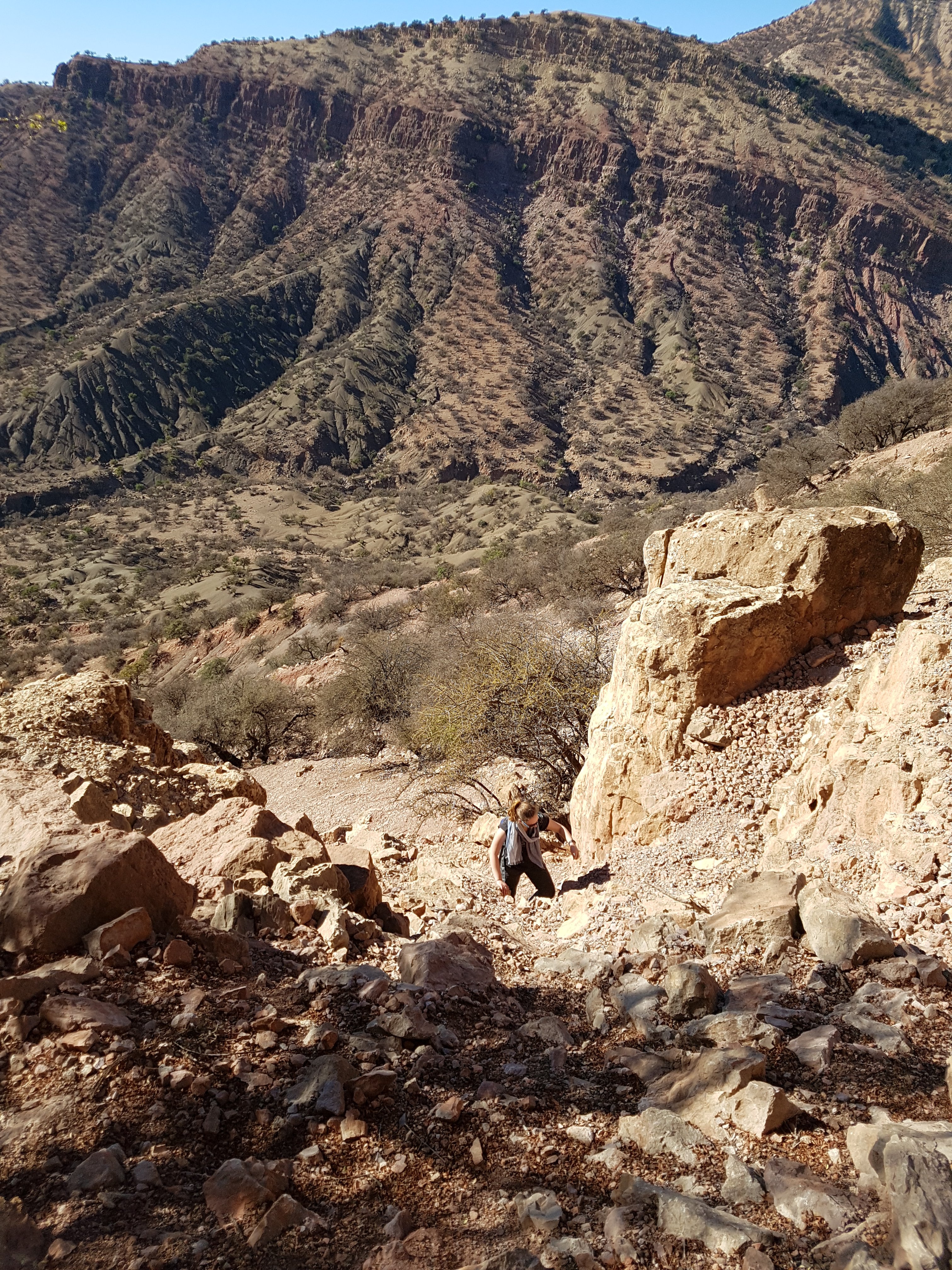 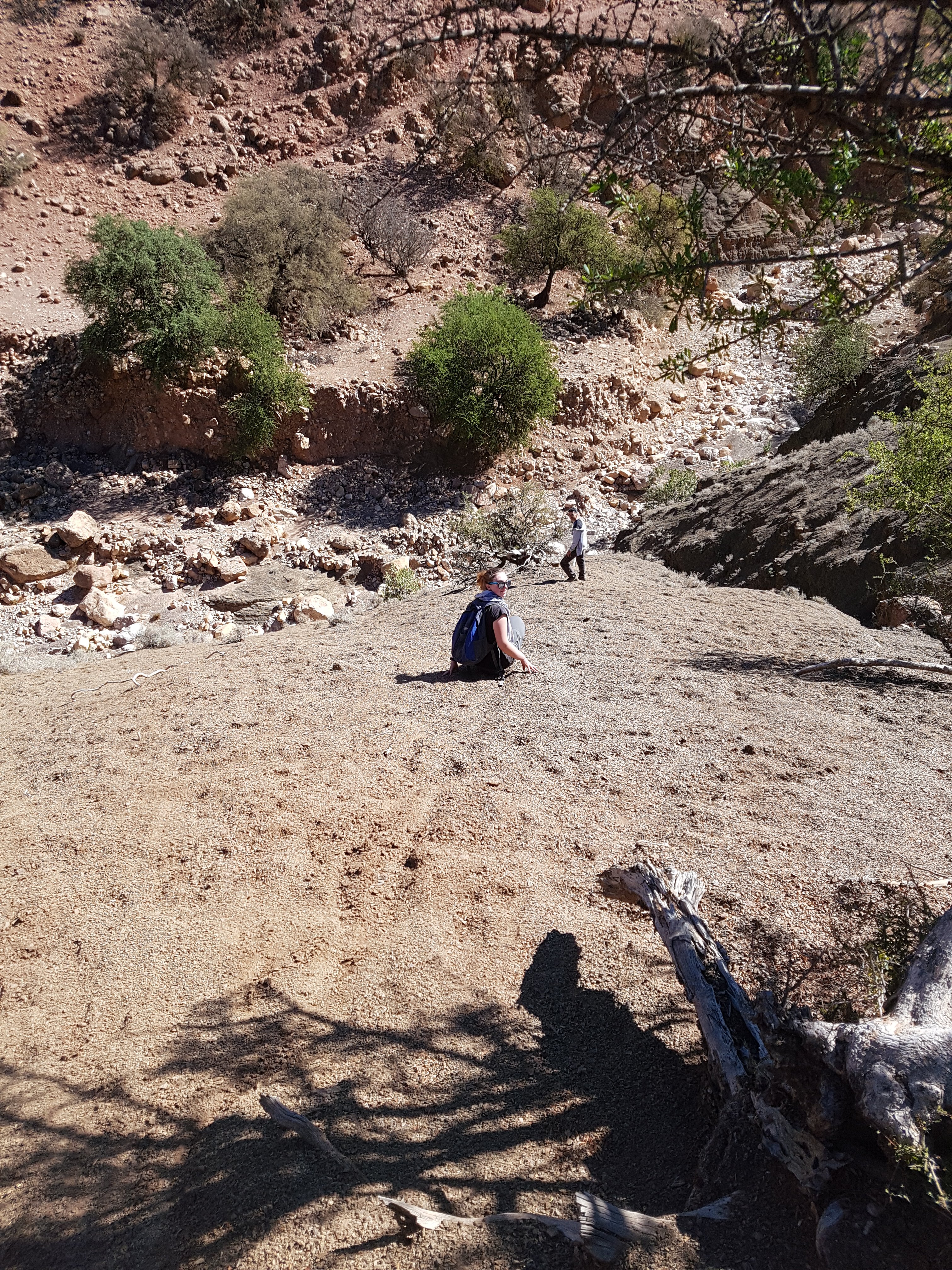 Can of course recommend walking in the Atlas and based n=2 days there’s of course some obvious things to point out .

A lot of the usual suspects for trekking holidays will give you good quality but at a price significantly higher than you can arrange by finding a guide locally. 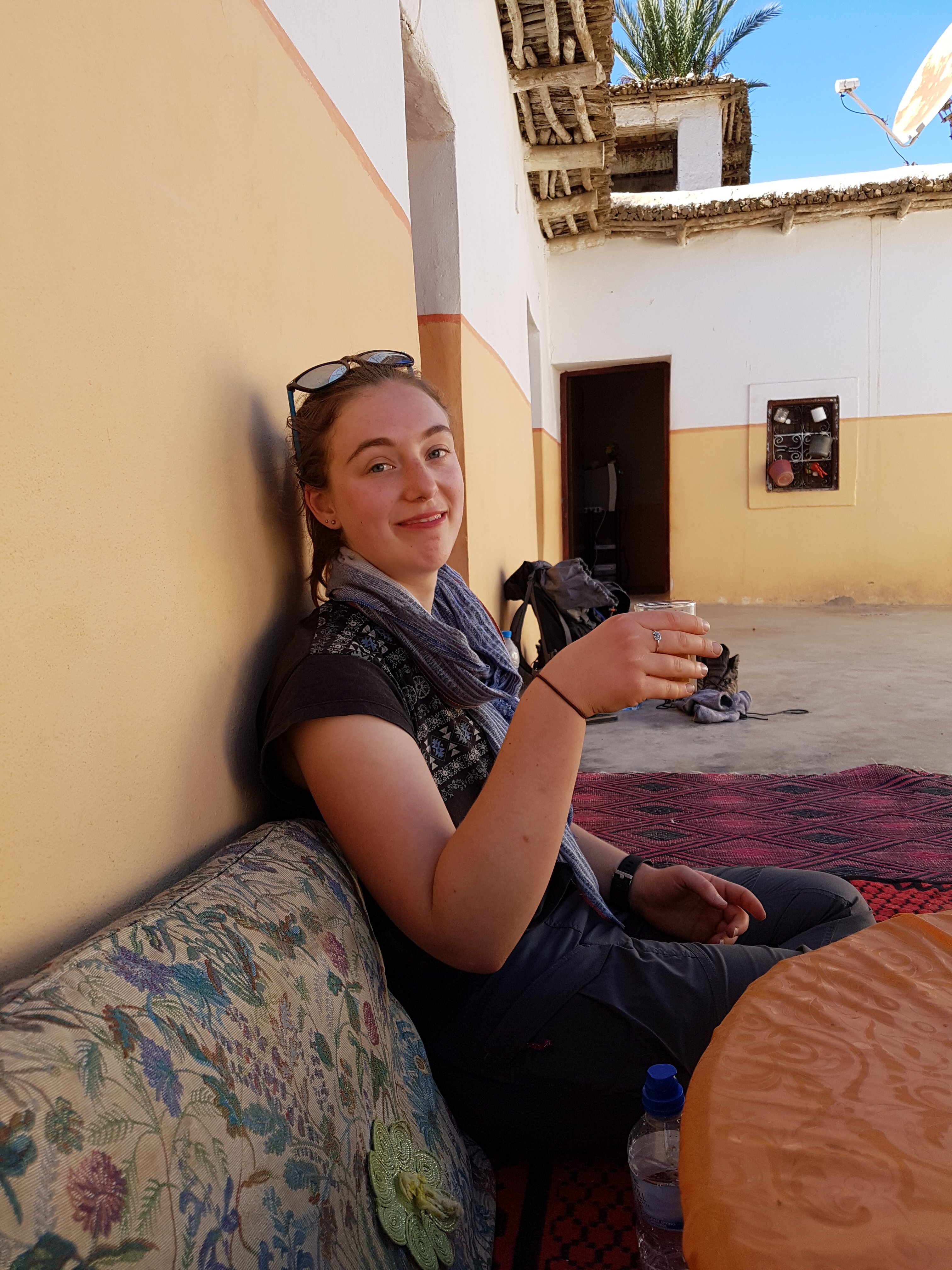 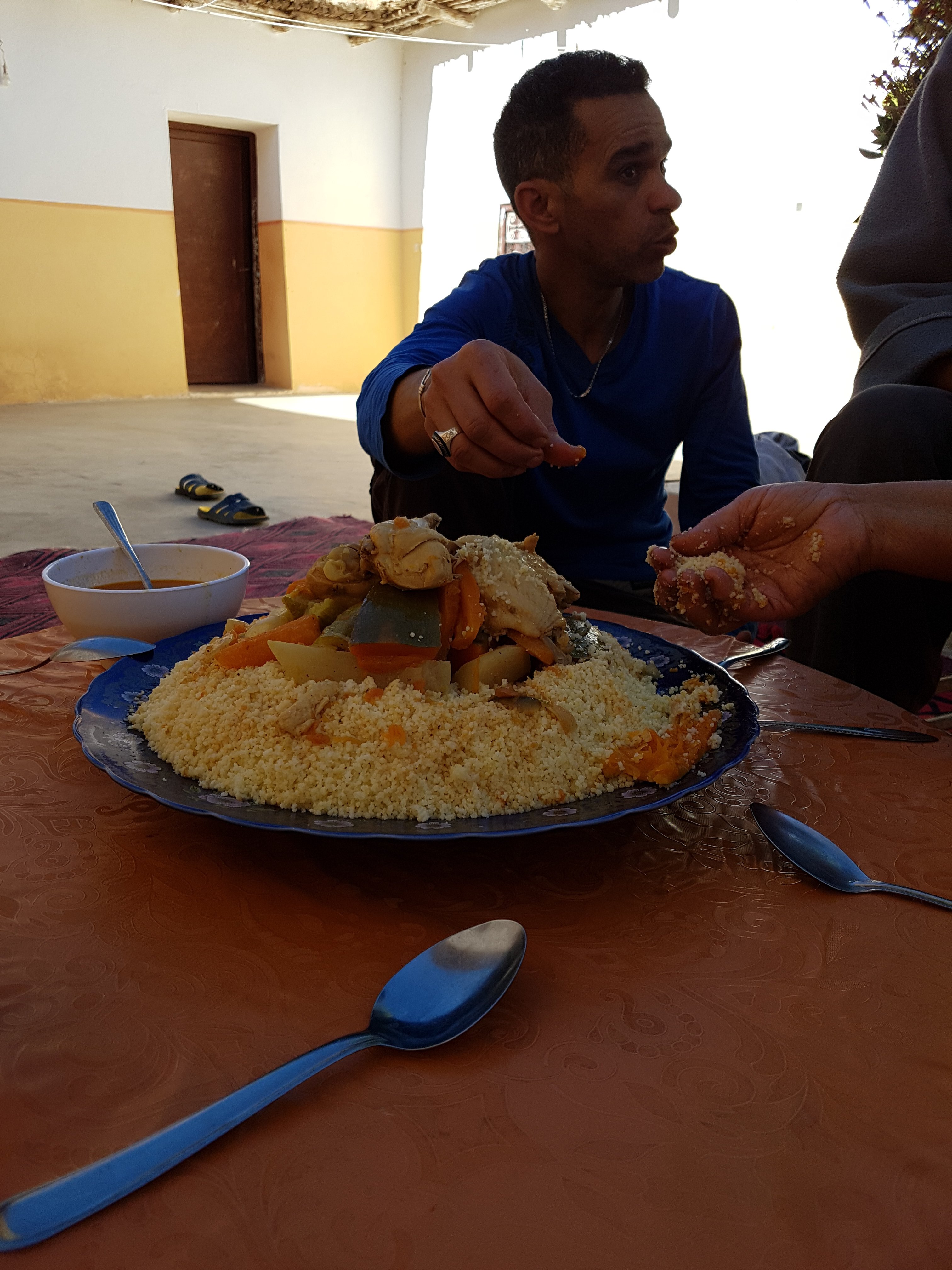 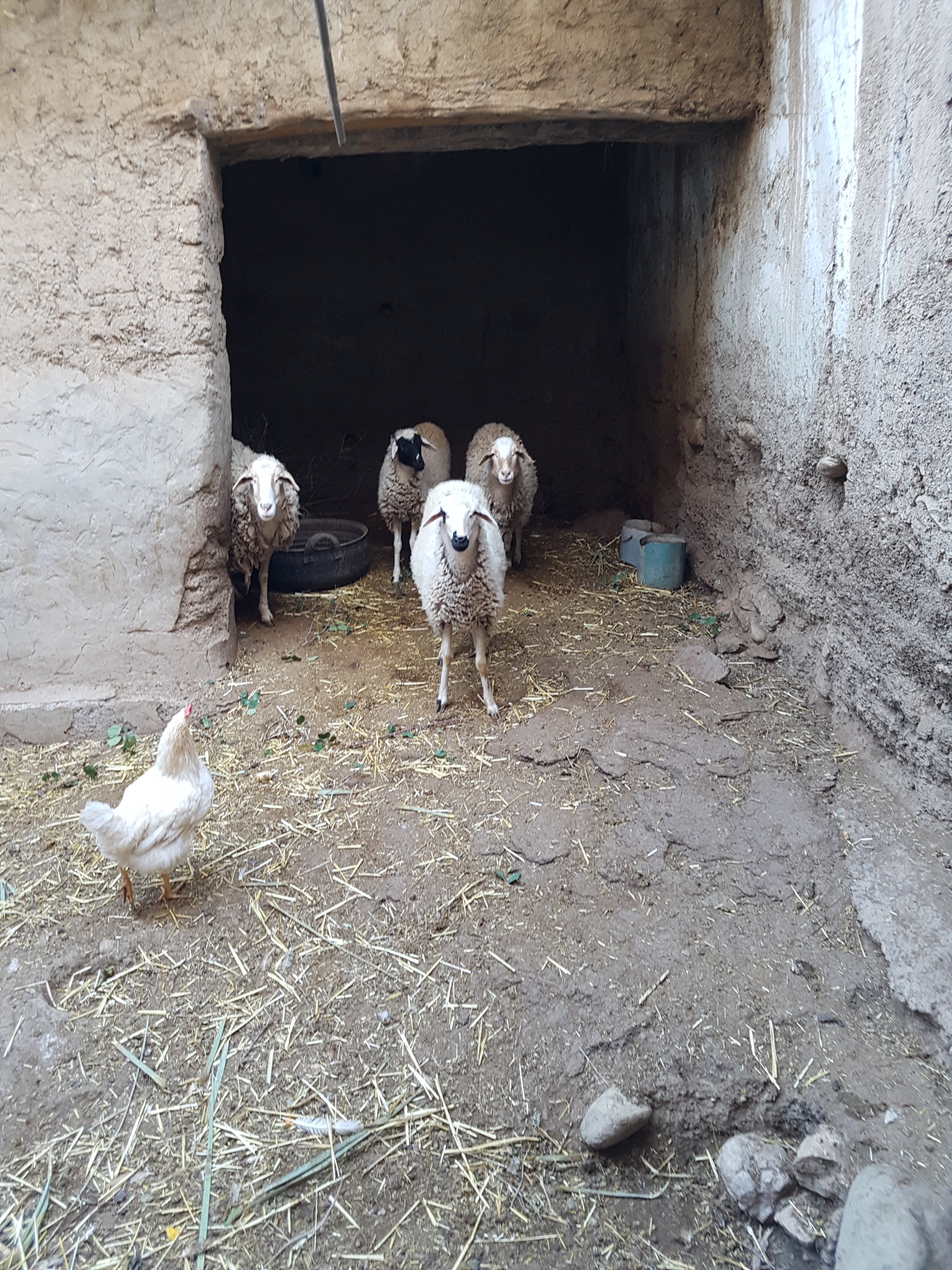