End of the road, almost 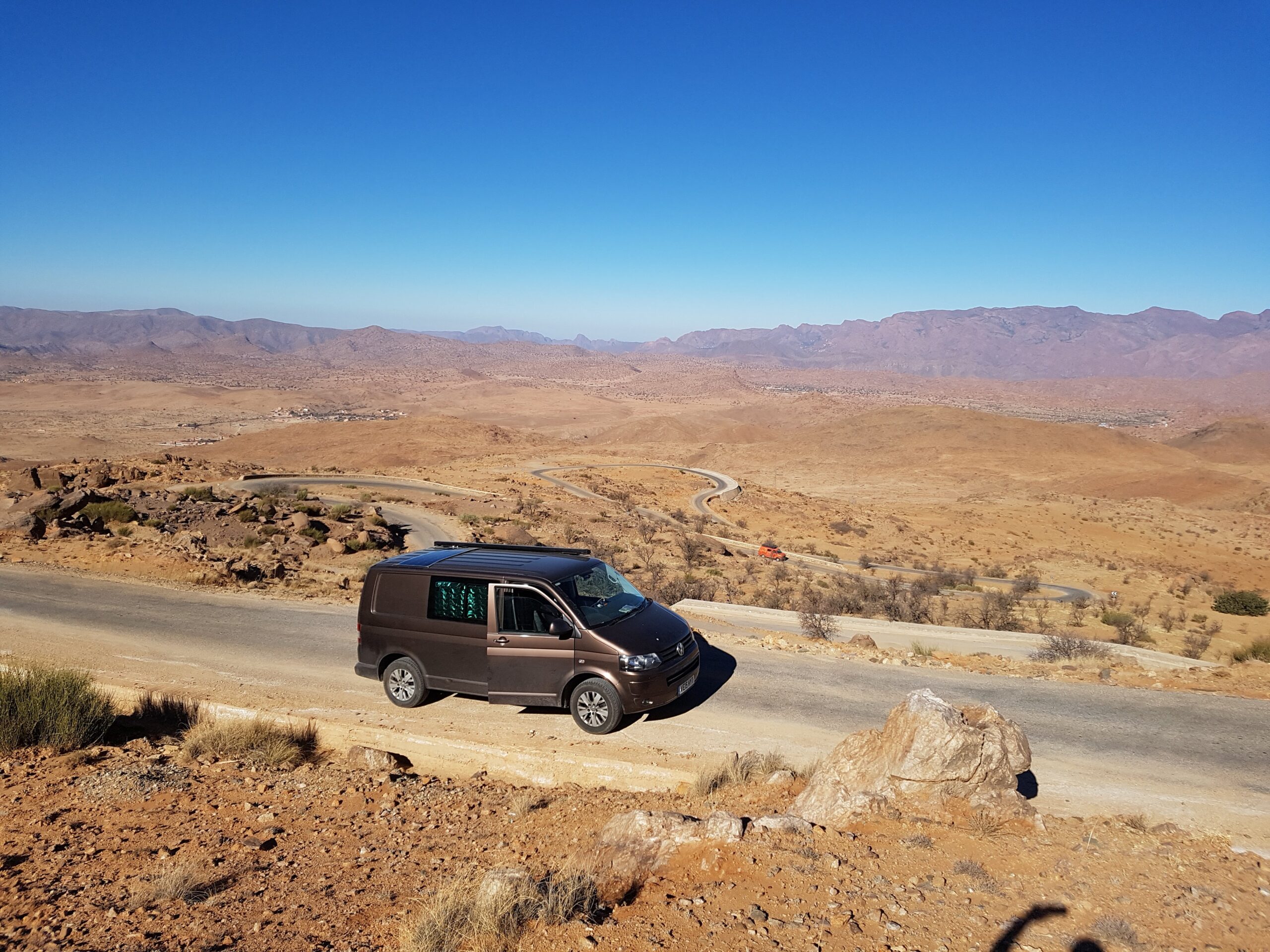 Headed south from Tafraout this morning on a mission to visit the palmeries in the gorge at Ait Mansour. Got a good write up in the Rough Guide and being 25km away a bit too far to cycle. 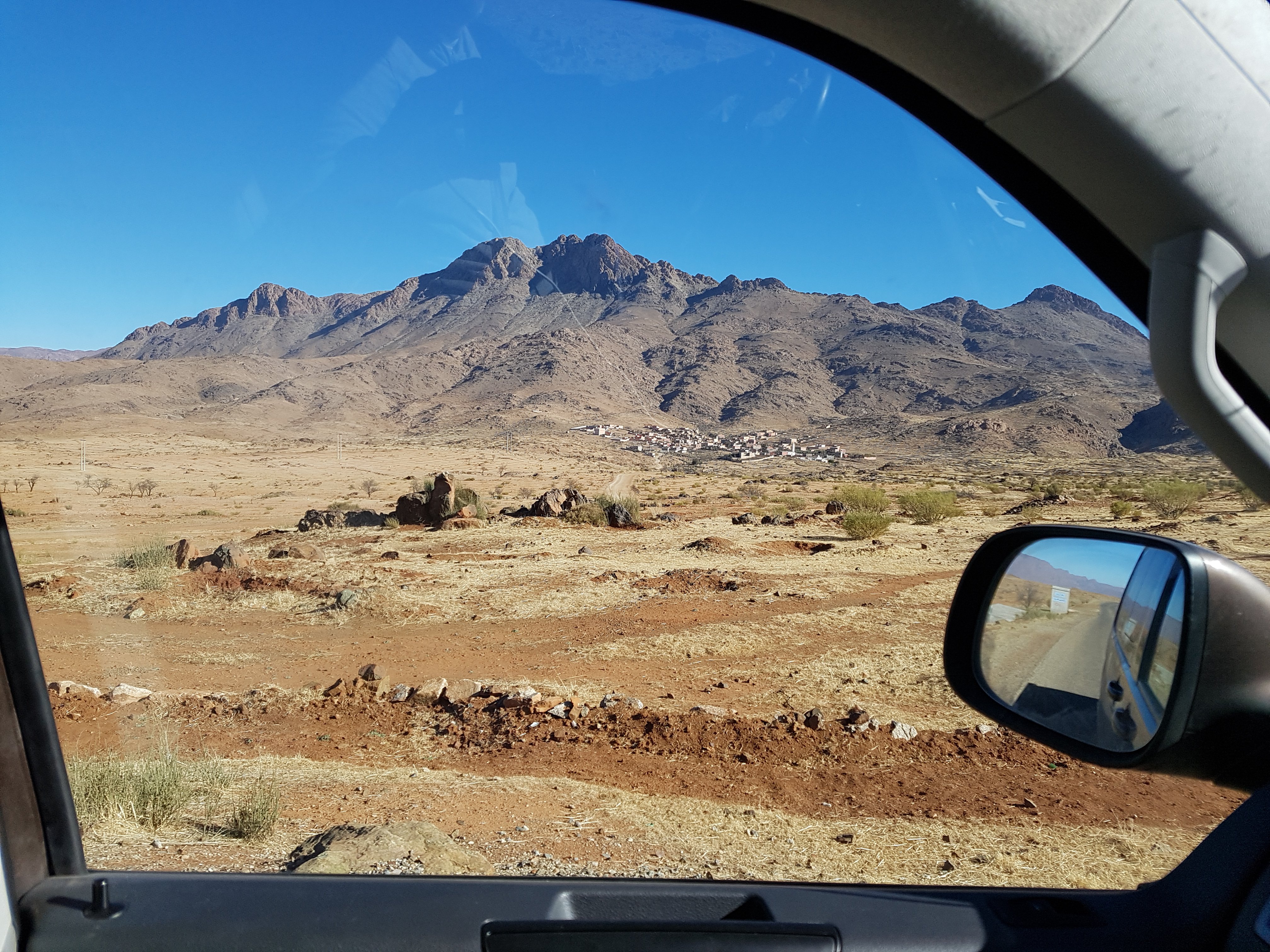 The road headed steeply away from Tafraout up a series of hairpins which sees the regular labour of tired Ford Transits and Merc 510s, as well as 2 up 50cc mopeds. Across the top plain and through a village where I stopped for some bread and strawberry jam. The road down to Ait Mansour was impressive with the palm trees below. A real oasis in summer where their density in the gorge must provide some relief from the heat. There were a few visitors walking the road and I carried on down in the van till the road junction 6km on at the bottom. Here a piste (for 4x4s) heads off south for 100km to Ait Herbil and the last road before the Algerian border. Very much the farthest south for me and the Transporter. 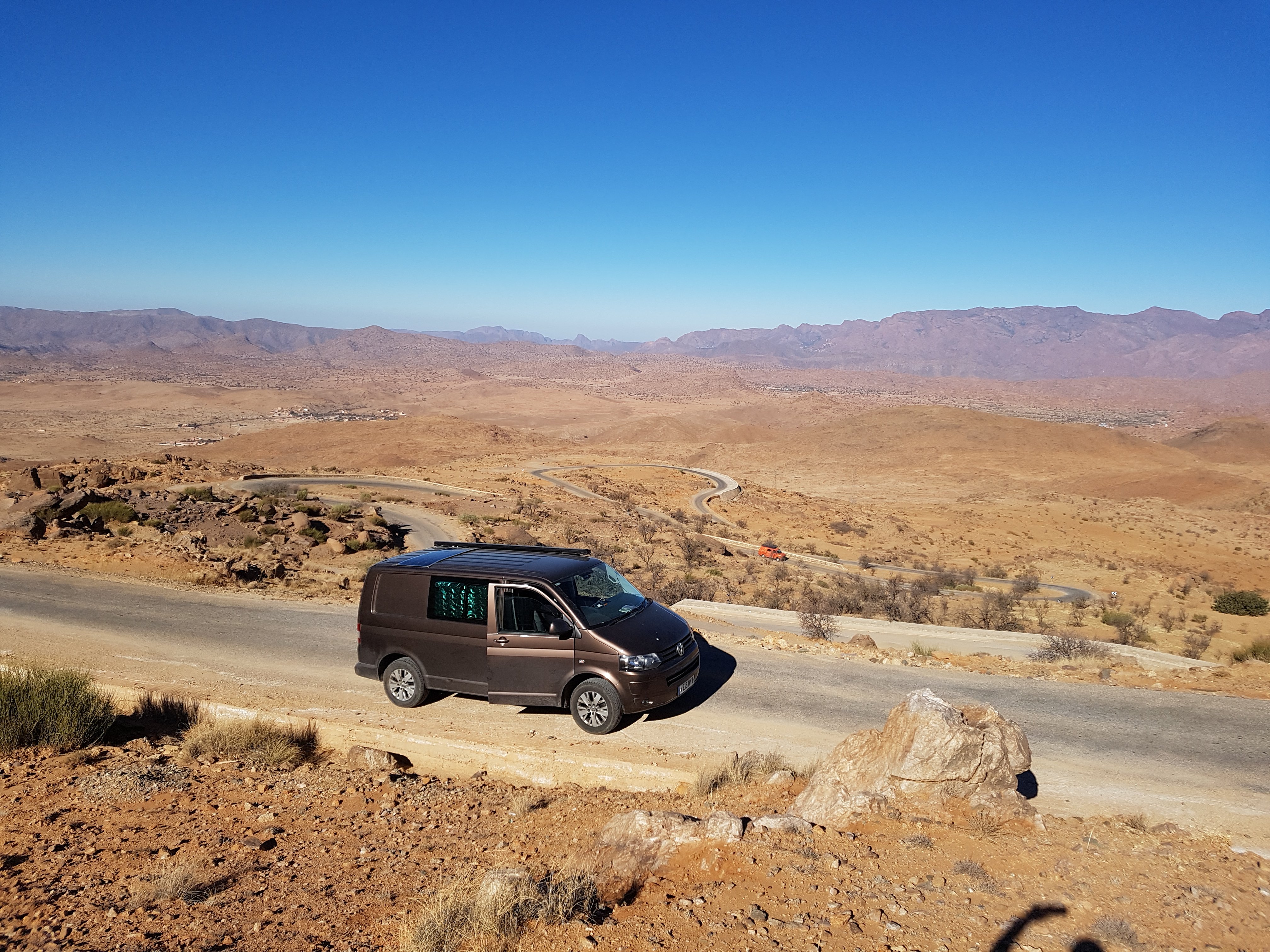 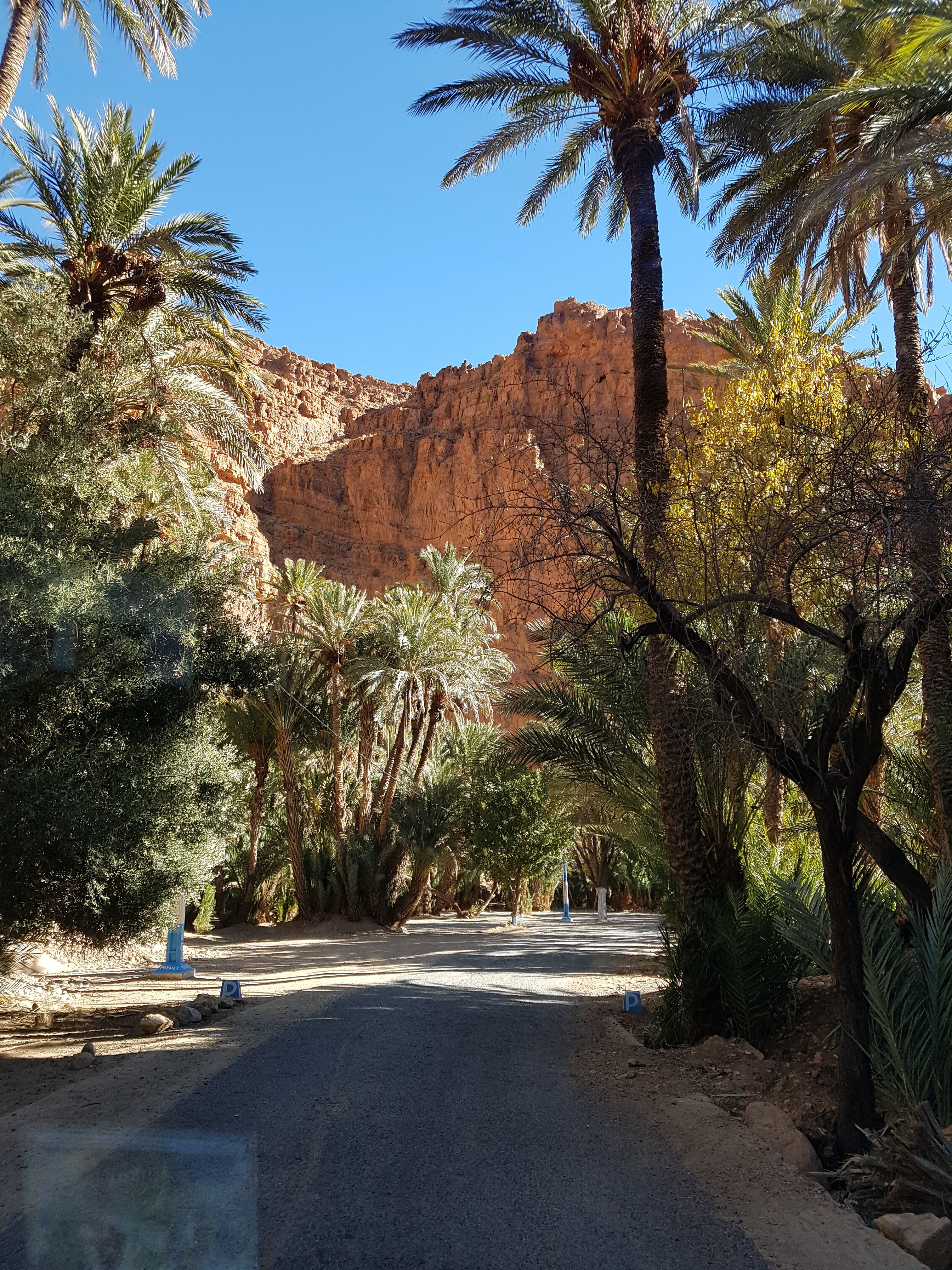 I headed left up another valley and past the small village of Souk el Hadid Issi where there was a school and a road to the Akka mine. The Rough Guide wasn’t clear and the map showed a gravel road (piste) up past some other villages and a circular route back to Tleta Tarzite (where I’d bought the jam). The road had recently been resurfaced so I followed up through more palmeries to the village of Temguilcht. As the guide book says none are that exciting but the gorge and scenery is. 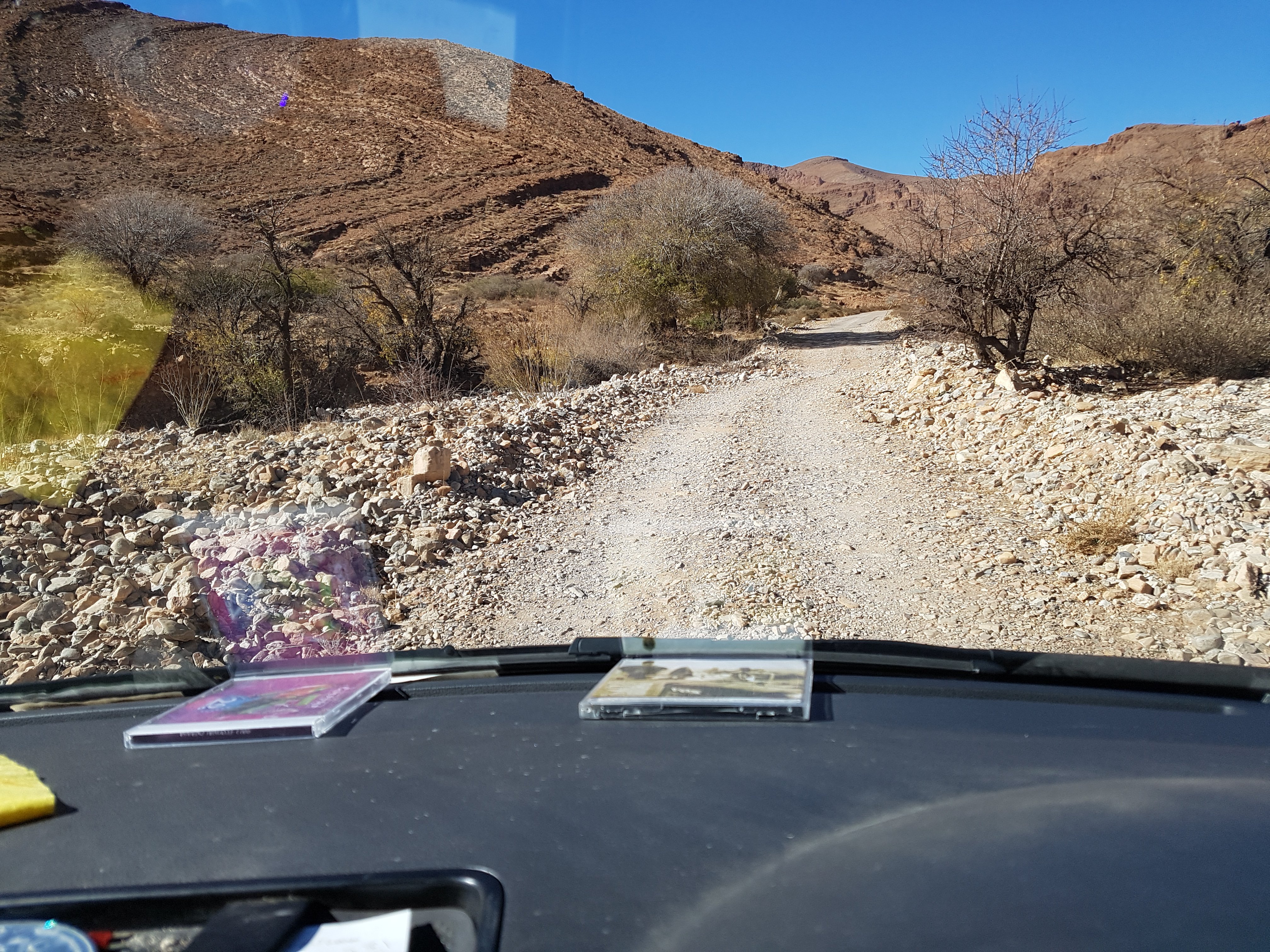 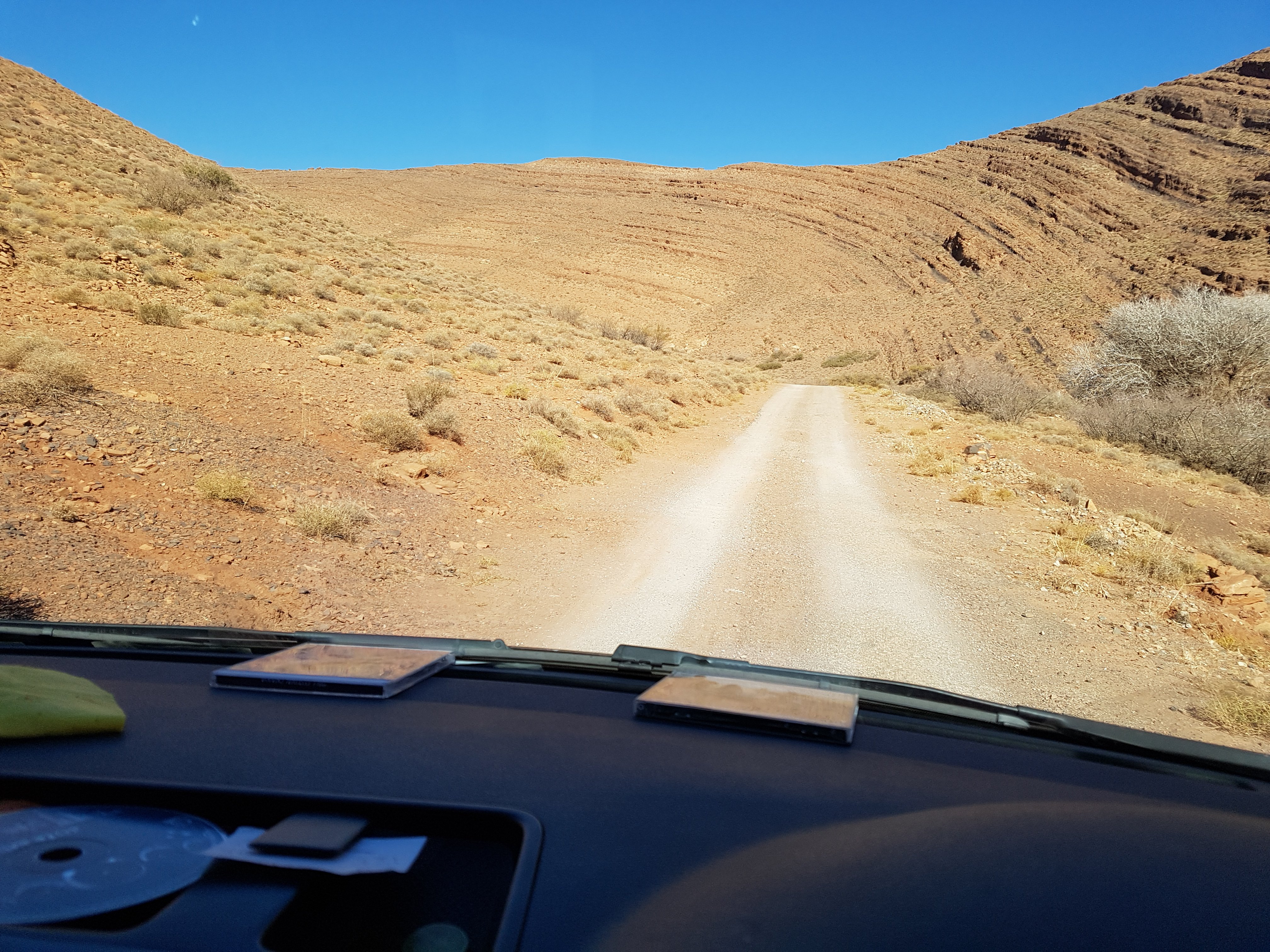 The road then stopped in terms of good surface and with gravel ahead was going to make a u turn but with memories of Paradise Valley decided to press on where I met some more tarmac though this wasn’t in the greatest of shape. This process of tarmac and the gravel continued for 10km of steady going with a confidence that I was on the right track rather than heading east or south into not a lot. The road then started heading up out of the gorge and got pretty narrow on gravel and arrived in the village of Tarhat. Not that I knew it was Tarhat as all the signs were in Arabic with no French or Berber alternatives. 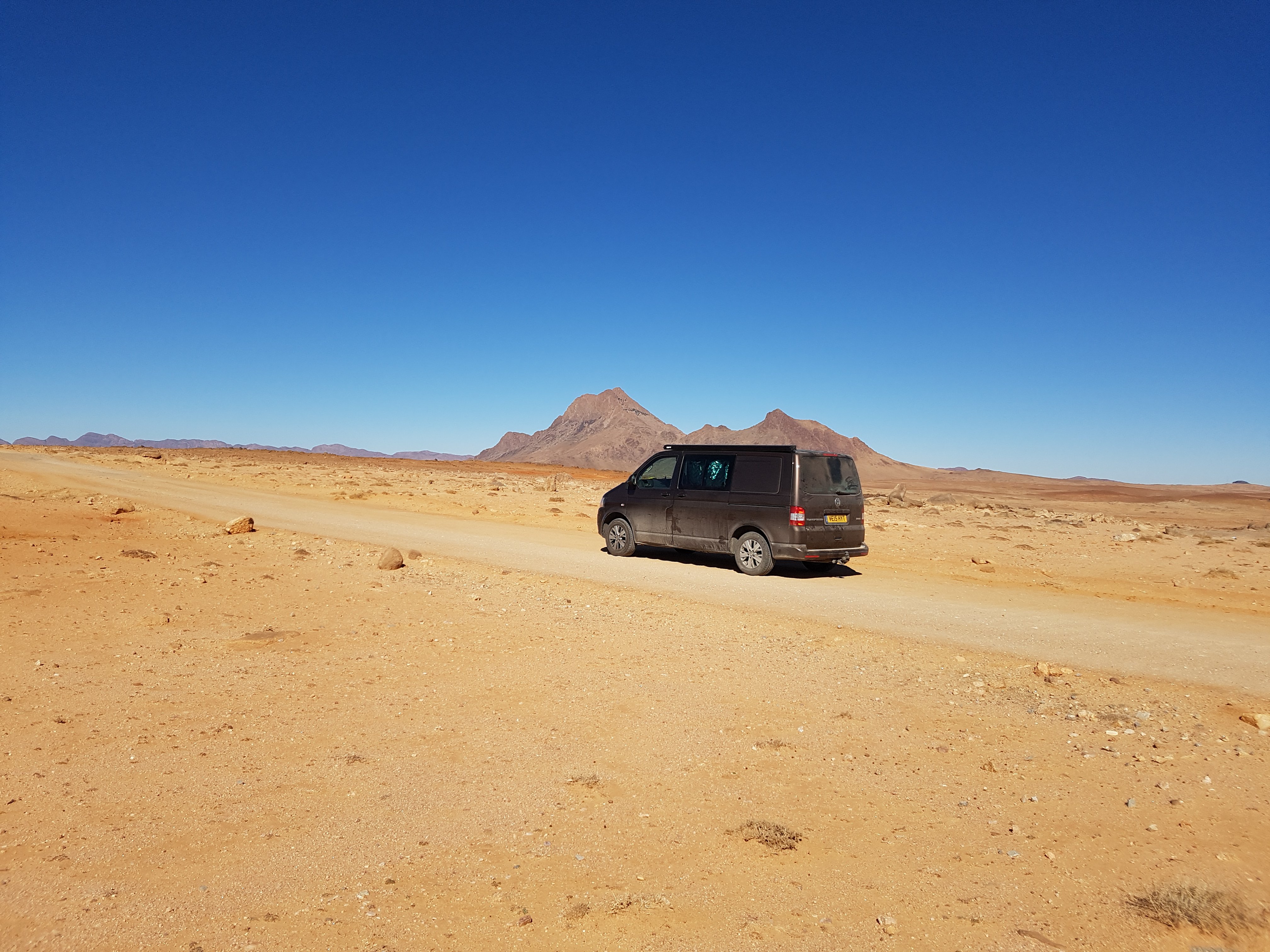 I did recognise a notable hill I’d seen in the morning and ignoring the Sat nav I headed across some piste before ending up in Tlerta Tarzite and back on proper tarmac.

Whilst the road in places was a concern it wasn’t too bad and I’d really have any concerns. It’s rather interesting to think that 10 days ago I was concerned about crossing to Tangier to get into Morocco and now happily driving the van around gravel roads in the Anti Atlas. Ah well just shows how we adapt and make the extraordinary more ordinary. 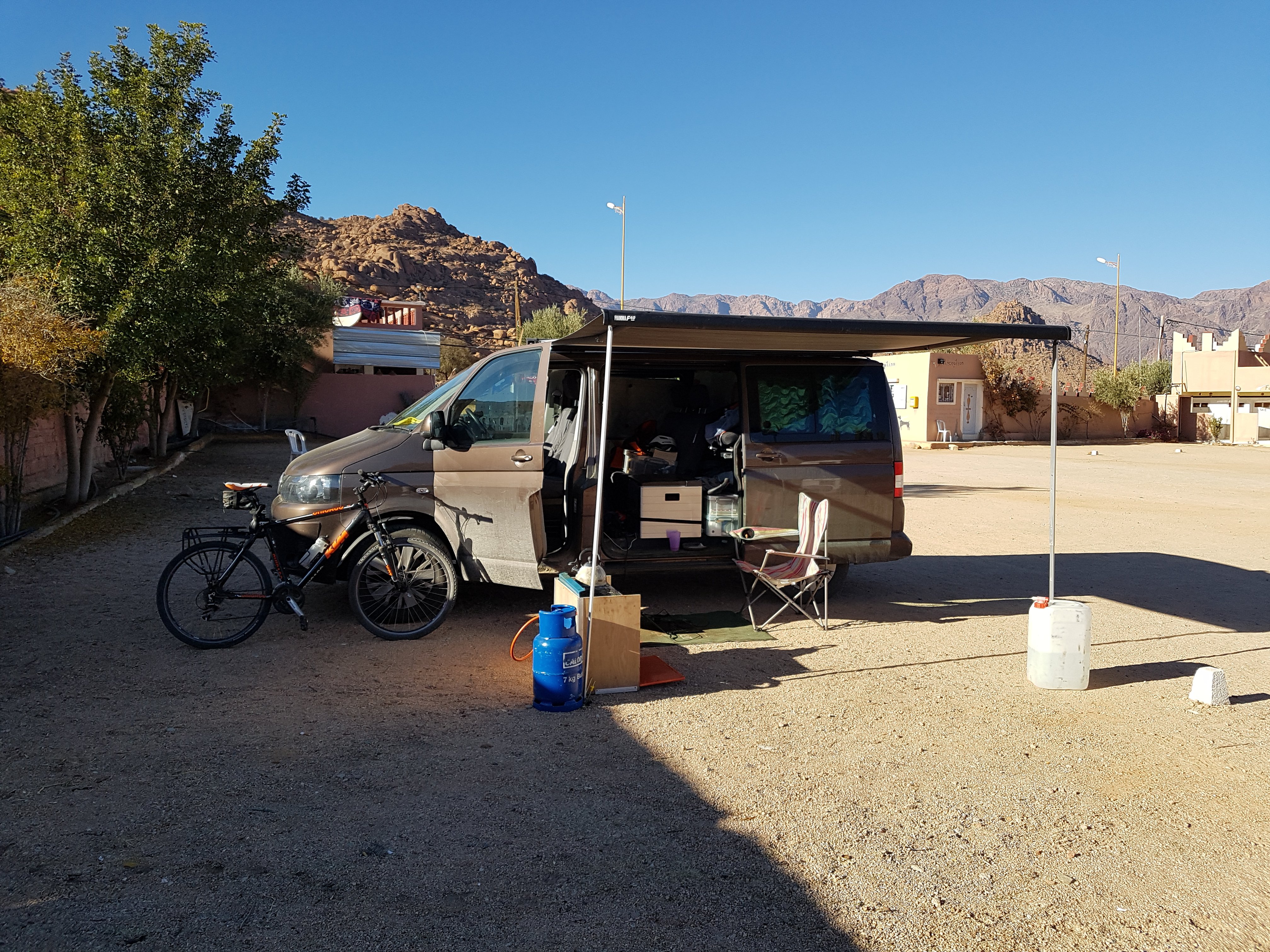 Also my haggling and bargaining skills have improved and there was a market just outside of town which I notice while cycling into town. I’d moved campsite to Camping Tazka which is about 500m further up from the 3 Palmeries and has a more space.

Grabbed a brochette poulet at a hotel in town (nice location) and for a total of 37 dirham (£3) and then headed back into the market. Saw another interesting rug but they guy wanted too much for it and it has a massive hole in it. He wanted 500 and I wasn’t going to pay more that 200 and though he tried to keep me haggling I managed to extract myself. All good. Bought some dates, some normal and some top quality and in tasting the latter lost part of a filling. It had been coming loose so it was only a manner of time. 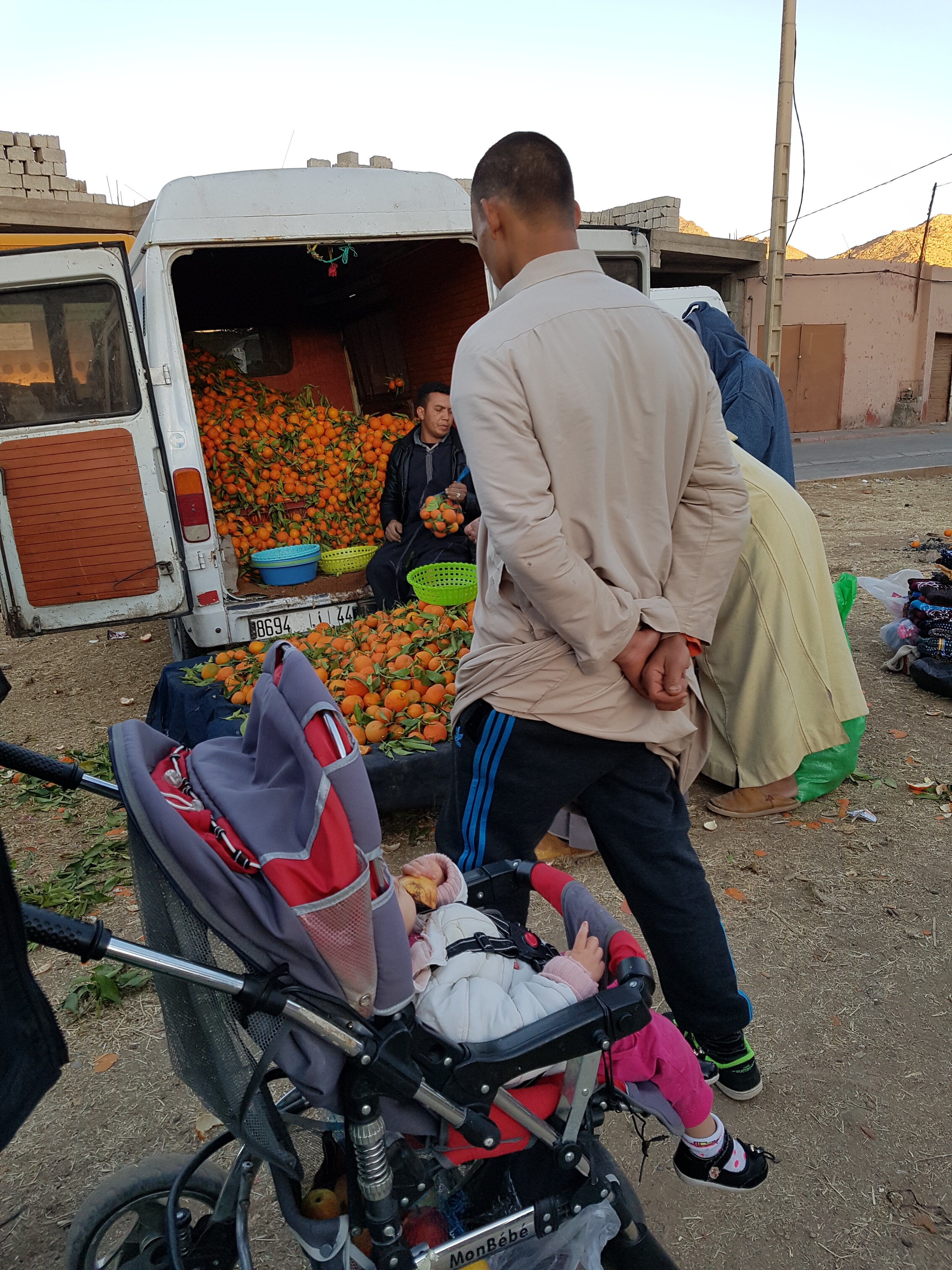 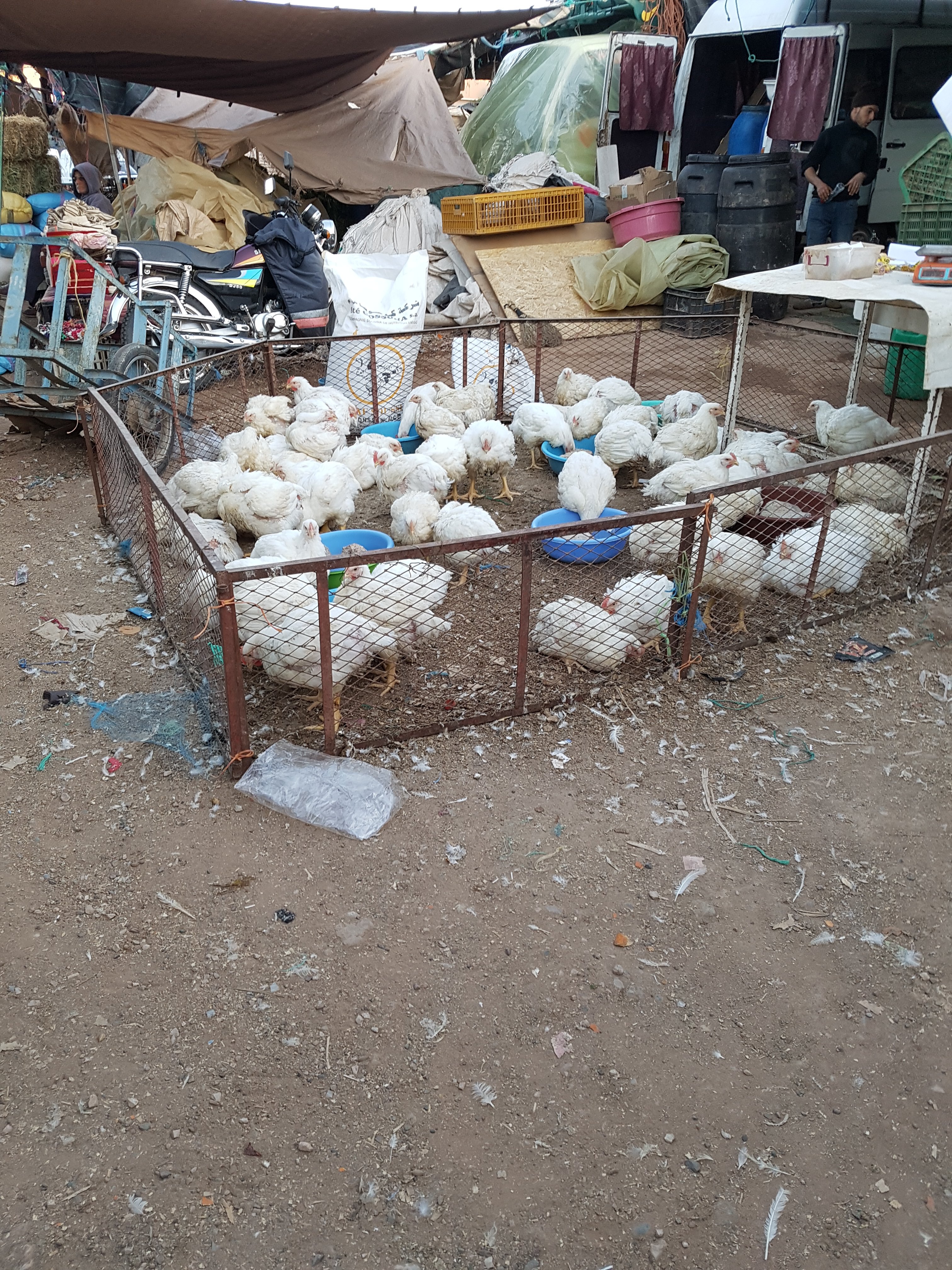 By now it was dark in the market with the only light coming from home made and dangerous looking gas lamps (might have to get one). Spotted a tool stall and managed finally to pick up a pump. It seems foot pumps aren’t big in Morocco but large hand pumps are and mine came complete with Schrader and Presta fitting as well as attachments for football’s and airbeds. All for £4.50. Bargain. 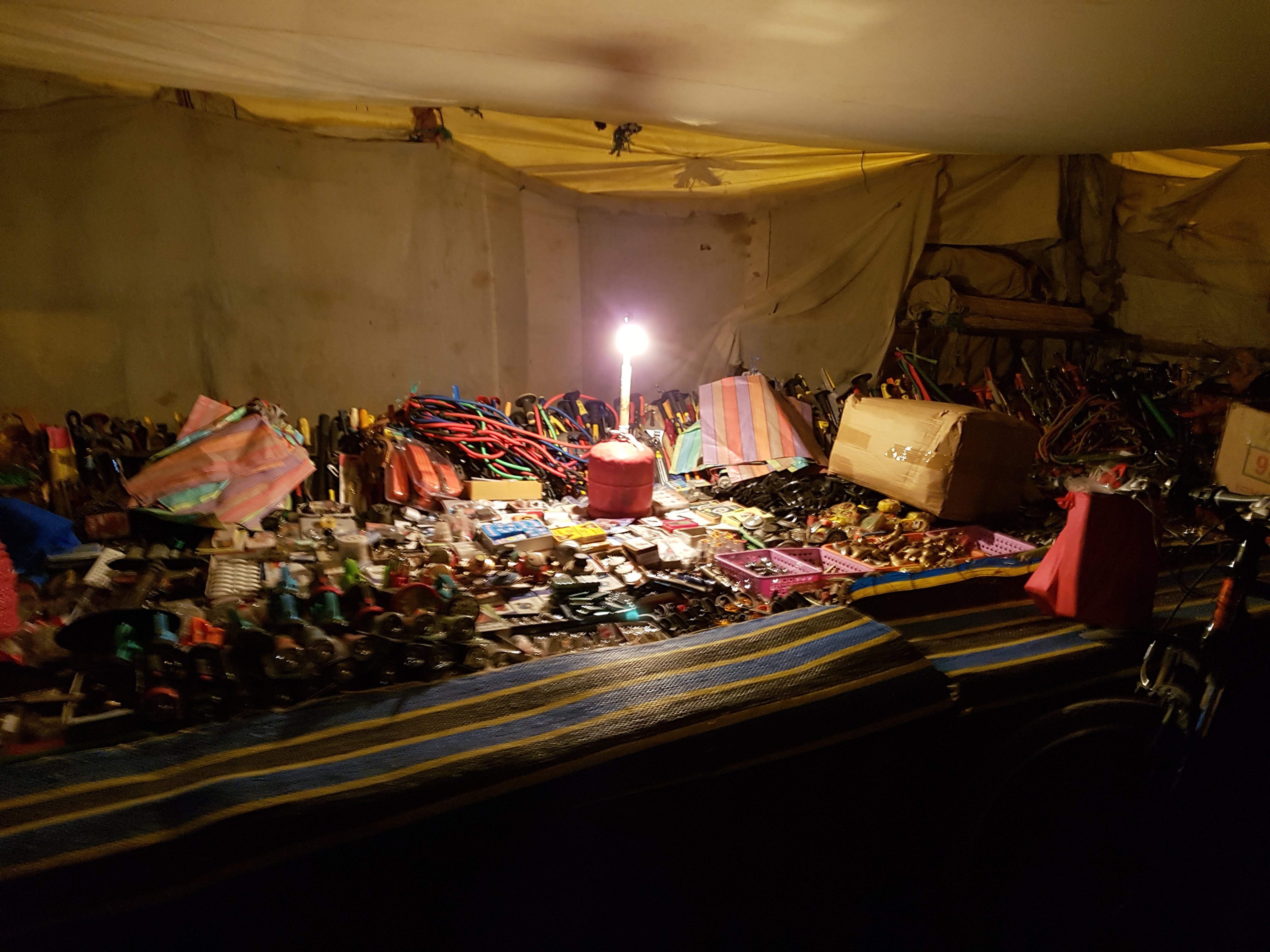 The auto spares and tools stall 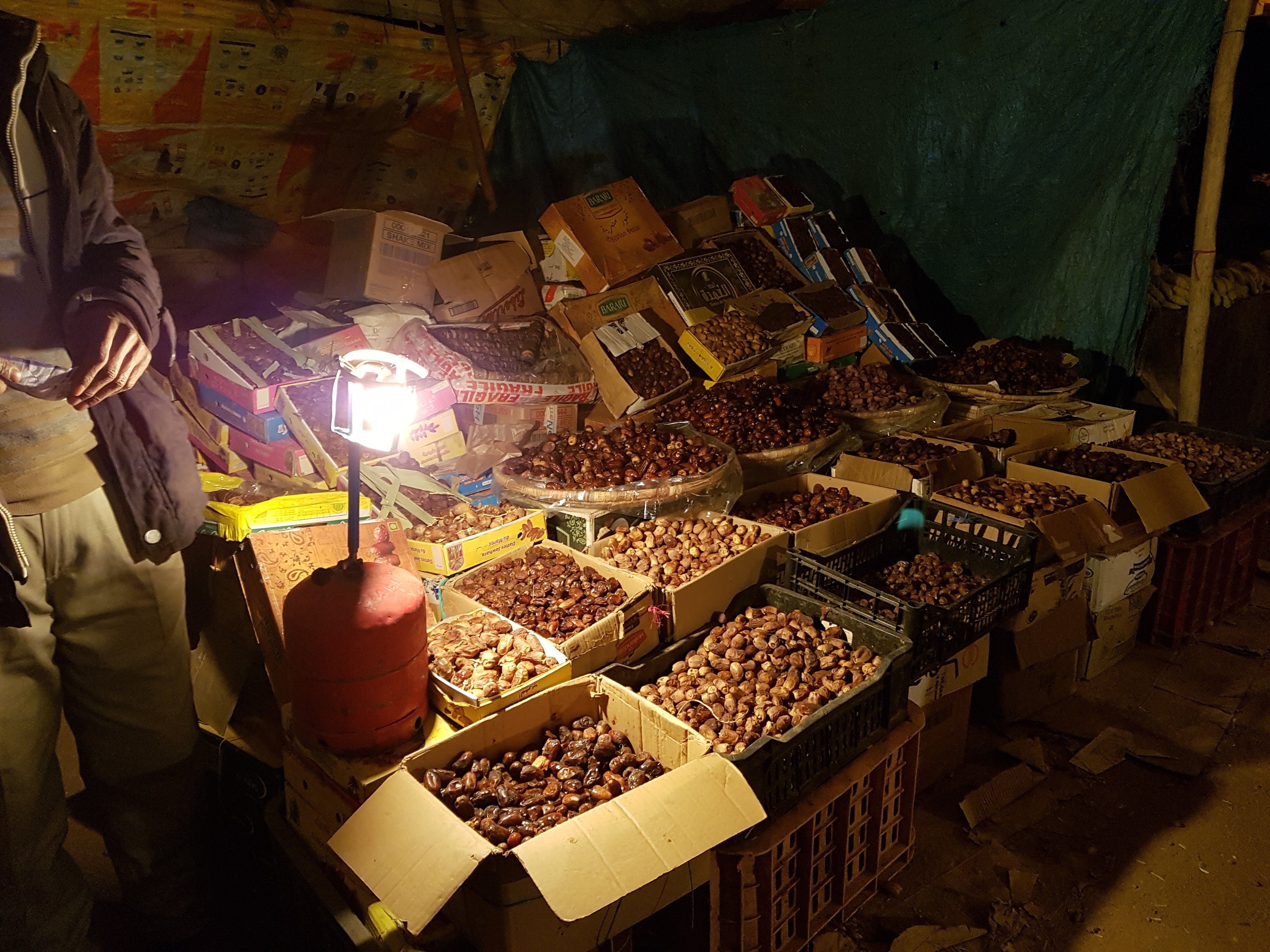 The date stall in the market

Coming out of the market met the last who cooked dinner and tout #1 who kindly translated my thanks to her. All very friendly and getting to know my way around town. Back to the camping which has a good coffee machine and the Liverpool v Swansea football. It also has Wifi so before leaving I’d left the laptop acquiring Lawrence of Arabia so managed to watch half of that before going back to some reading.

It occurred to me in the market that Morocco and the South Wales Valleys have a lot in common. The weather isn’t one of them but a sense of community and the hunt for a good deal are both shared features of the community. In both senses too, as outsider it can be difficult to understand the motives and not easy to participate in but there are rewards.