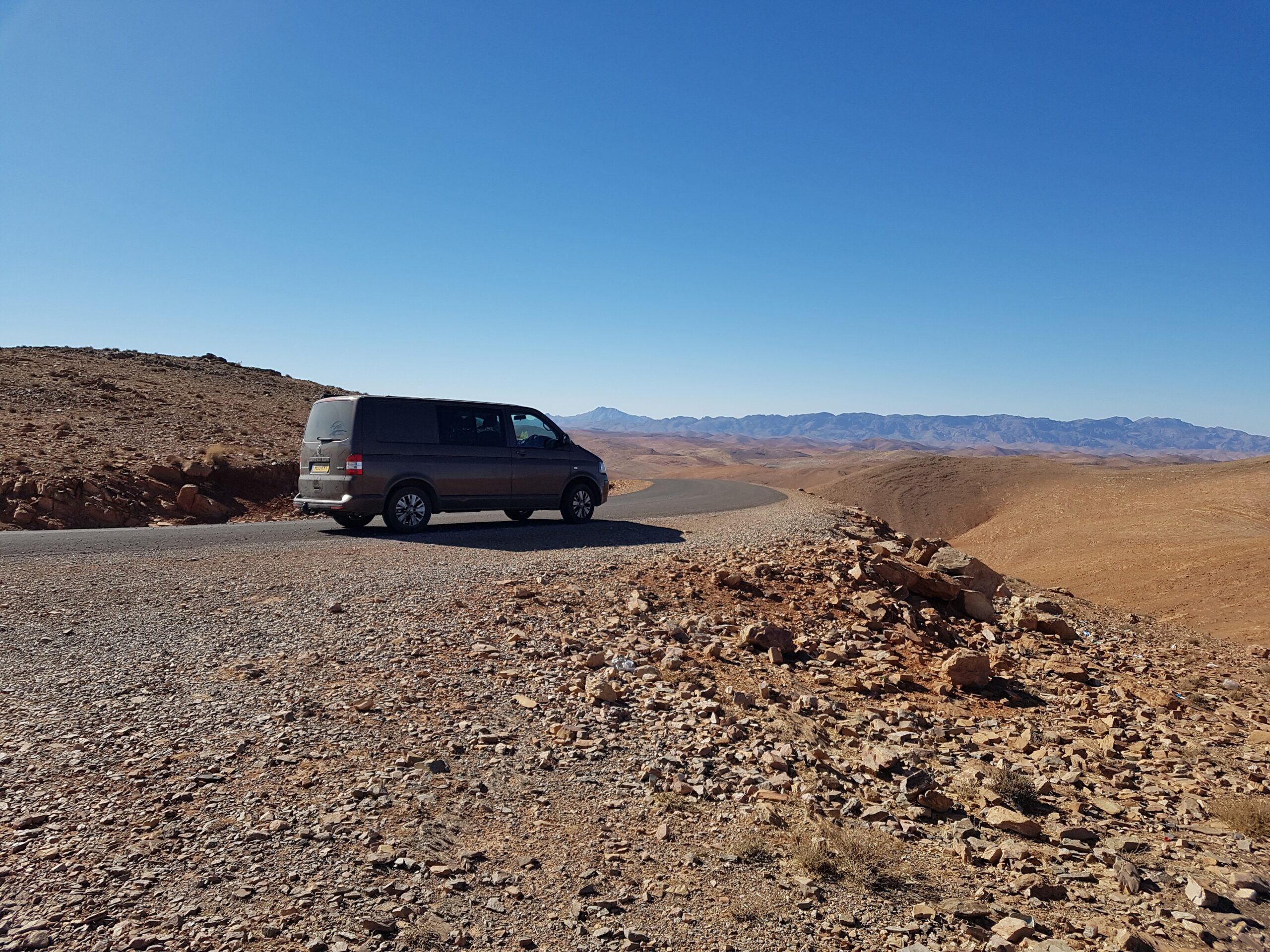 One of the facts to emerge from the trip so far is that I sleep better in the van than I do in hotel or hostel rooms. This is an evidential fact from 6 nights in hotels and 4 nights in the van. Last night, after a relatively heavy meal I feel asleep hoping an empty beer can around 9.30pm and aside from a 4am wake to move the beer can I slept through till 8am. 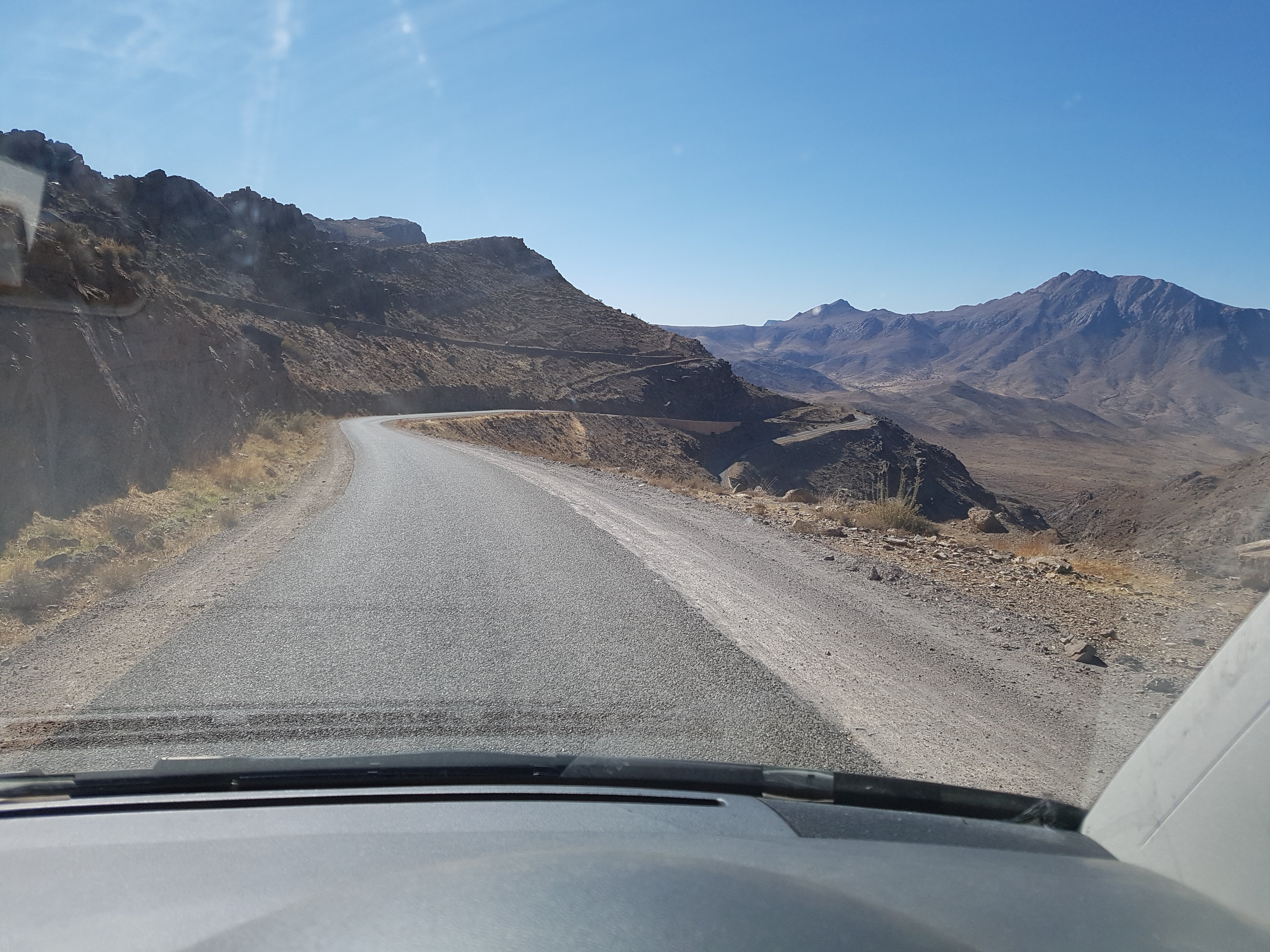 Another fact is that it’s the 25 December and Christmas day and for the first time I’m spending it on my own. Now I had thought this would be with a binge of chocolate and Carry On Films but infact it’s in Tafraoute in the Anti Atlas mountains of Morocco.

Drove across from Taroudant where I arranged the trekking for next week with Saed (correct spelling I think now). The road across to Tafraout is simply stunning by its scale and harshness. That said one minute it’s just you and a narrow (if really good quality road) and then next your are driving through a village market. Temperature dropped to 7 C at one point and it was cold strong wind. Amazing scenery and villages though and what I came to Morocco looking for. 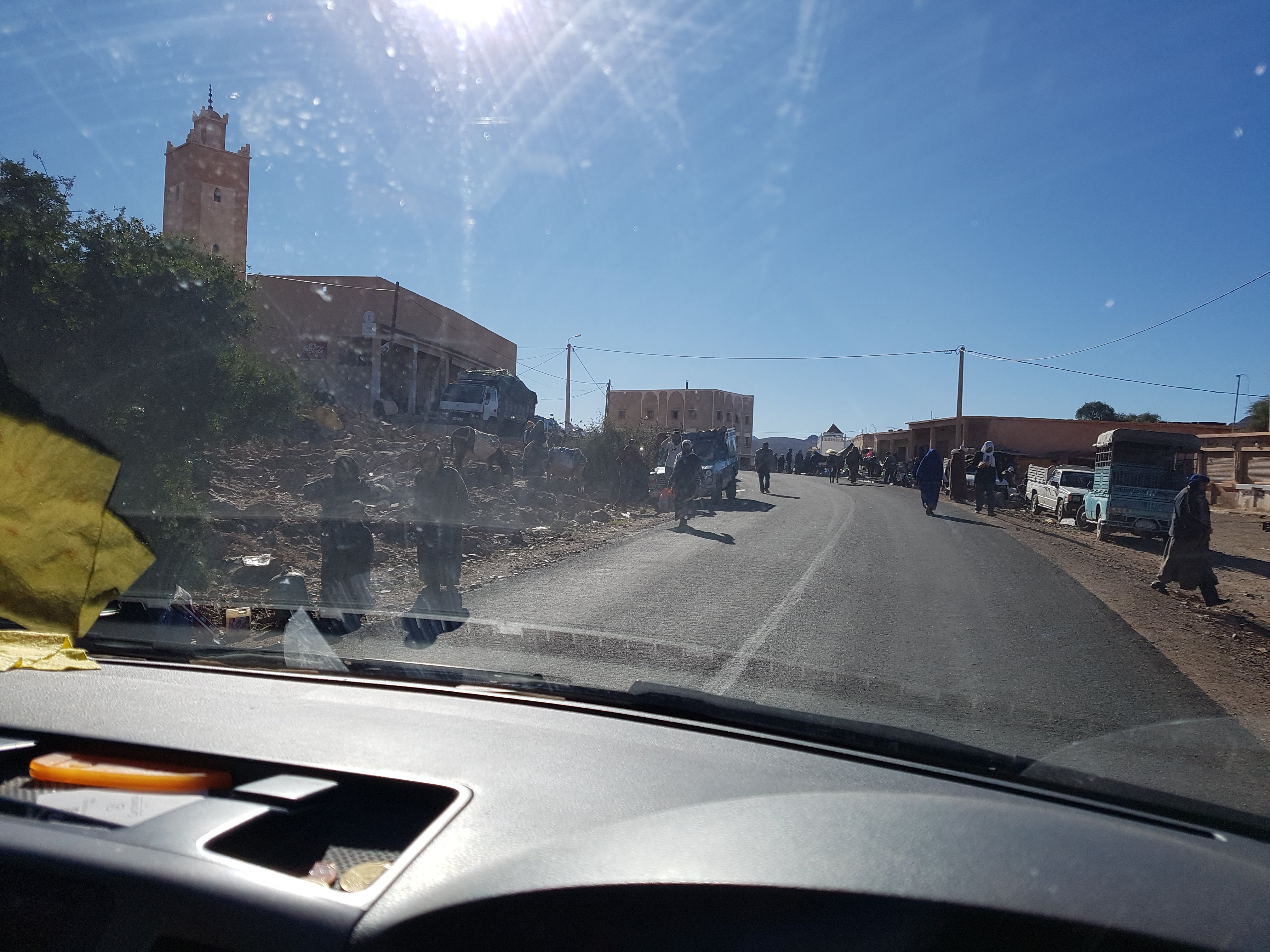 Picked up a school teacher in one of the villages who was off to Agadir to do an exam so he could teach Spanish. He was Sahari and had lived for 4 years in a small village and was earning 5000 MAD a month (that’s £5000 a year) and needless to say was slightly fed up and stuck. He had a plan but you could sense the frustration. He felt trapped in what was an amazing landscape with no way of escaping and like a lot of younger Moroccans had hopes and dreams but not the opportunity. Also got a bit of Sahari (Western Saharan) politics which is interesting. 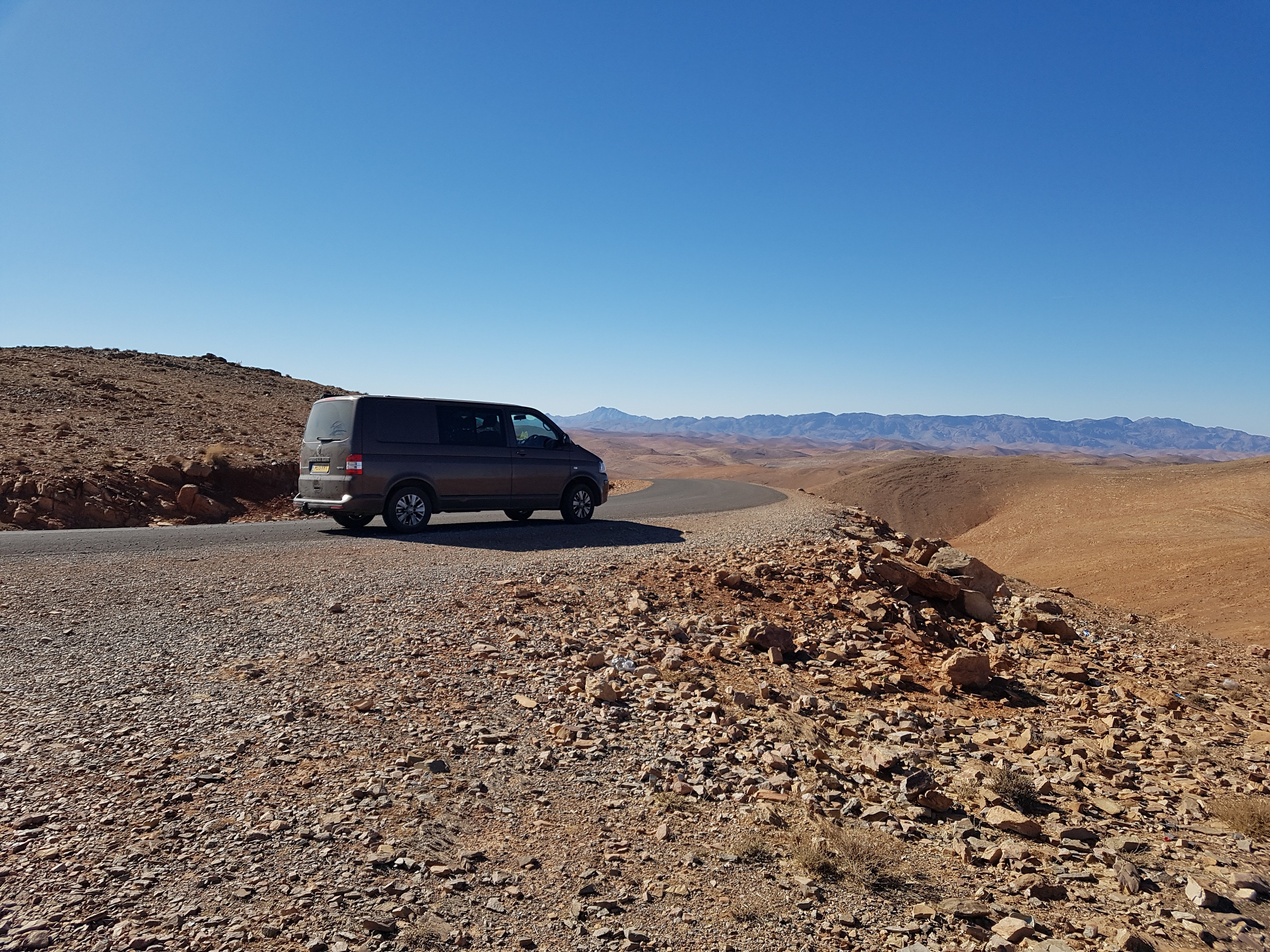 Tafraoute is an oasis town buried away in the granite rocks of the Anti Atlas and you know you’ve travelled to get here. Average speed 33 mph and over 2.5 hours from Taroudant. The campsite is small and well keep and has a friendly patron which increases your desire to stay a bit. There are a few campers and vanners parked out past the school but there doesn’t seem to be too many though they be elsewhere in the Ameln Valley.

Town itself is typically small scale Moroccan with everything on offer. And after watching the sunset from the top of a nearby rock I retreated back to the van after ordering tomorrow’s Christmas dinner from a woman driving round offering delivered tagine for the campers. Chicken tagine nearly as good as roast turkey. 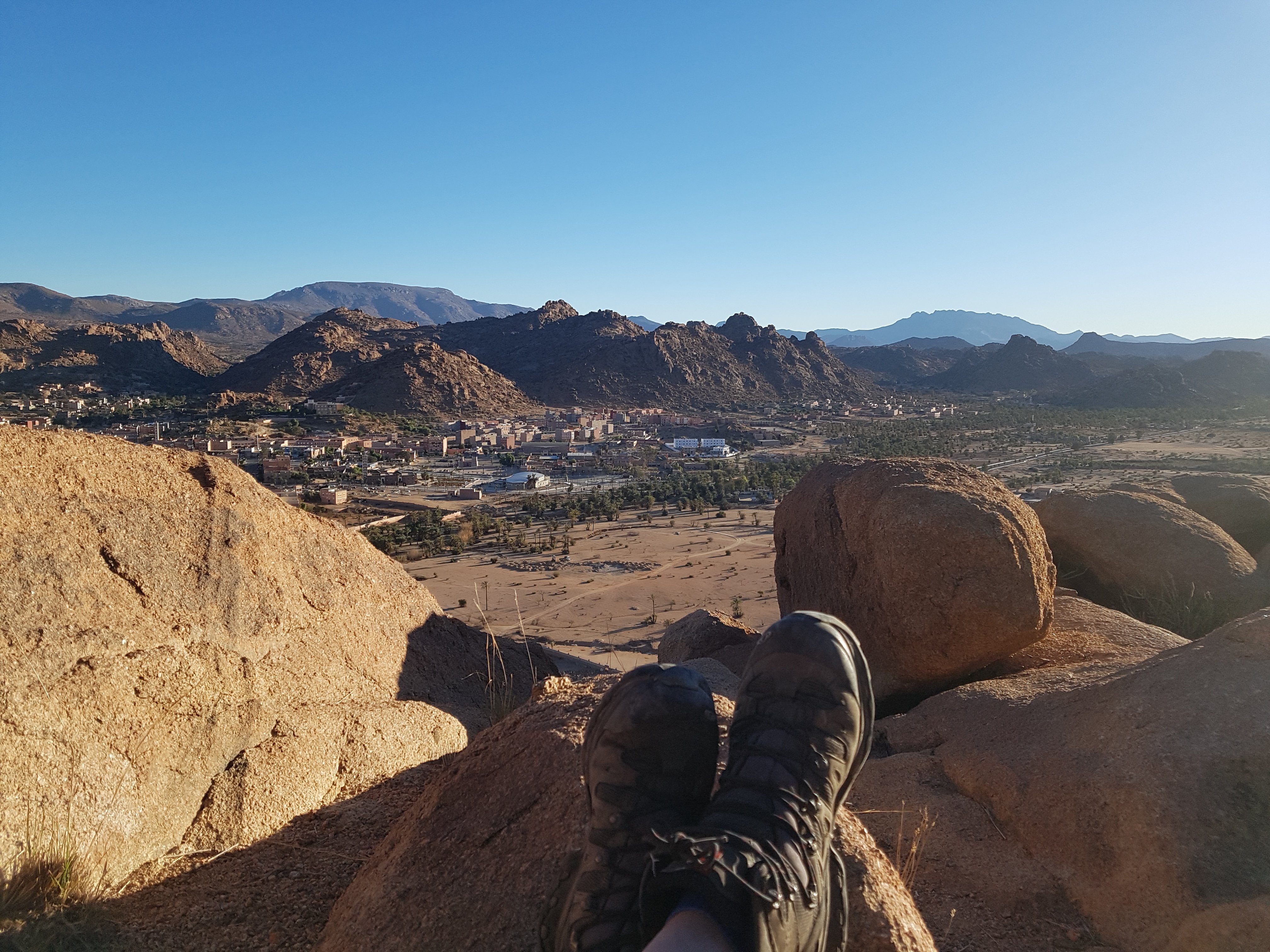 Tafraout has it’s usual suspects and I’d already met one guy driving through town who later appear at the van. Mentioned that I had my carpets but of course I need more will see how the discussions go over the next few days. Some more reading of Shared Reality later but Happy Christmas !

One thought on “Ending up”