Still no water at Haijoubs place after the pump failed yesterday and he’s a bit concerned about it because, well we are paying guests. After an excellent breakfast he’s offering dinner of locally caught Dorado this evening for which Tamara and I cannot refuse.

He’s a nice guy who fits in well with the ethos and flow of Sidi Kaouki. It’s a beach village with some local characters (Swiss guy, Moroccan horse wrangler with afro etc) and a fluid population on tourists. Some are day trippers from Essaouira and some here for a season of surfing and sun, making money when it comes. Some people are on a mission like the guy on the beach who’s learning to kite surf while for others it’s a winter sun break with the kids and where you can involve a camel.

Afftaz is one of the hangouts and where you can get beer and wine. Nice spot and the food is good as is the atmosphere which brings the two communities together. The combination of speakeasy slightly furtive drinking and the I’m on holiday feeling is a heady one and a million miles removed from Tafraout or Taroudant. A different Morocco. 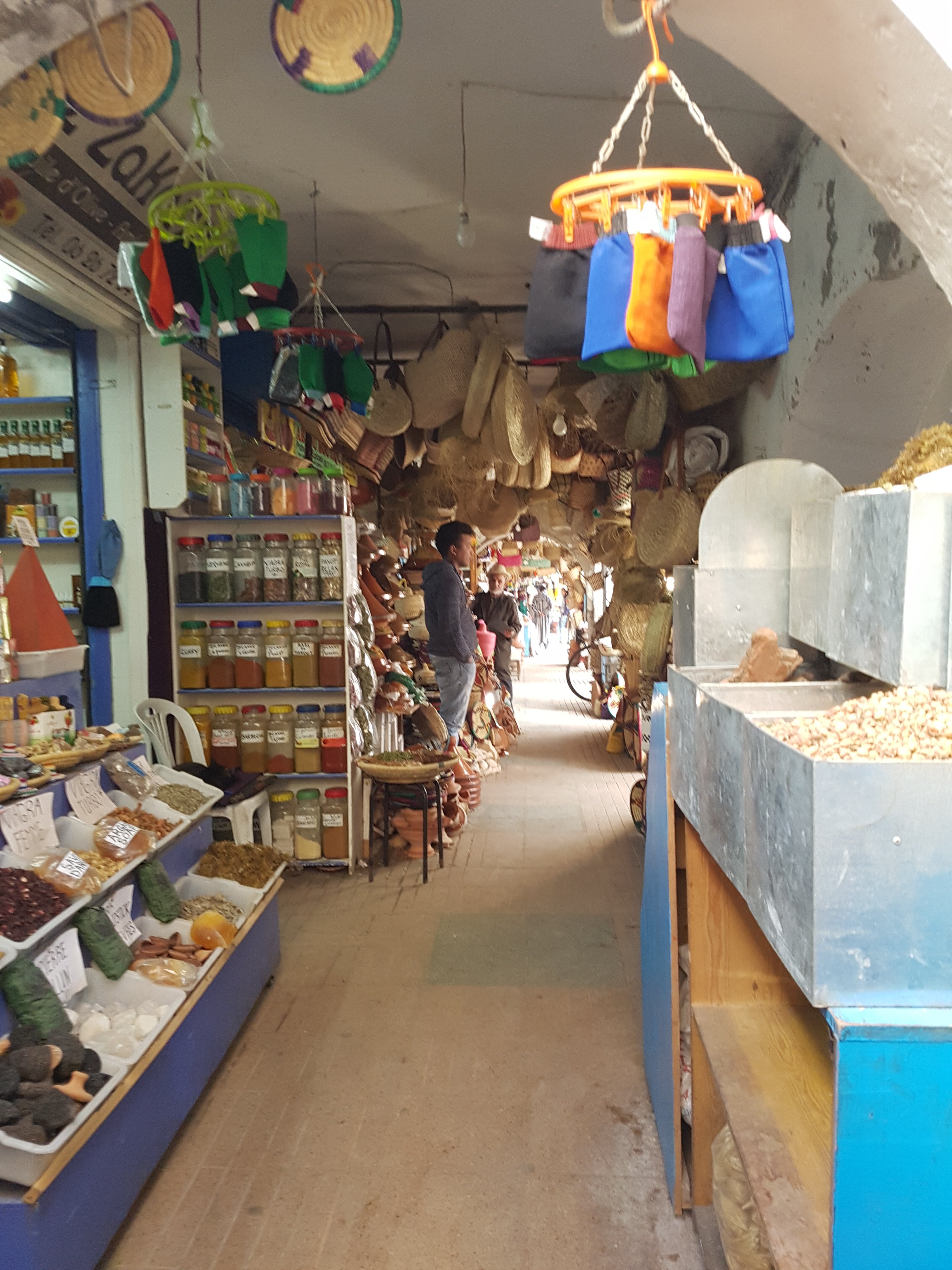 When I came through Sidi Kaouki a couple of weeks ago it was really quiet and a bit colder in the run up to Christmas. As such I didn’t seek out too much social interaction but this was partly of because I stayed at the Villa Soliel which is slightly out of scope to two of the tribes (it was only me in the guest house).

With the promise of water and fish, Tamara and I headed off into Essaouira for more shopping and a mooch round town. For me I was shopped out but Tamara after some research was out to practice her haggling and Moroccan shopping skills. It’s true for me, if I think is a fair price then why haggle people done. Tamara did locate a comment in the Rough Guide about the price of Berber rugs from the High Atlas should be in the 30-40 quid mark, which did make me gulp the ubiquitous mint tea a bit but I’m assuming this was more of the tea cloth size. Maybe I’ll come on the bike next time, less room for carpets. 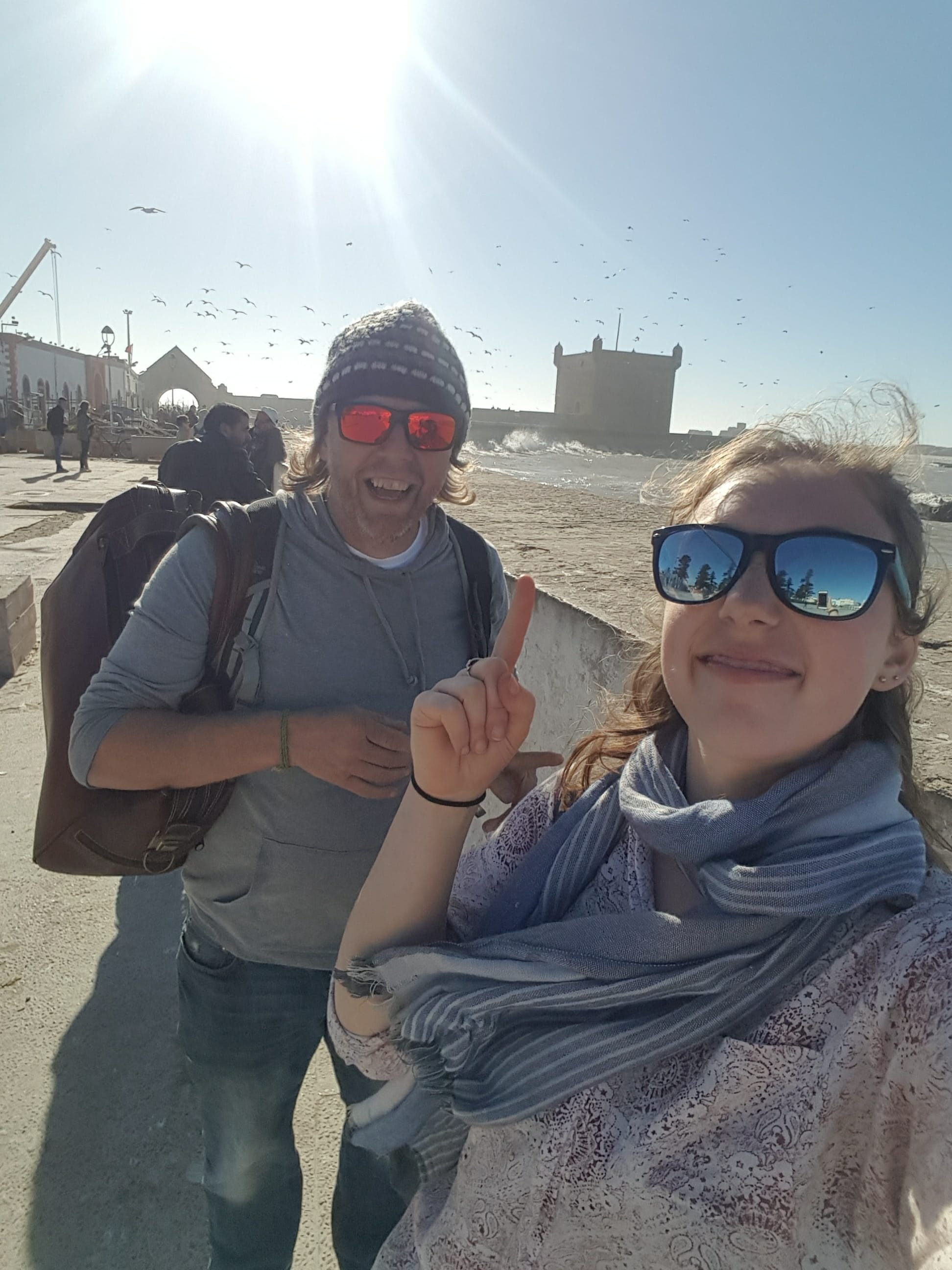 A couple of camel wool jackets with additional fitted zips (while we went for lunch) seemed pretty good to me for 300 dirham each and whilst there were cheaper ones around these were made by the guy in the shop and were a bit different. Discussion over lunch around my carpet negotiations and a sense that yes I could have paid less. Tamara was eyeing up a leather travel bag as her next deal so I let her get on with it. 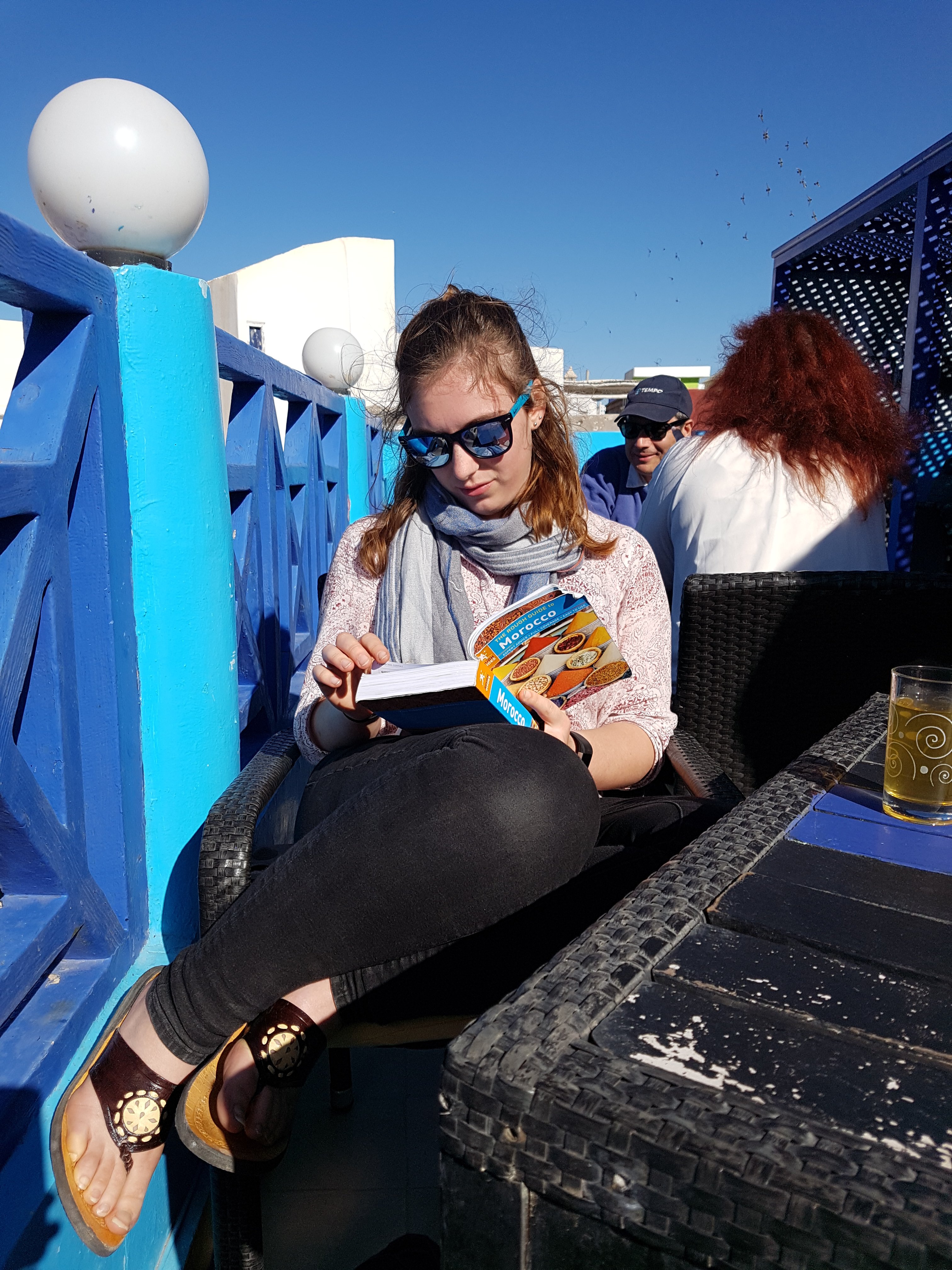 Seems she’s honed her skills student shopping in Birmingham and provided some insight to a strategy such as looking at a completely different item to the one you want to start with and ending up with the one you actually wanted. I watched the start of proceedings at 1200 dirham with the top quality camel leather bag and the use of a lighter to prove the material performance against someone trying to set light to it, before I retreated outside. Tamara walked out a few minutes later without a bag saying her top price was 400 and having got the guy to 450. 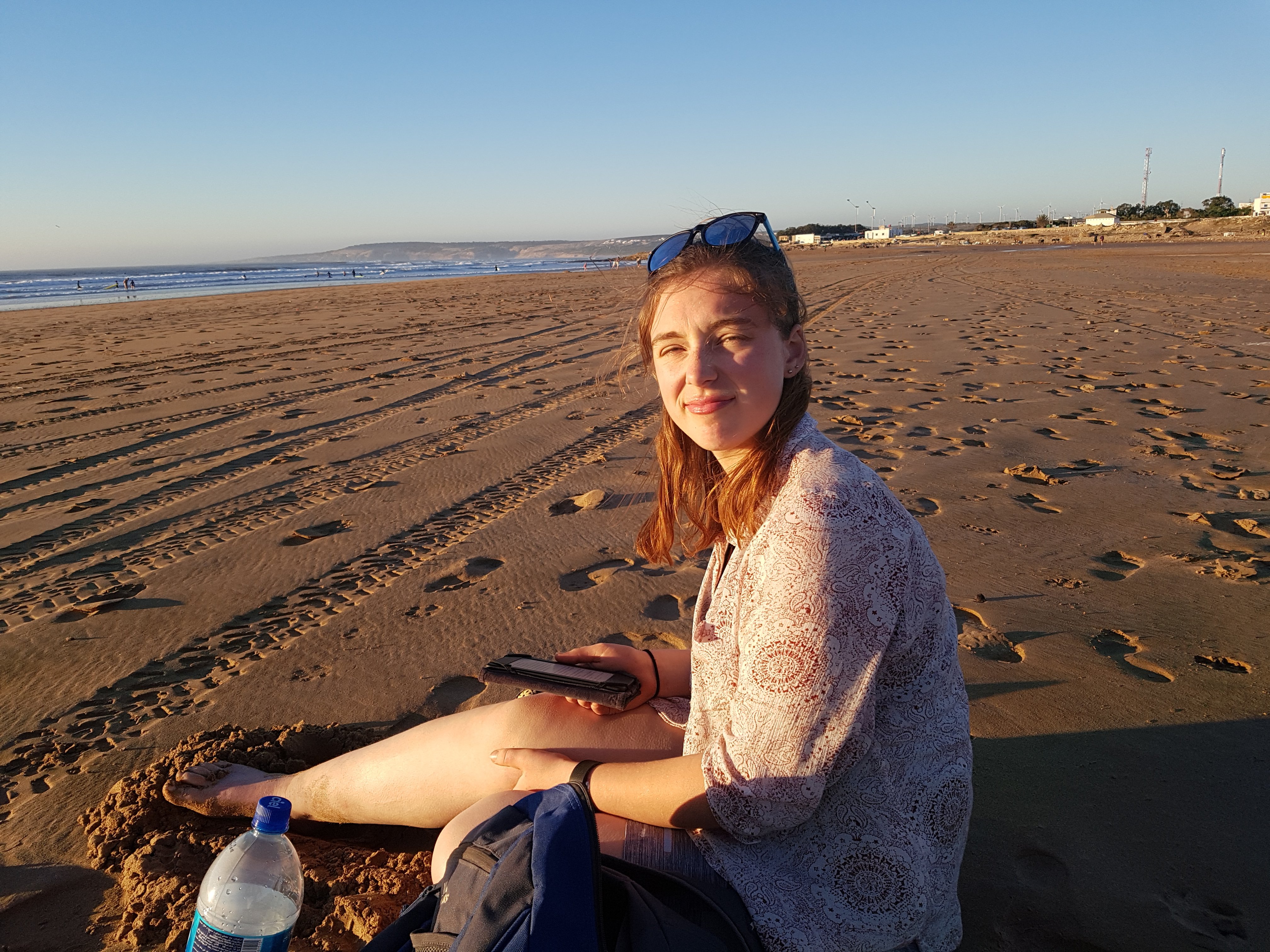 Some handwaving on the street and the deal was done at 420 so around 35% of the original asking price. If it was the same item and quality etc who knows but £32 for a leather travel bag isn’t bad. Doing the maths on carpets I think I’m around the 35-38% mark but on higher value carpes. The 200 dirham lamps are a great cheap but and extra virgin olive and Argan oil is indeed great value.

Essaouira was a lot fuller of tourists but not heaving and the city was coming a live as a result. 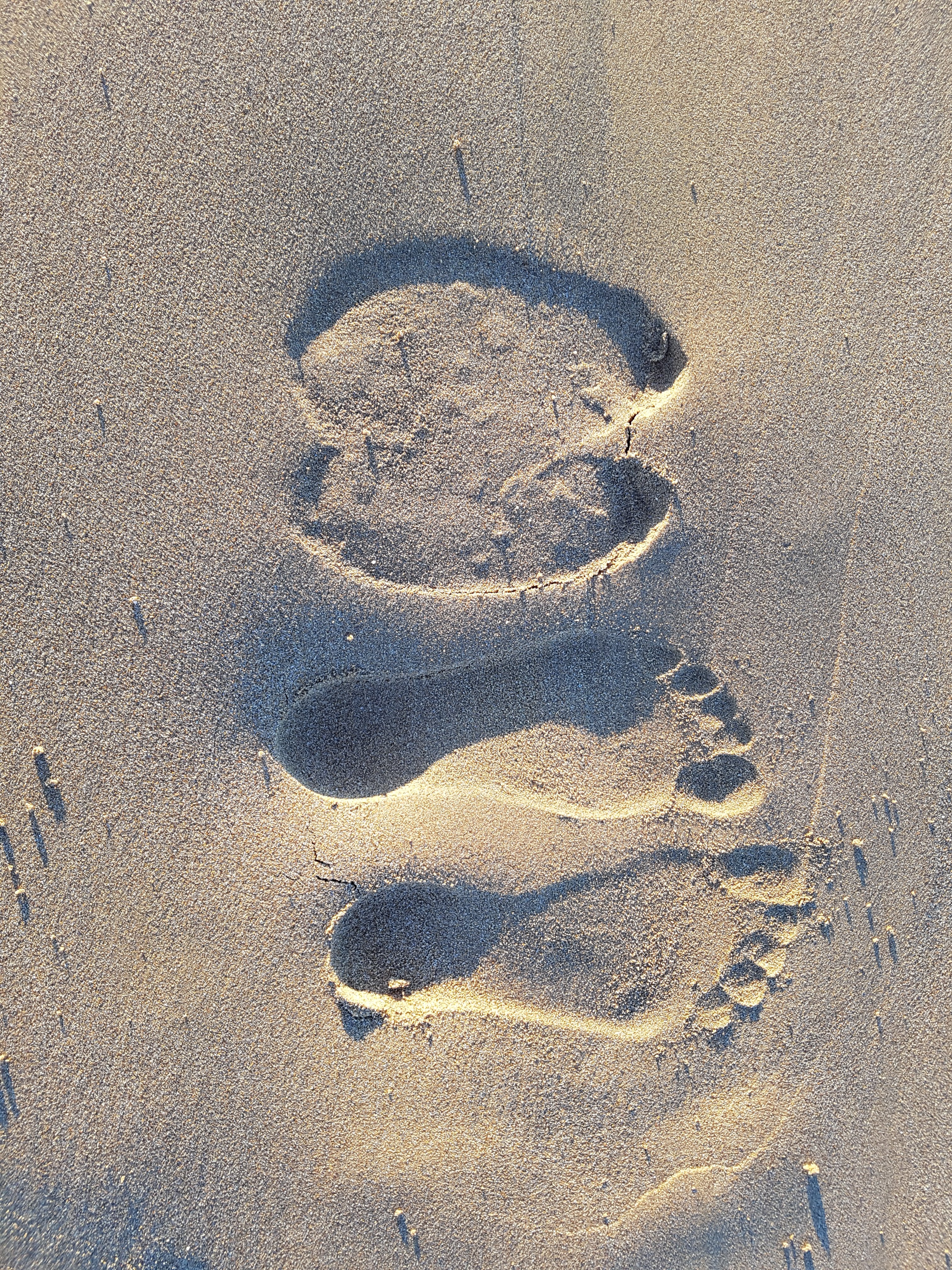 Dinner was indeed excellent as was the local white wine. We’d managed a couple of hours on the beach and planned to do more of that for tomorrow. The weather was good for Friday but a real change for Saturday with much needed rain coming to most of Morocco. It’s also means temperatures down to 12 C and the same for southern Spain. So after spending lunchtime looking for options for Airbnb in Tarifa ended changing the ferry booking from Bilboa and will get the 10h30 next Tuesday rather than the one for Thursday afternoon. Weather permitting of course ! 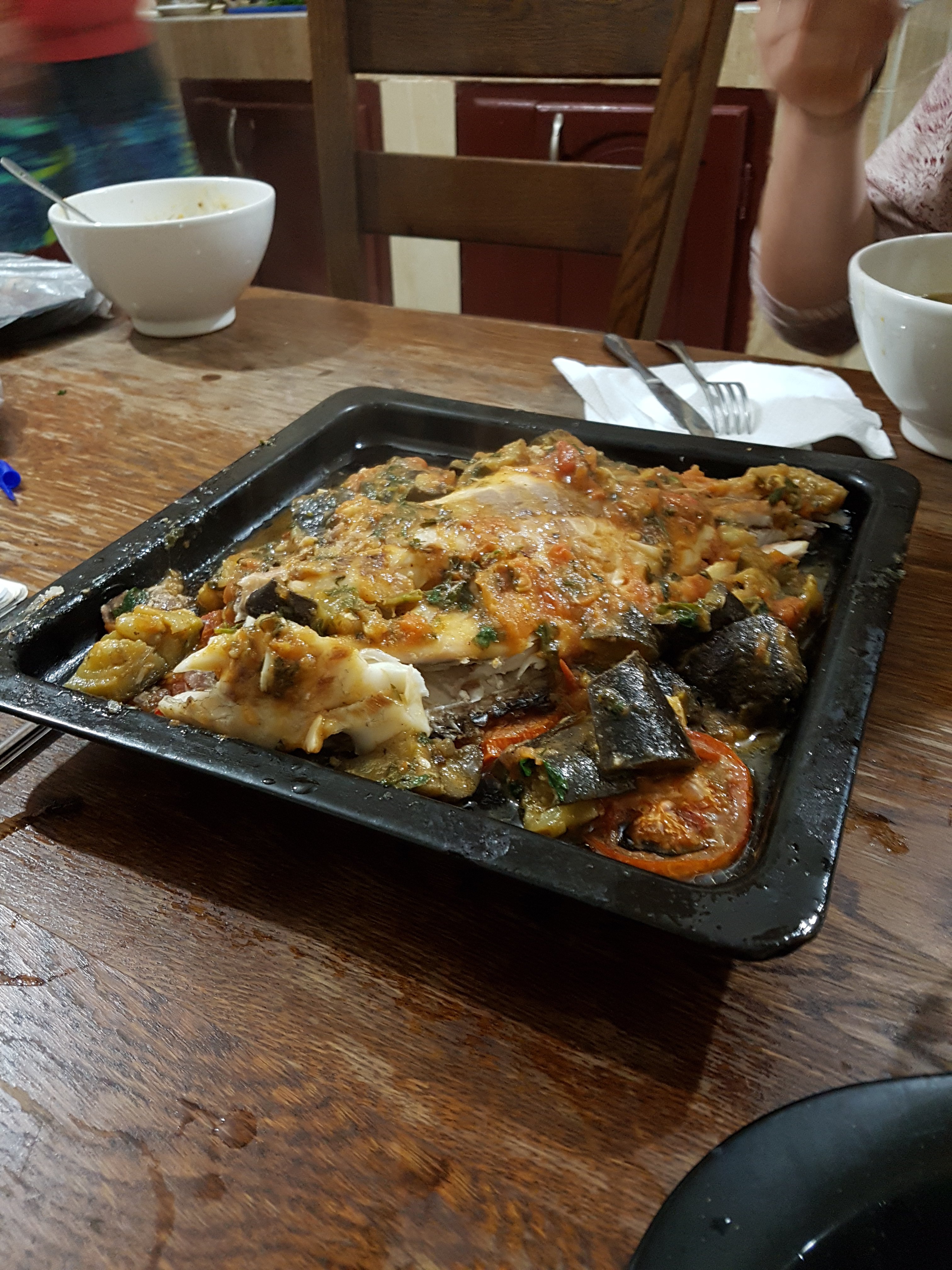