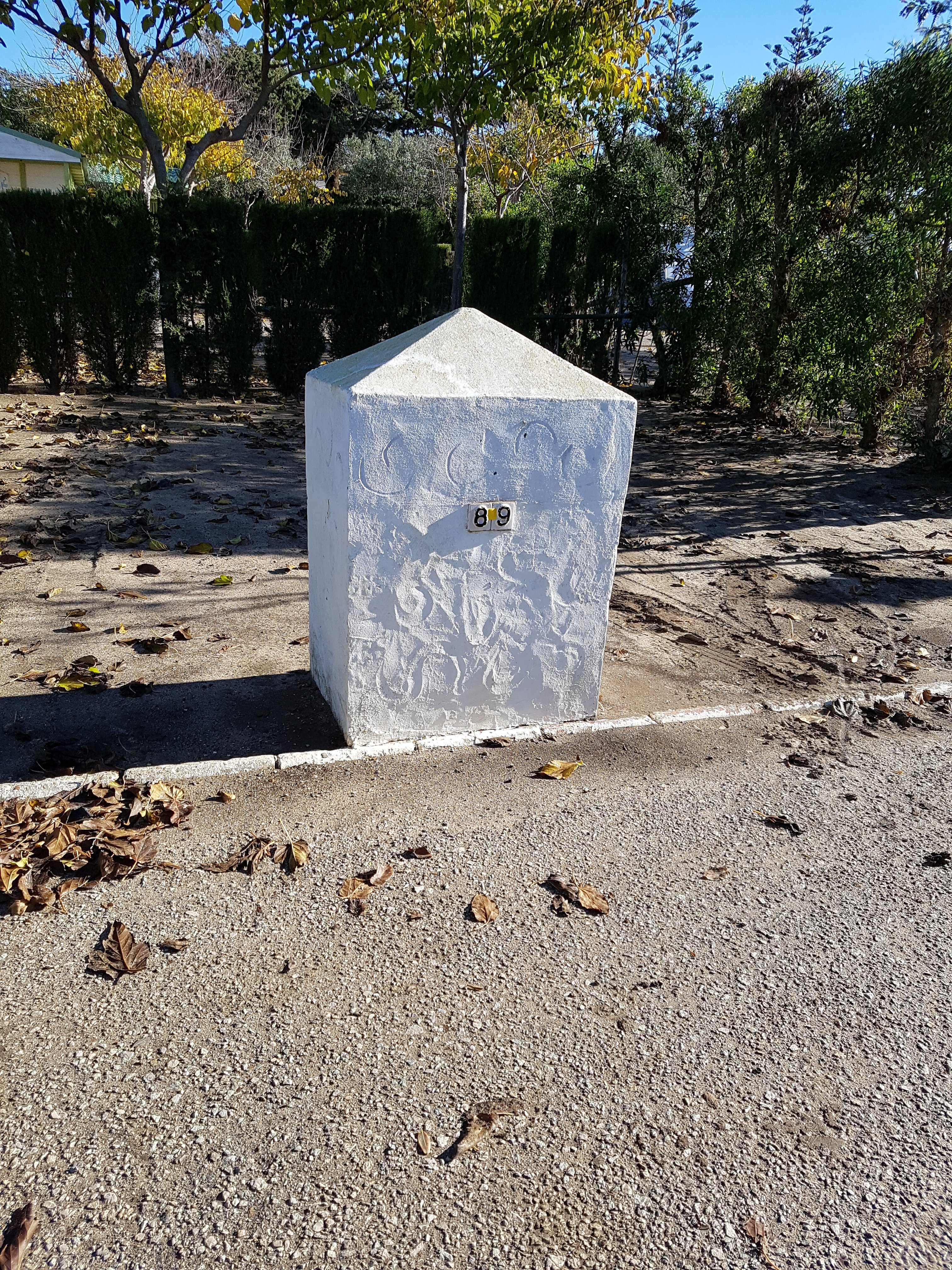 By chance had selected plot 89, my riding number the previous night.

After two days of driving thought it was time to do something else and elected to head over to Tarifa and Algeciras to check on ferries and pick up a few bits of shopping. I needed to get some wipes and deodorant. Not sure you can get van deodorant but after a couple of days on the road there is a definite smell developing. 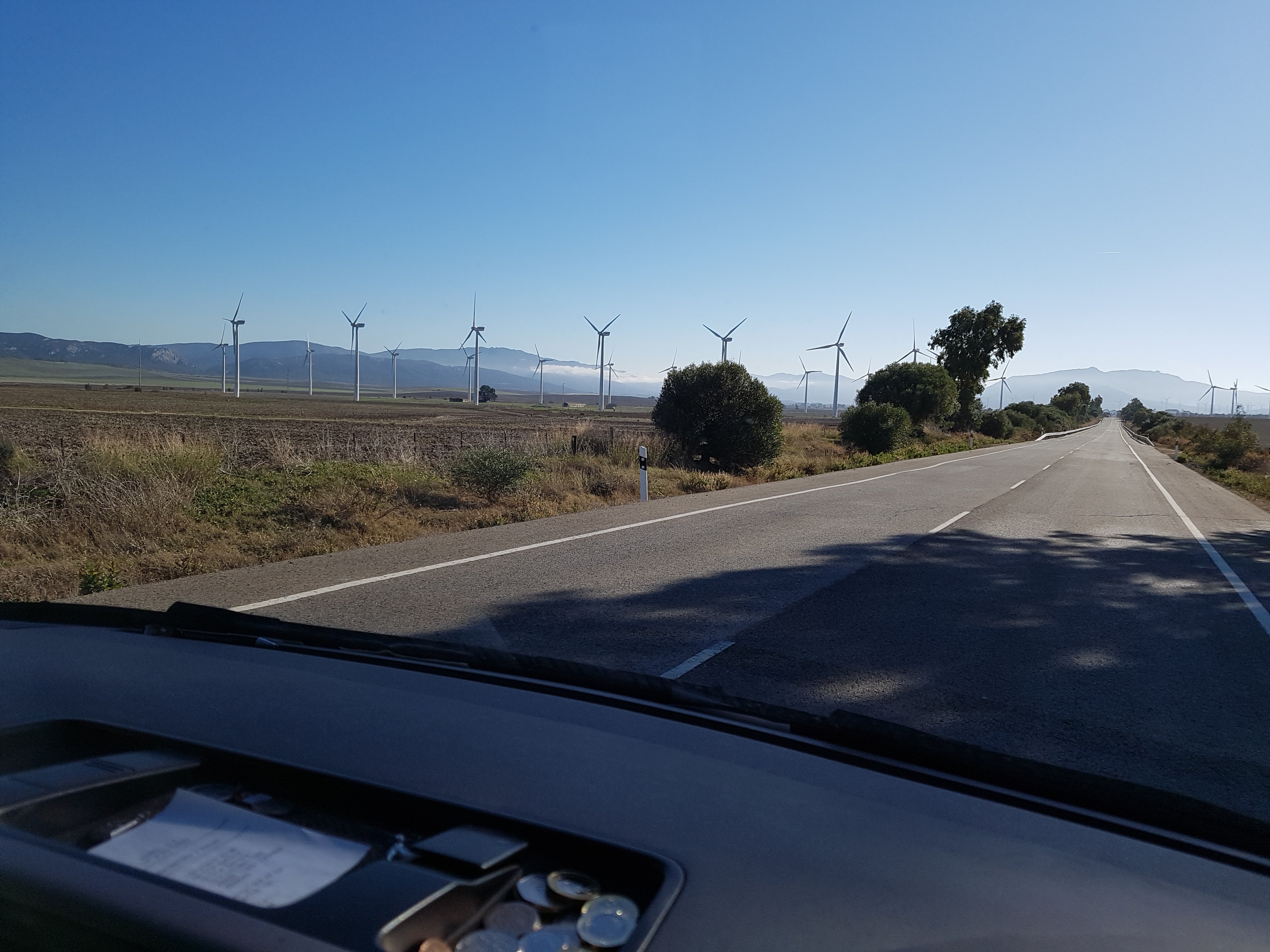 Wasn’t overly warm come morning in the van and the decision to leave the duvet at home and bring a selection of smaller sleeping bags was looking a bit stupid. That said I’d not used the warmest Rab bag so my own fault really.

Tarifa has was all towns want; about 20 kite surfing shops. Er no it has Zhaungs which is a Chinese run shop that has everything. Juicer frying pan and fish slice sorted and then over to Dia for the consumables, including deodorant. Didn’t plump for the duvet as not many to select and southern Spain isn’t known for its cold nights (except a few weeks in Dec and Jan). Headed over to Algeciras but stopped at the cafe at viewpoint for a cafe solo and a sandwich as well as a great view across the Straits to Morocco. 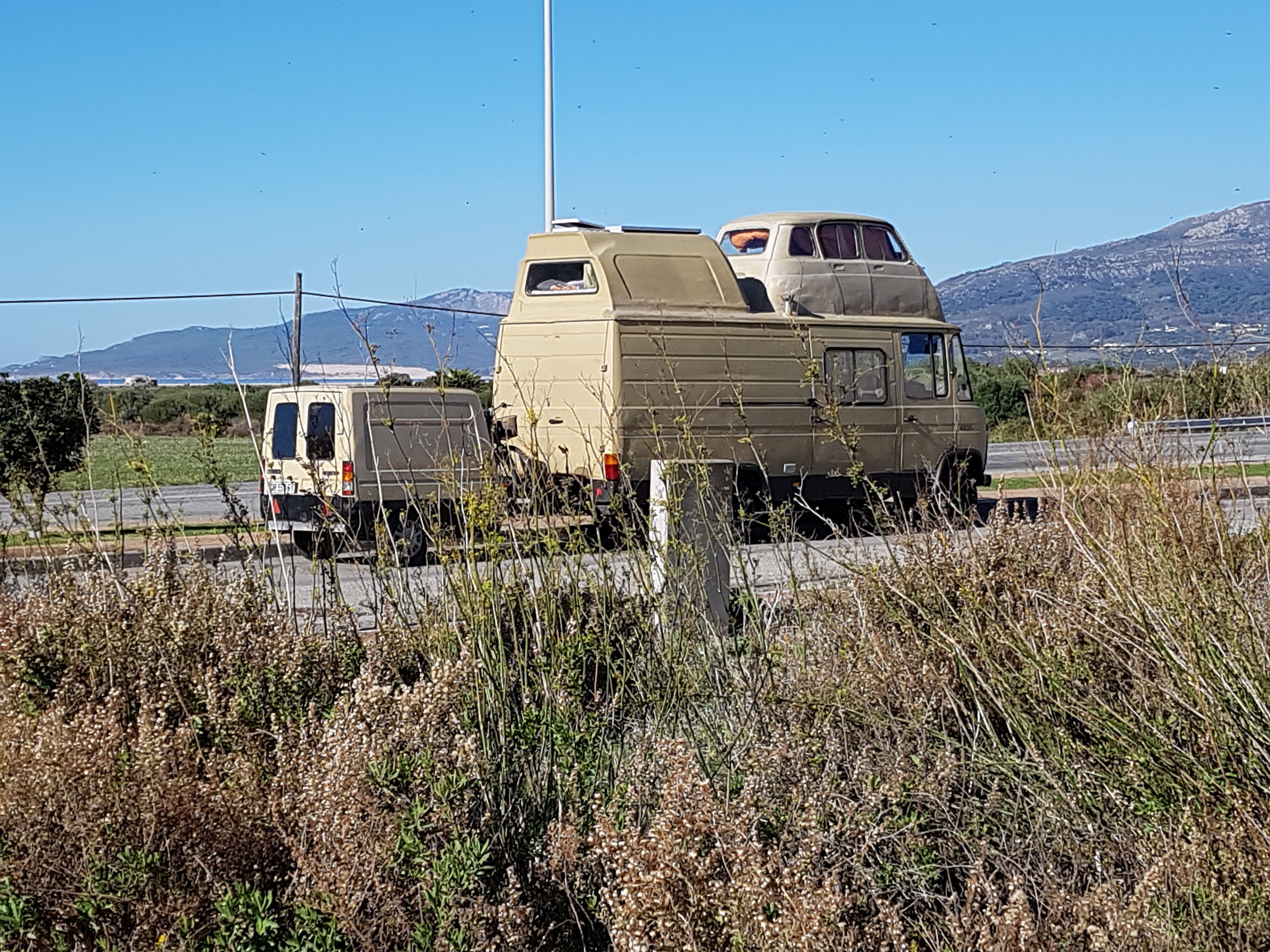 French camper contraption in Tarifa. Easter of a good Renault 4 some might say. It wasn’t going quickly on the hill out of Tarifa 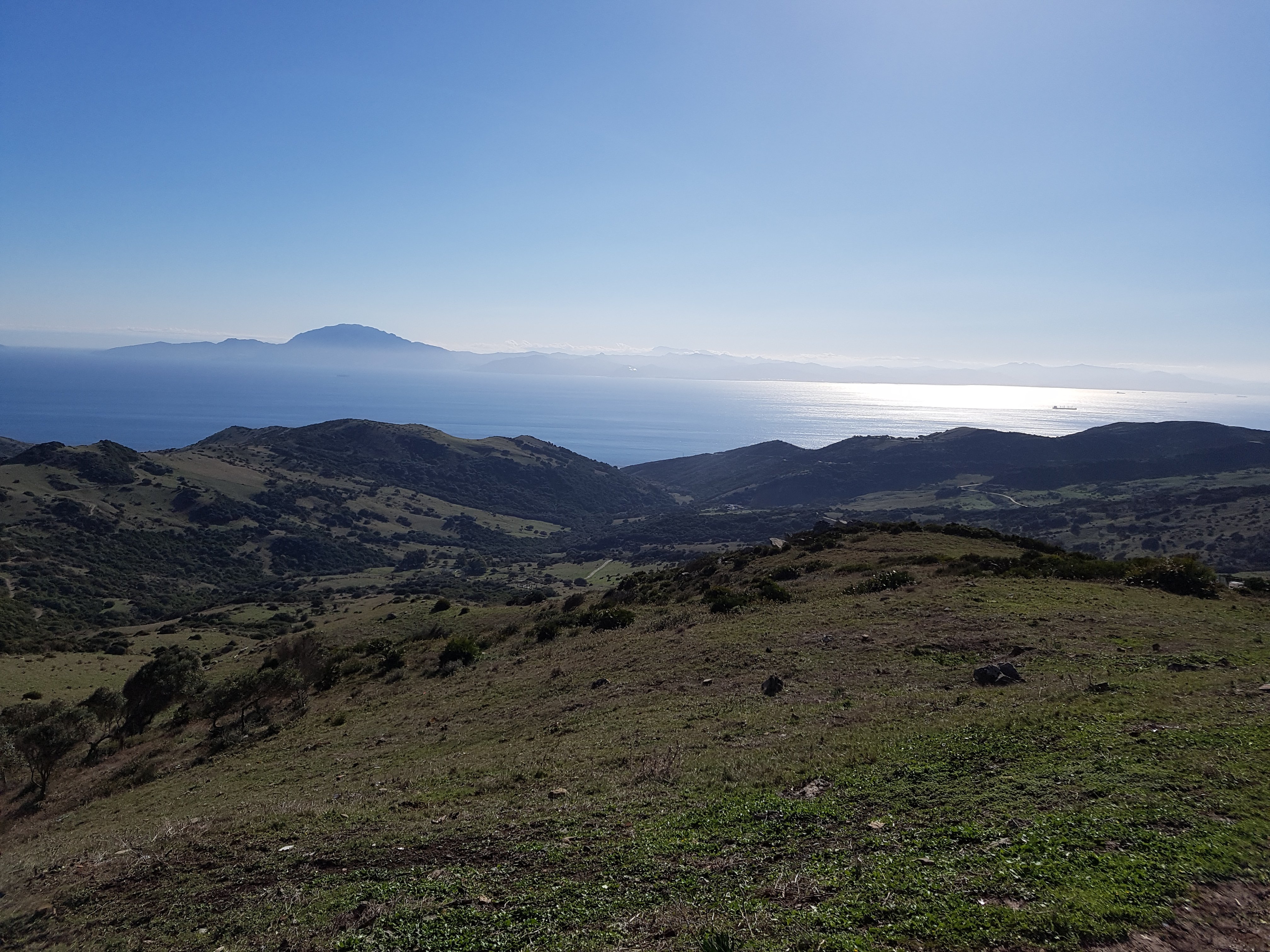 Across the Strait of Gibralter to Morocco

Got chatting to an American family who have lived in Morocco for 10 years and Mike had just sold his surf board manufacturing business but was carrying on working there. Great chat and the upshot was a return to Tarifa to book the hydrofoil across to Tangier Ville rather than Med. 240 euro open return is a little more than the normal boat from Algeciras but meant to be a lot less hassle. We shall see. 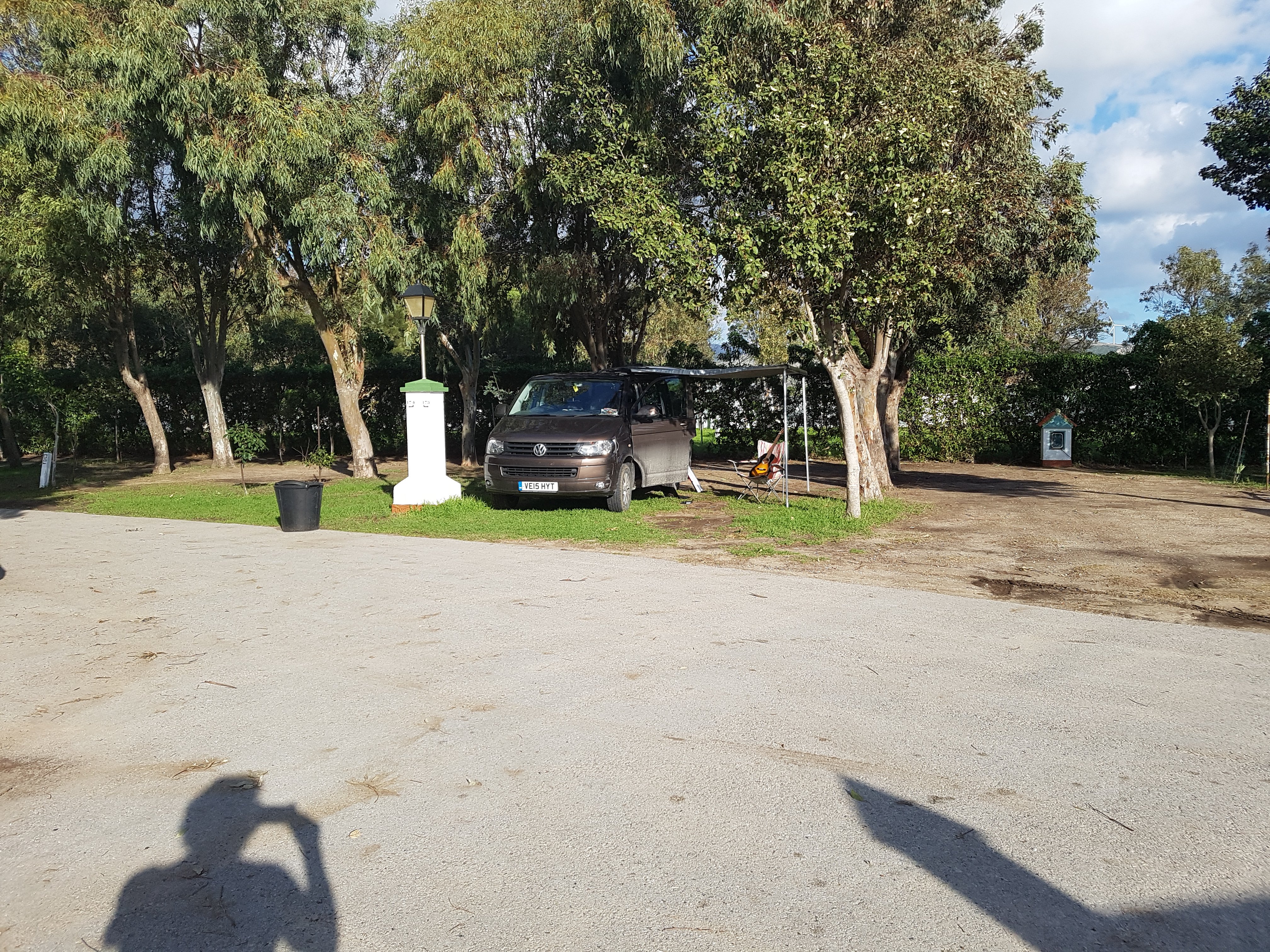 Nice camping spot in the sun

Headed out of town to a campsite I’d seen on the way in, Camping Rio Jama which was both cheaper and a lot nicer than Zahara last night and even the shower was warm. Bonus. Again the German, Swiss and Austrian campers dominate and given the location you can really see why. Come 11am it had warmed up to t shirt weather and stayed that way till 5.30. 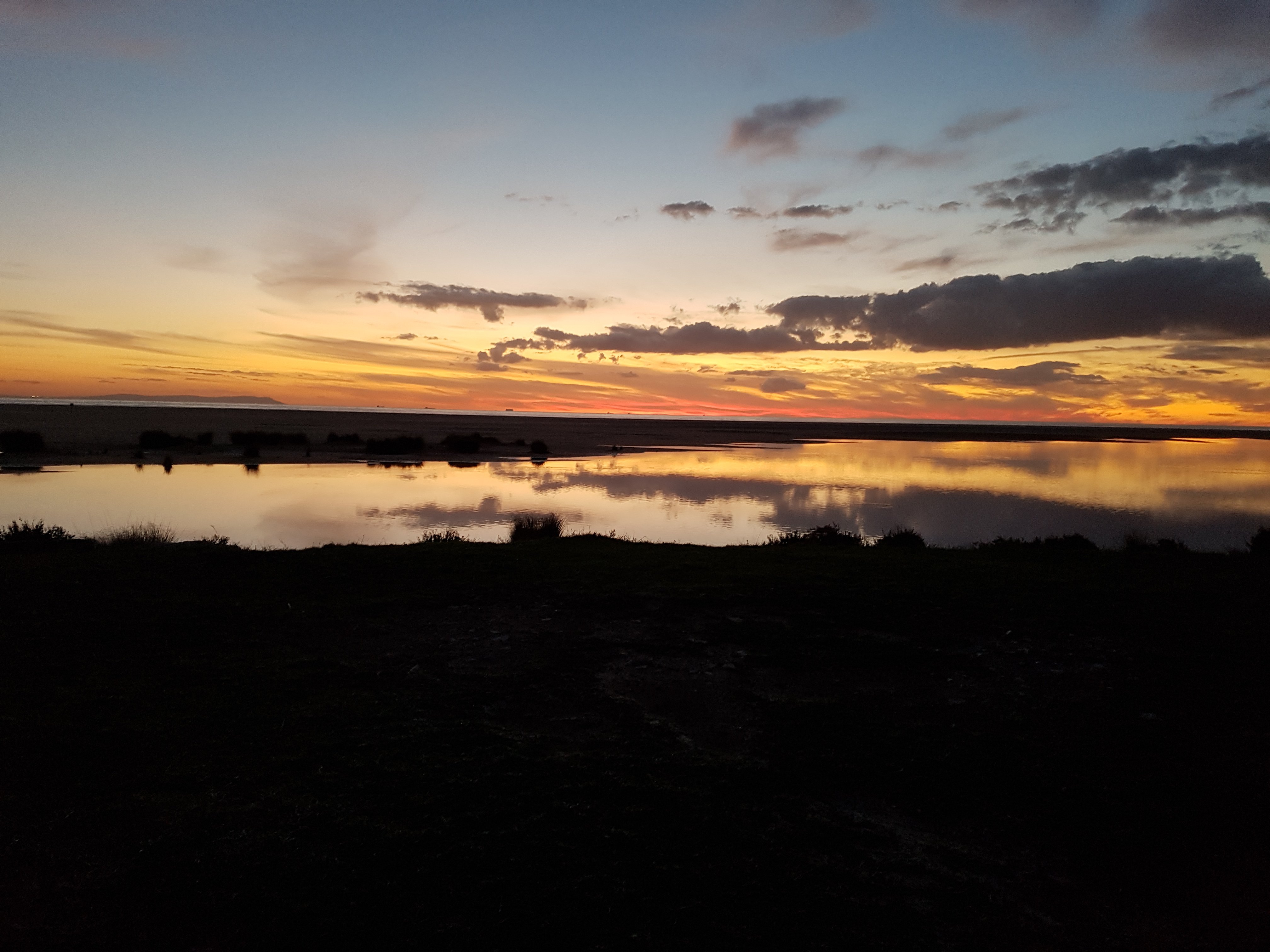 This campsite much better than Zahara and next to a nice beach and nice town. Strummed some bad guitar and then headed up to the campsite bar to grab a beer and pizza which was okay and watch Real Madrid win the Club World Cup against a Brazillian team. Nothing dramatic before returning to the van to look at return ferry options from Spain.