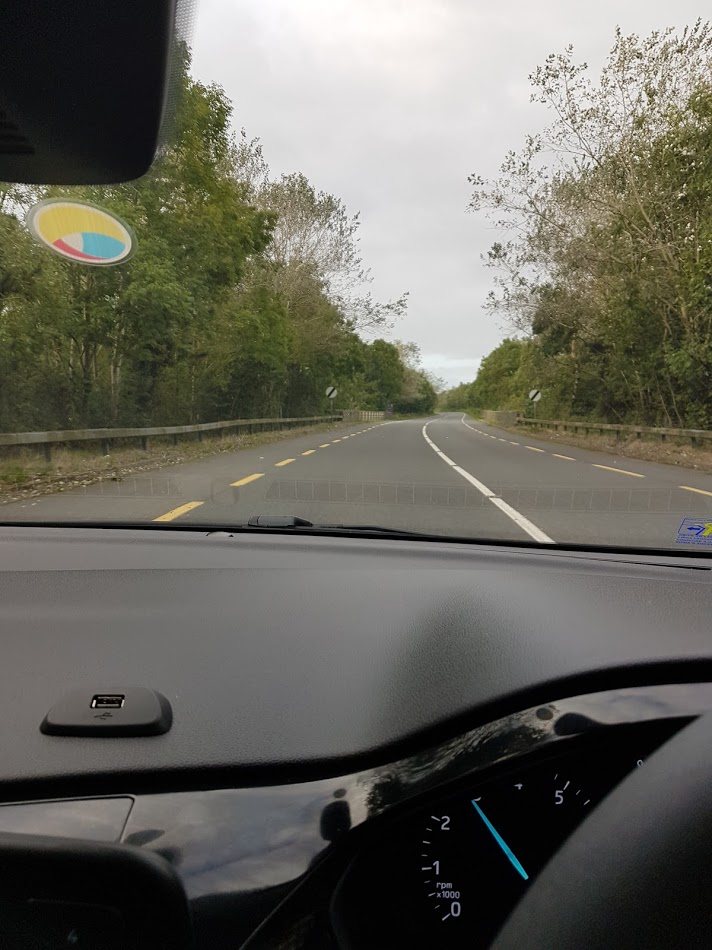 Took a trip north from Dublin after work yesterday, along the M3 and then N3 up to Belturbet, a small town in Co. Cavan that I’d last been through back in the 1980’s. It used to be a long journey, bouncing your way up the N3 through Navan and Cavan, after usually getting lost when leaving Dublin.

After completing my mission just outside the town (more below), I headed the short distance north on the N3 as it crosses the border on the way to Enniskillen, no signs and apart from the road markings you wouldn’t know you’ve left the Republic and entered Northern Ireland. My memories from getting to Blacklion, also in Co. Cavan involved the N87 and some minor roads, primarily to avoid the then pretty brutal British Army border post at Swalinbar. So why didn’t we go straight up the A509 to Enniskillen and then across to Blacklion, via Belcoo ? Well, it’s because the road was shut in 1972 after the Loyalists had tried to blow up the bridge a few times and then only reopened in 1999.

For many people in the UK currently listening to the ongoing Brexit debate, the discussions on the Irish backstop and hard borders in Ireland may seem irrelevant as geography means that it really has got nothing to do with them. However driving in the area, let alone living, shows how significant it will be for the people of the area and why there needs to be some form of agreement when the UK leaves the EU.

Without straying too far into politics, the border has been since 1997 simply a line on the map, with free movement and very little violence. I really have great memories of my times in Fermangh, Leitrim and Cavan in the 1980’s, though the bombing at the Enniskillen fishing festival in 1984 happened just before one of those visits (remember parking in the car park). It would be a tragedy for this to be lost, with closed roads, border check points and restrictions on movement.

And my trip to Belturbet was because I’d stumbled across a property for sale just outside the town and fancied a look. Well worth the trip and the house was unlocked and open so had a short tour. It’s an interesting area in the lake district, though relocation may not be an immediate option.