Not the busiest of days in Morocco, but very welcome after all the driving; fell asleep in the van around 8pm and after a short wake up call at 4am was still in bed at 8am. Can’t be bad. It’s cold at night for sure and two sleeping bags needed to get through the early morning.

Another run, this time up the promenade and back down the beach, though the pace wasn’t stunning and the legs were struggling a little bit. Good to be back into the routine however. Chatted again with the Swiss couple and they’d had a battle with the cats during the night as the kittens climbed over the inner tent. I did see another cat climb up inside the engine bay of another camper van; given it was a ropey Ford Transit based camper from the UK, it was going to have a long drive before finding a new home. 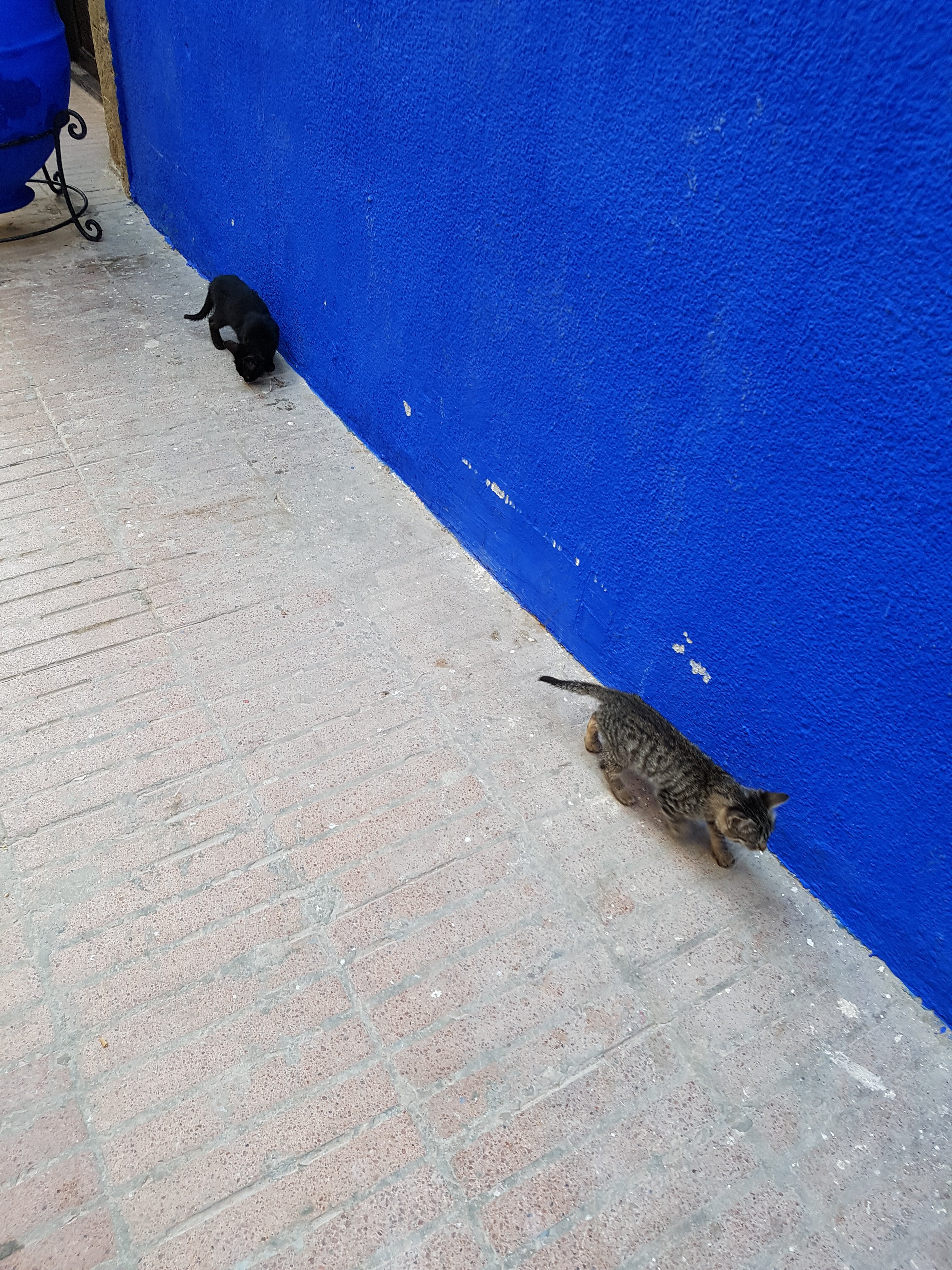 Into Essaouira for some shopping (presents, so can’t divulge too much to some of the readership), and then a mooch up the main shopping street. Found a dustpan and brush for 12 dirham (£1) and the Bob’s Music. Nothing Moroccan on vinyl, just some Demis and Nana LPs and an interesting Jimmy Page album, which I’d not come across before and research shows it features one of my favourite artists, Brian Auger, as well as Sonny Boy Williamson. One to add to the list, though the original on Marmalade is a bit pricey (like the other Julie Driscoll, Brian Auger and The Trinity ones). Did pick up some Gnoara and modern Berber music on CD, ready for the van when I need to get some more miles. Decided I needed to chill out a bit, so booked a hotel in Sidi Kaouki, about 20km down the coast for two nights, so that I could get some reading and guitar playing done. 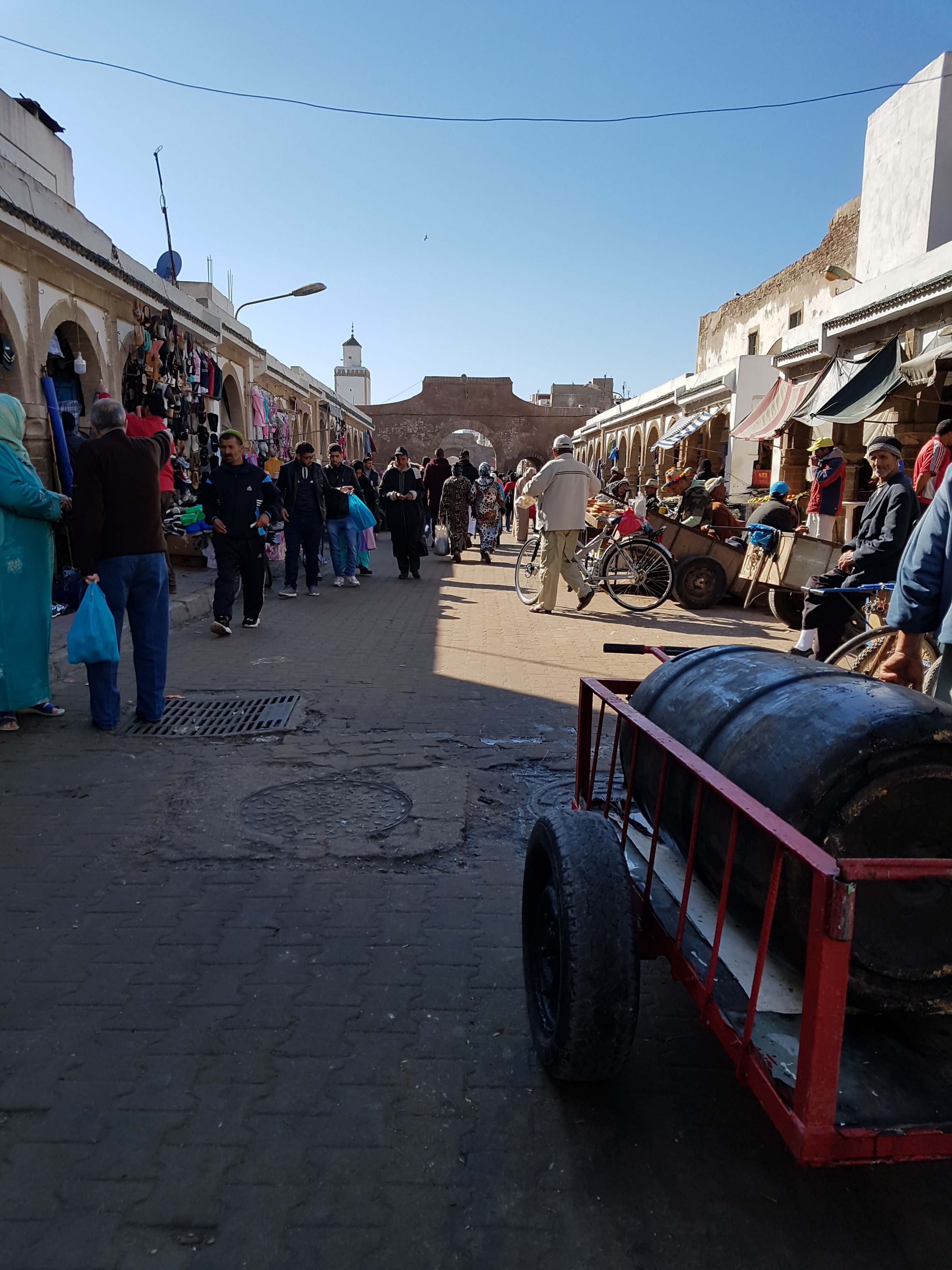 Ate a nice goat tagine, in a restaurant that I think was only opened for me (recommended by the shop where I bought a few things); Essaouira is a really nice place and one that has direct flights from Luton (and other lesser places like Paris and Brussels). It’s hassle free, some great shopping and a good mix of tourists and locals. To be recommended and would be good to come back and potentially stay in town. 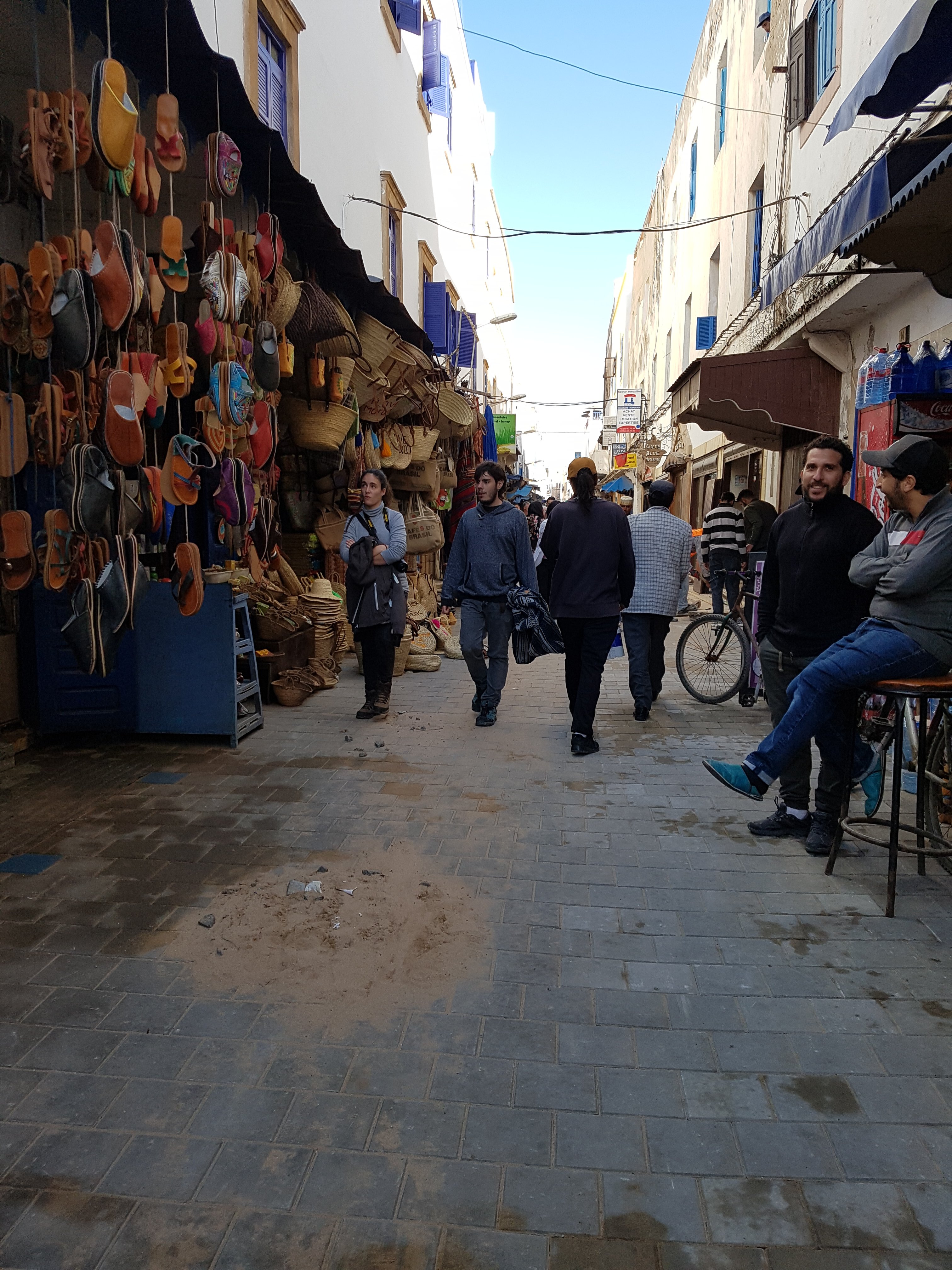 Like a lot of the coast, Sidi Kaouki is windblown and a bit low key, with a surf shop, nice beach and some cafes, in that order of importance. The Villa Soleil is recommended in the Rough Guide and it’s a nice place and I’m the only person staying here. Good time to come in the run up to Christmas as noone wants to be away for big day. Looking for accommodation after Tamara arrives on the 29/Dec in Marrakesh proves this.

Went for a short cycle ride and then back for a tea noir; I’ve avoided the tea menthe so far as not really a fan of mint. Amazing how two sets of Dutch people still want to chat to each other across a cafe, rather than walking over to sit next to each other. A couple of Italian guys then tried to chat up the two Dutch girls and included promises of lifes to Marrakesh and waterfalls etc; all good cafe watching. 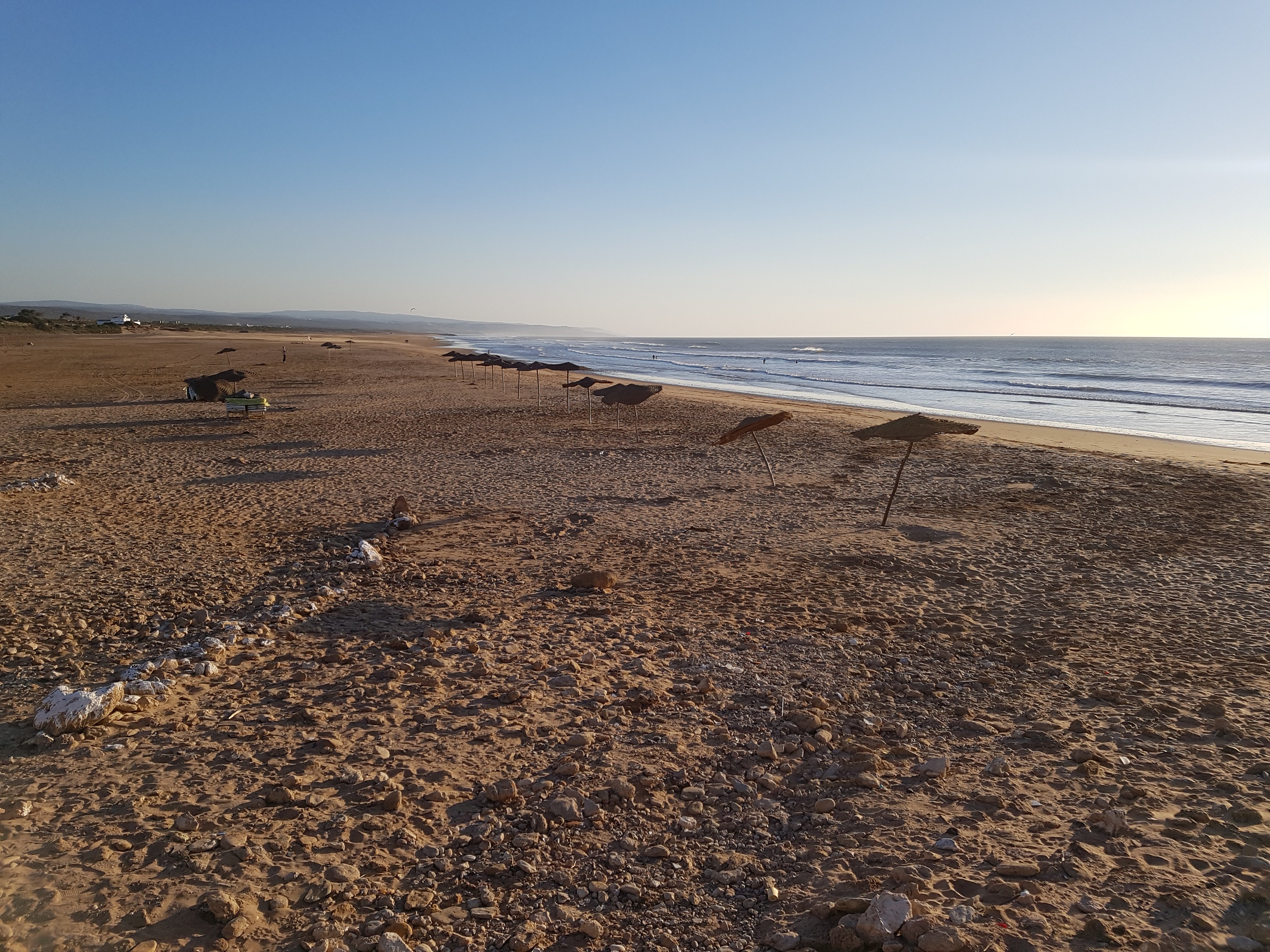 A very chilled evening playing some guitar badly and some reading. Settling in to the holiday it seems. 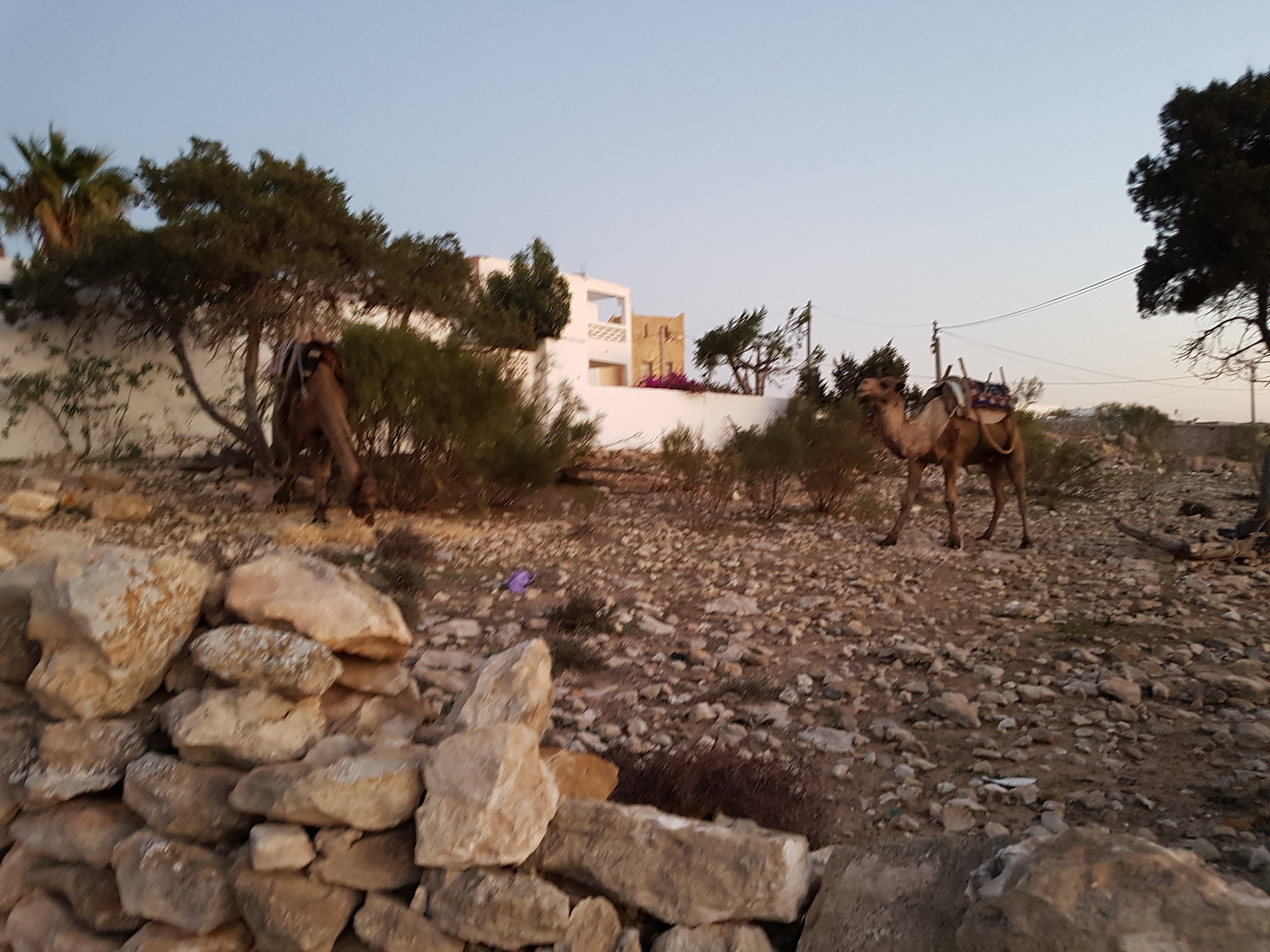 Outside the Villa Soleil