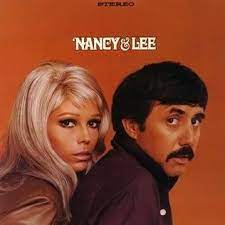 Day 2 of the shop being open came nearly 4 months after day 1 and a nice sunny day brought an enthusiastic set of people up the hill to browse the stock on offer in a shop, one that has proper display cabinets, more stock and an ambience of being open.

On asking two different customers what they sought in types of music, they both said responded asking if I had anything by Lee Hazlewood, one of the darker, less well known figures of 50s, 60s and 70s pop. Best known for working with Duane Eddy and Nancy Sinatra, most notably on the haunting duet Some Velvet Morning and producing These Boots Were Made For Walking. Nancy Sinatra described Lee Hazlewood as “part Henry Higgins and part Sigmund Freud” and he made her sound much more gritty and it was dad Frank that brought Hazlewood do make a success of his daughters career.

Both mentioned the Light in the Attic series, which looked at his work and the output of Lee Hazlewood International (LHI) label, something I’d heard of but never had a chance to get my hands on. He spent time in the 70’s in Sweden, following the failure of LHI, leaving behind significant tax bills (I’d not seen Sweden as a tax haven before).

There’s no doubt my tastes in music can indeed by described as eclectic and there’s nothing than I like more than buying a record in a shop based on little research and a whim; it needs to be different in terms of presentation and sound. Whilst Bandcamp provides at massive online basis for this type of music buying, nothing like doing it face to face so to speak.

Hopefully, the shop @26 Market St will be able to do this, as well as having a good selection of standard record fair to cater to a wide audience. Extending tastes in music isn’t so hard when you are starting from a Lee Hazlewood base !