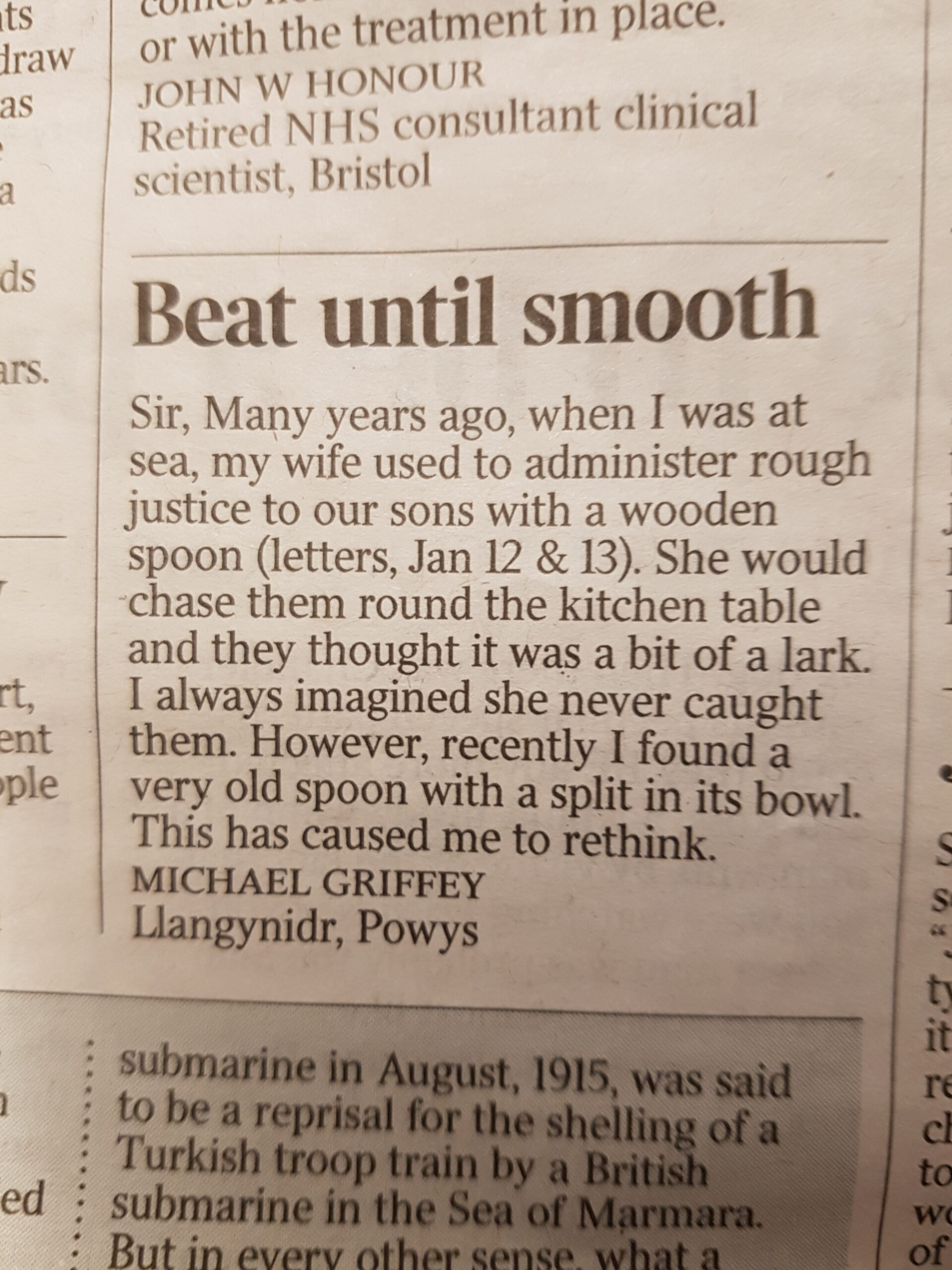 It was the best choice of free newspaper prior boarding the Lufthansa flight from Birmingham to Munich. I don’t read The Times too often,  but I was hoping for something slightly cerebral so I could delay ingesting the contents of this month’s Record Collector for later on my work trip to Austria. However it’s clear I was over optimistic.

A few things are clear: Papers want to give you their opinion, with comment sections seemingly outnumbering news stories.  The letters page is bonkers and ‘proper’ news articles aren’t easy to read and don’t seem to flow at all. Nothing dragged me in for a longer read.  The Times and it’s contributor seemed to be intent on banning me from using wood burners, making me eat more fibre, continuing to live in London (rather than moving to a 30 acre estate in Berkshire?!!) and that telling me that micro cheating on my partner is not okay. What is micro cheating ? 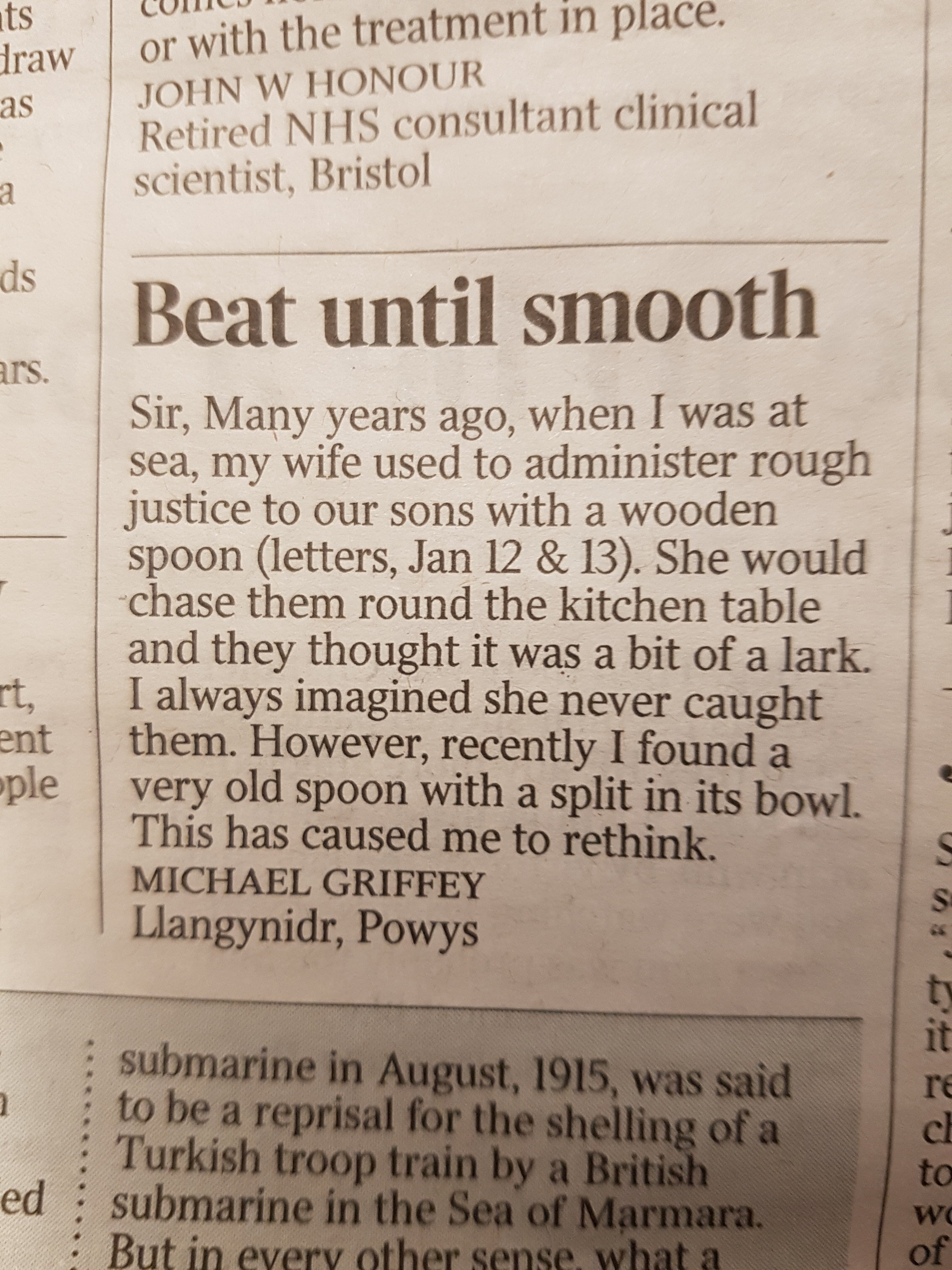 That one of the letters was written by a resident of Llangynidr, Wales’ very own nimby Surrey village, and it comes as no surprise.  I am still a bit bemused on why the letter was written and why it was published.  Newspapers still have clout when it comes to swaying the opinions of people, on their choices in life, in particular their politics.  Even if you aren’t a regular reader, the right leaning views of The Times are pretty clear from the story of the “left wing” takeover of the Labour Party. It’s a conservative tendency (with small c) that takes aim at the thrice married UKIP leader and his girlfriend , who happens to be 30 years younger than him. 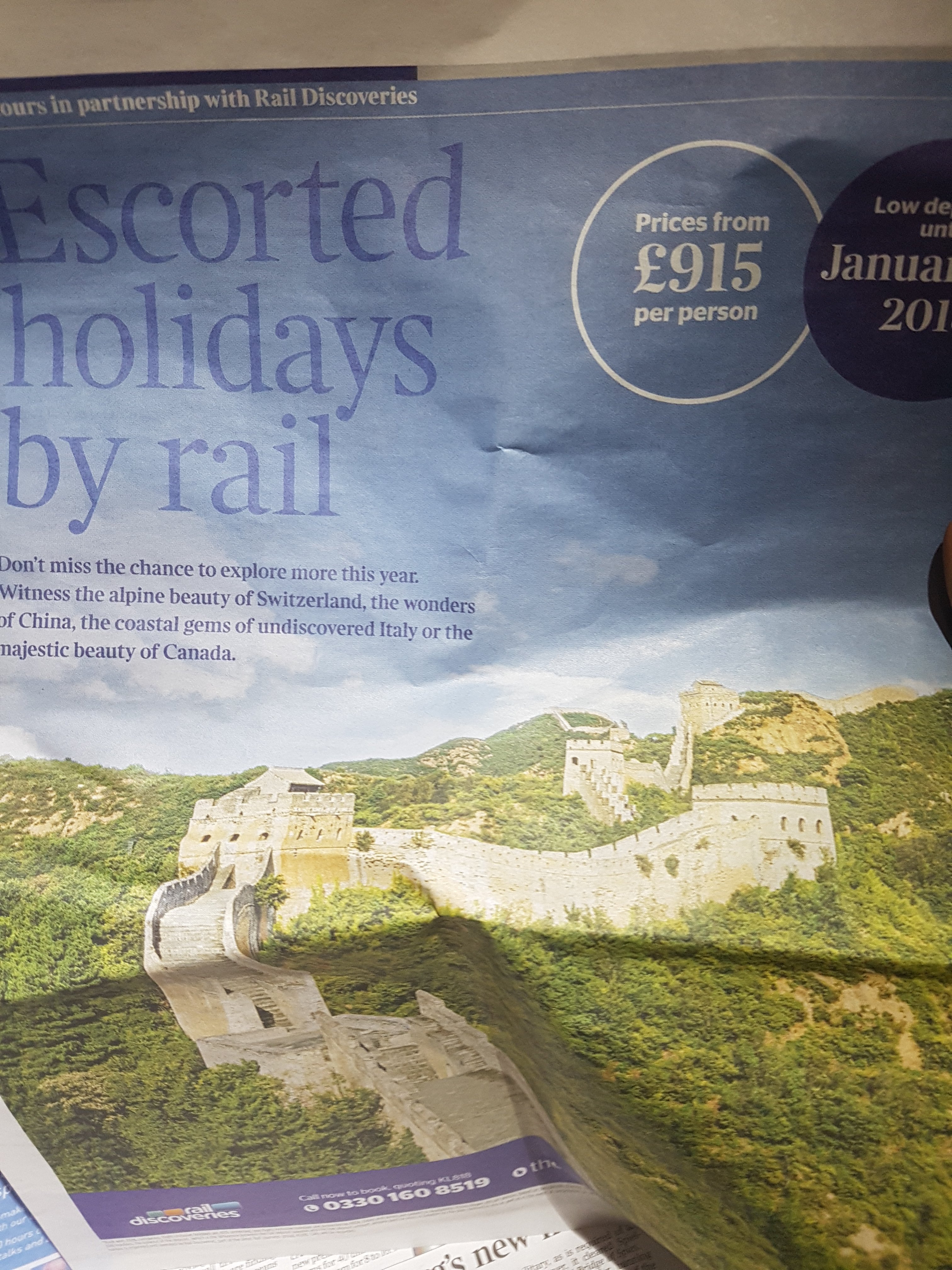 However, for me,  there is indeed a case of a personal need to combat the confirmation bias I have, where possible and pick up The Times rather The Guardian from time to time. I would have picked up the latter had it been available but I would then missed out on the slick 8 page insert offering rail holidays (in partnership with The Times). Perhaps seeking out something that challenges my views and opinions is better than something that agrees with them. This is a challenge for us all but of course doing things we wouldn’t normally do (Christmas eve shopping, buying out of season fruit and veg in supermarkets or listening to Radio 3) wouldn’t necessarily make you happy ? 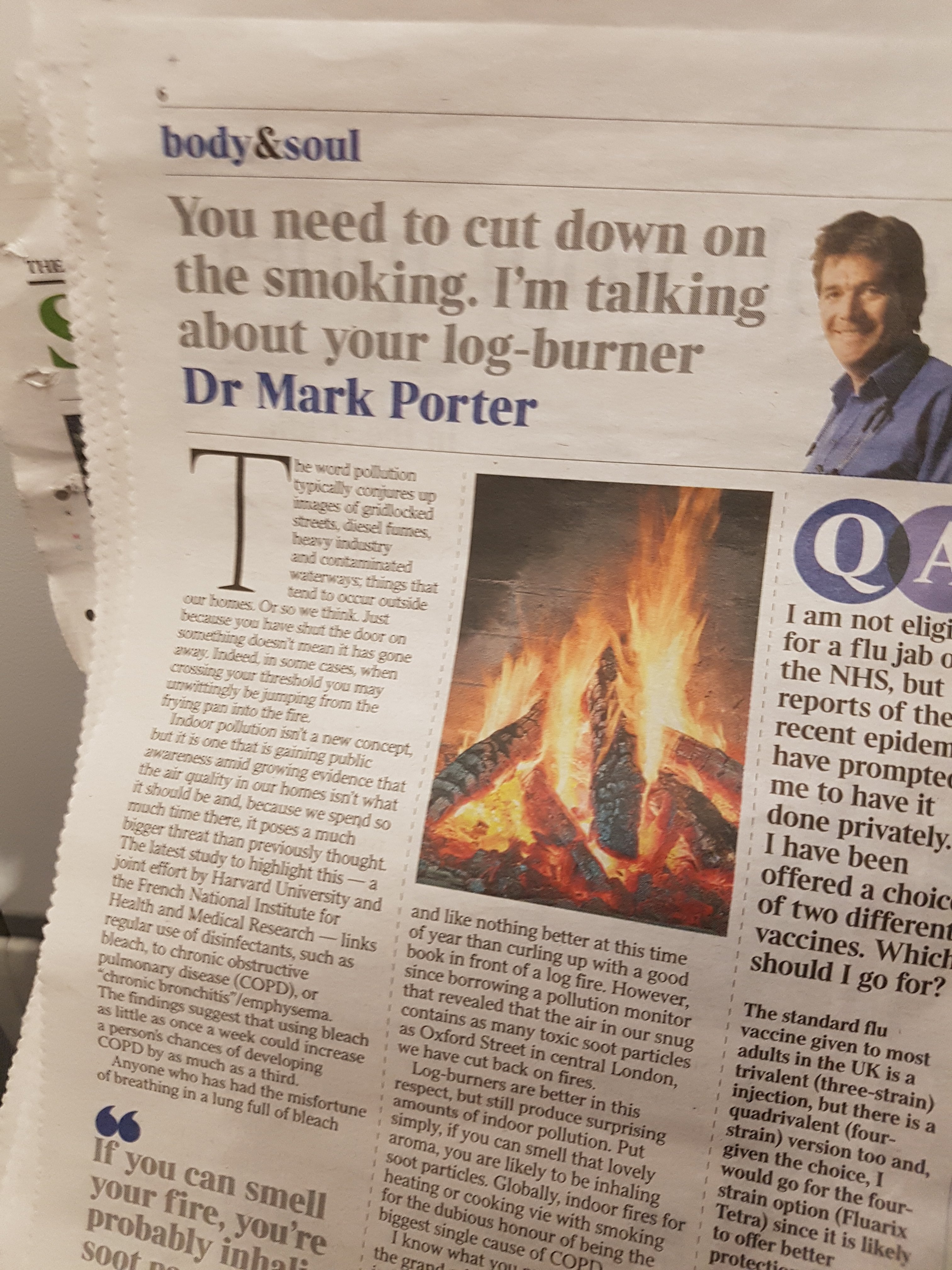 Like all things, doing it in moderation and balance is good and I’ve achieved that to some extent by ingesting the hateful Murdoch sheet for hour. I am now a secular newspaper reader with a wider tolerance of other readers.