About a year ago (November 2017), I wrote a short blog about Nuxil and The Present Age, which itself referenced a short book called The Present Age by Soren Kierkegaard (see Wikipedia for a list of references about the concepts and the philosophy being discussed).

The key premise from Kierkegaard is that the ‘present age’ lacks passion and energy and there is a tendency to live on the glories of the past.  Presenting, talking about and discussing the glories and excitement of the past lacks something over having actually being there, lived through it and experienced it first hand.  Though the blog post was written quickly and slightly tongue-in-cheek, my thoughts last year was based on a need to promote and preserve the culture within Red Hat, that had in the past kickstarted and driven the companies approach to business and the success that it brought.   I thought then and still think now, that this was also going to be difficult from the safe environment of a successful company.

Rereading the blog post now, a year on and a few days after the news that Red Hat is to be acquired by IBM, it’s made me think that irrespective if you are concerned or not by the news, then you also be excited that you will be part of an ‘event’ [1] and that you will as such be really living.

Kierkegaard’s philosophy is relatively abstract and as such takes a view goes through to penetrate, but one common theme is his concern around the dangers of sleepwalking through life and therefore not really experiencing it.  For example whilst no one enjoys the trauma of a relationship breakdown, bereavement or any other adverse event, the emotions you feel can as such make you feel alive.  You are living a life. 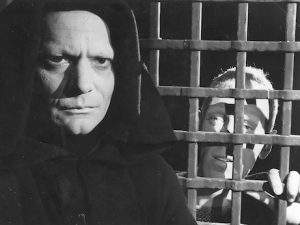 Whilst no one is going to die through being acquired by IBM,  the sense of adversity or excitement that will be directly experienced, good or bad should be embraced.  For me, change is a means to avoid being complacent and even in the last 4 days, I’m having great conversations with colleagues and friends about the acquisition. We may not agree on some things but that’s not the point. We are all directly experiencing something significant that will change our life.  Whilst Trump and Brexit are also seen as divisive issues with lots of negative impacts, they are significant events that you are living through and as such contribute to who you are.

I’ve always been slightly reticent about following people and their ideas that have come from the Management and Business section from the airport bookshop.  In many cases, to make them appealing they provide direct instructions on how to transform something (yourself, company, lifestyle, diet, thinking etc). By being instructional, they don’t provide the space for you to interpret the wider message and the context of what is happening to you.

So, as part of the acquisition process, share, read and discuss, but also take the time to reflect on your own feelings, in isolation.  Review how you feel and develop as a result as you go through this event.  Whatever your opinions, seize the opportunity to really live with your emotions rather than the complacency of the present age. 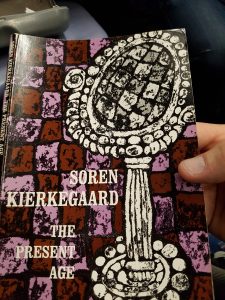 [1] revolution if you wish, I’ve used this term a lot since the 1990’s around open source and have been at times castigated as a result, in particular by a senior exec at a software company when I worked for UK government.

[2] The film is full of Kierkegaard themes and as such is one that gets better with each viewing.

One thought on “Red Hat and IBM : The Present Age”