Today I went in search of rock art at a village called Tirnmatmat, which had directions as an afterthought in Rough Guide. Ended up cycling 47km and doing a circular tour with 600m+ of ascent but I did end up finding the village and the rock art.

This was one with the aid of a guy who was back from Agadir Univeristy for a few days and with some pretty broken French. The rock art has some nice gazelle and hunters but unfortunately a later edition of a VW Beetle. The valley itself is pretty dramatic with a big oued (river bed) that must take a lot of water when it does rain. 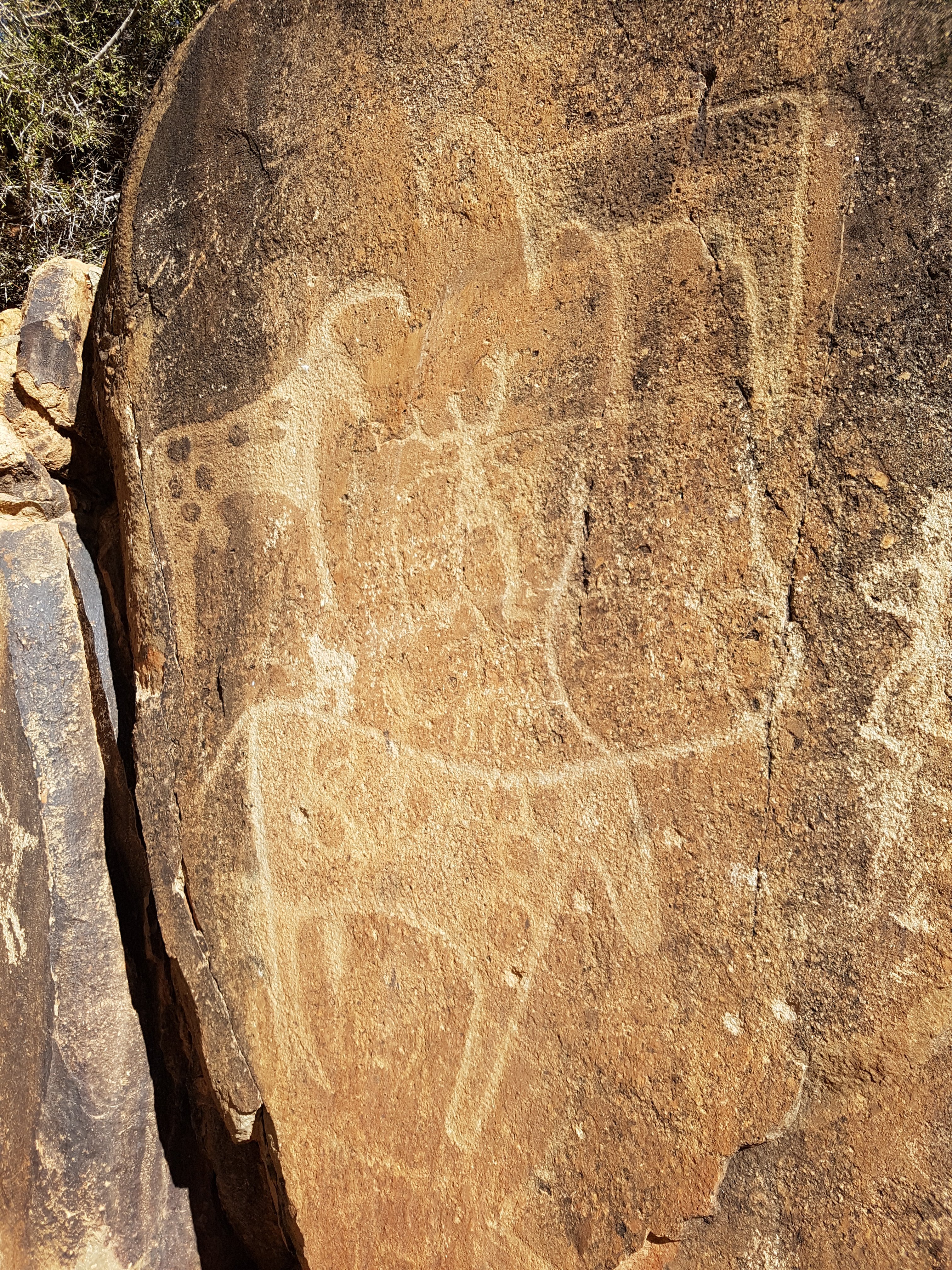 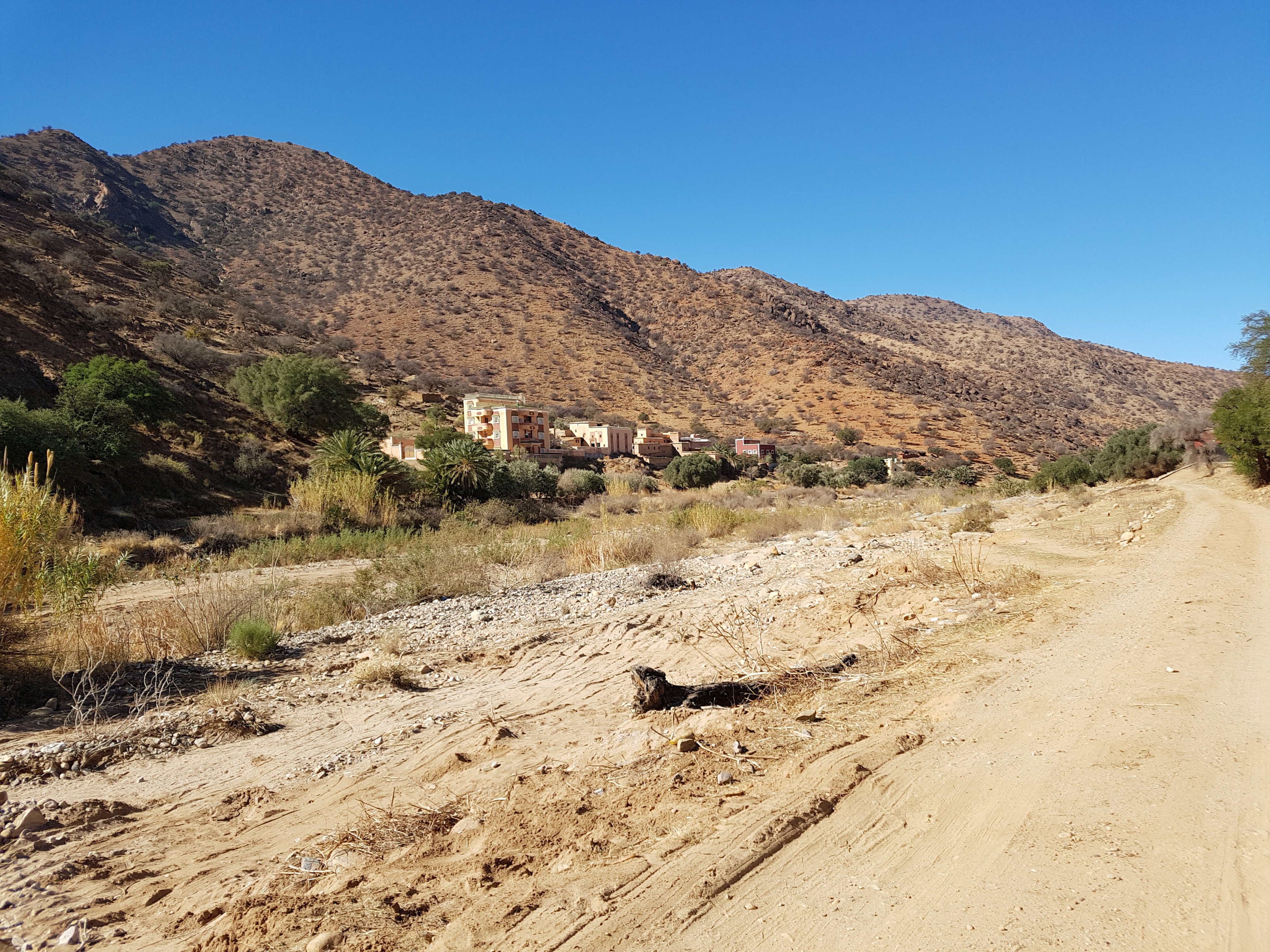 The broken French conversation got into politics, both Moroccan, North African but also at a general level (gauche ou driot per example) but also the main theme about the future of the village. The Rough Guide described it as half deserted but like a lot of places in the Ameln Valley the majority people have gone to Casablanca and beyond to work. There are some nice houses in Tirnmatmat but they are not lived in continuously.

Oubella Lahossine (the guys name) commented that most Moroccans wanted to work hard and to earn good money and there wasn’t really the concept of simply living although that’s was the most end up doing as they cannot find decent jobs. His two older brothers were already working in Casablanca, one cooking in a pizza restaurant and the other working at a petrol station. He had gone through school and regional exams to earn a place at university in Agadir and whilst not the best in Morocco (Ifran seems to have that title followed by Marrakesh) he has an opportunity. 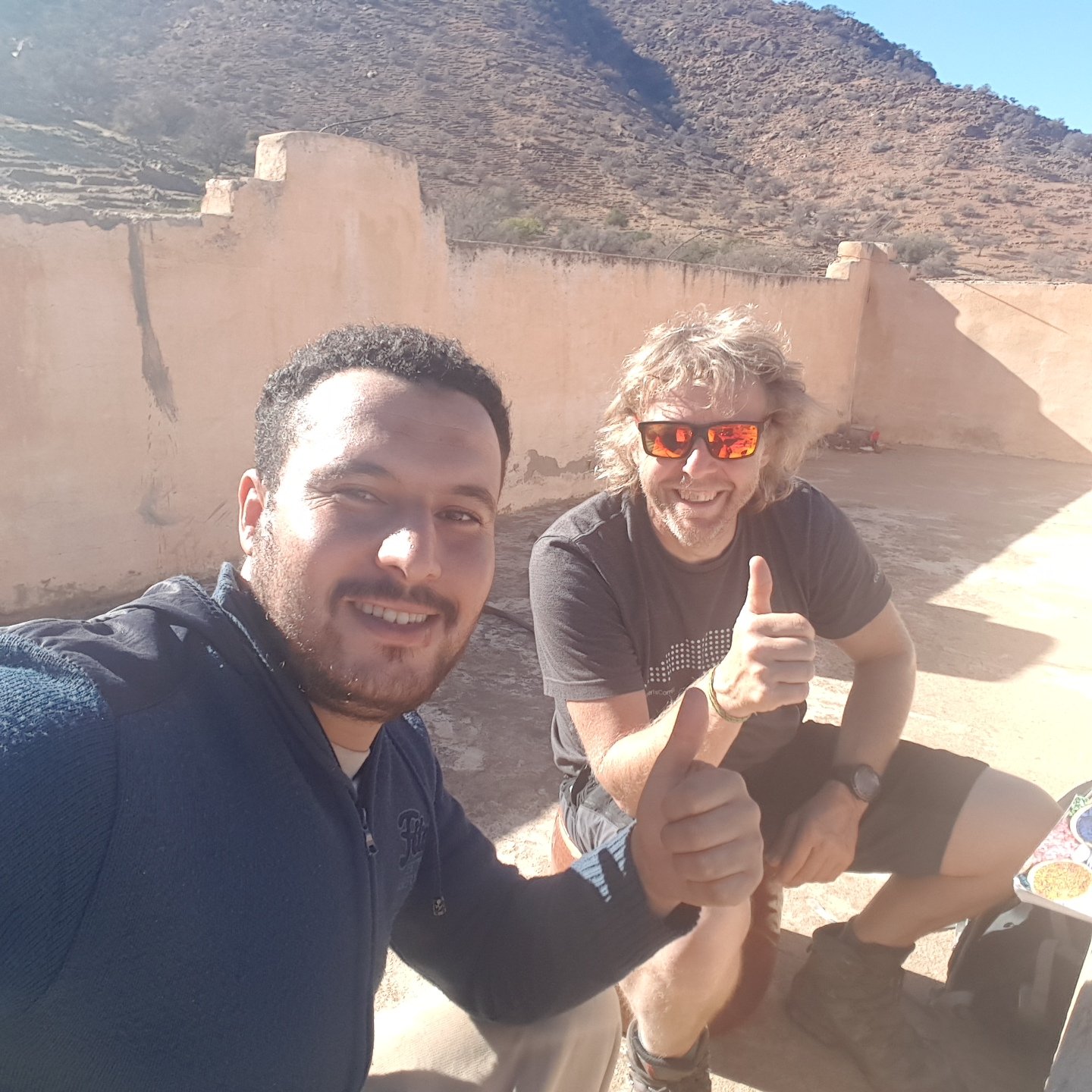 If this was the lake district then Tirnmatmat would be swarming with people and teashops but it’s current 4km down a dead end sort road with about 15 permanent residents (of whom 5 or so go to the Mosque). Got invited in to what is half modern and half traditional Berber house and had tea, goat and potatoes and further chat in particular getting Tirnmatmat on the map (Google Maps that is). 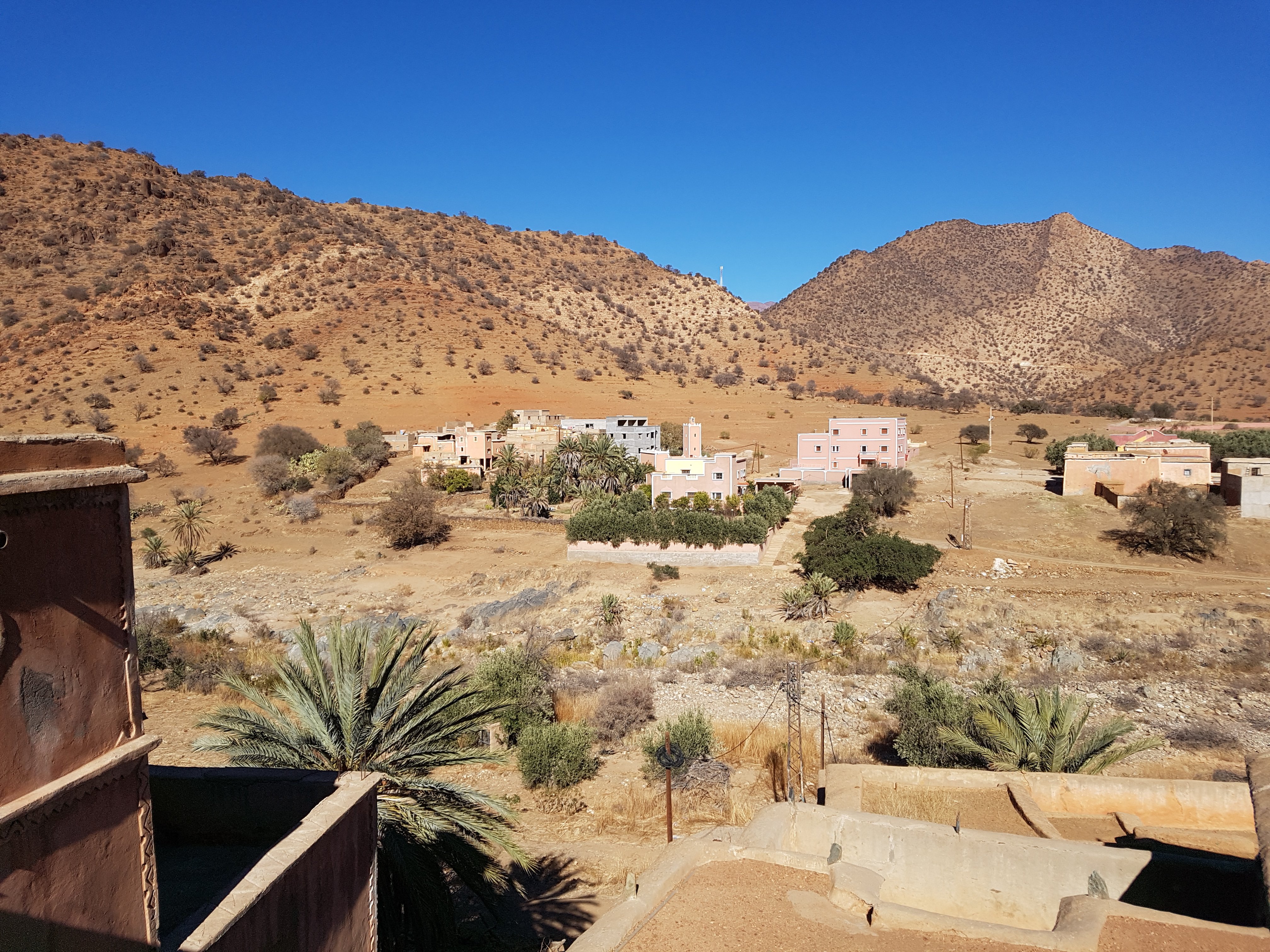 Sitting to the terrace overlooking the village it is a different world. No cars (none oof the main residents has one), birds goats and donkeys and old and new houses either side of the oued. The electricity poles in the village came down a couple of years ago and you need to duck under them now. Oubella is currently on a campaign to get them fixed. The village, like a lot of rural Morocco has good phone signal and 4G 🙂 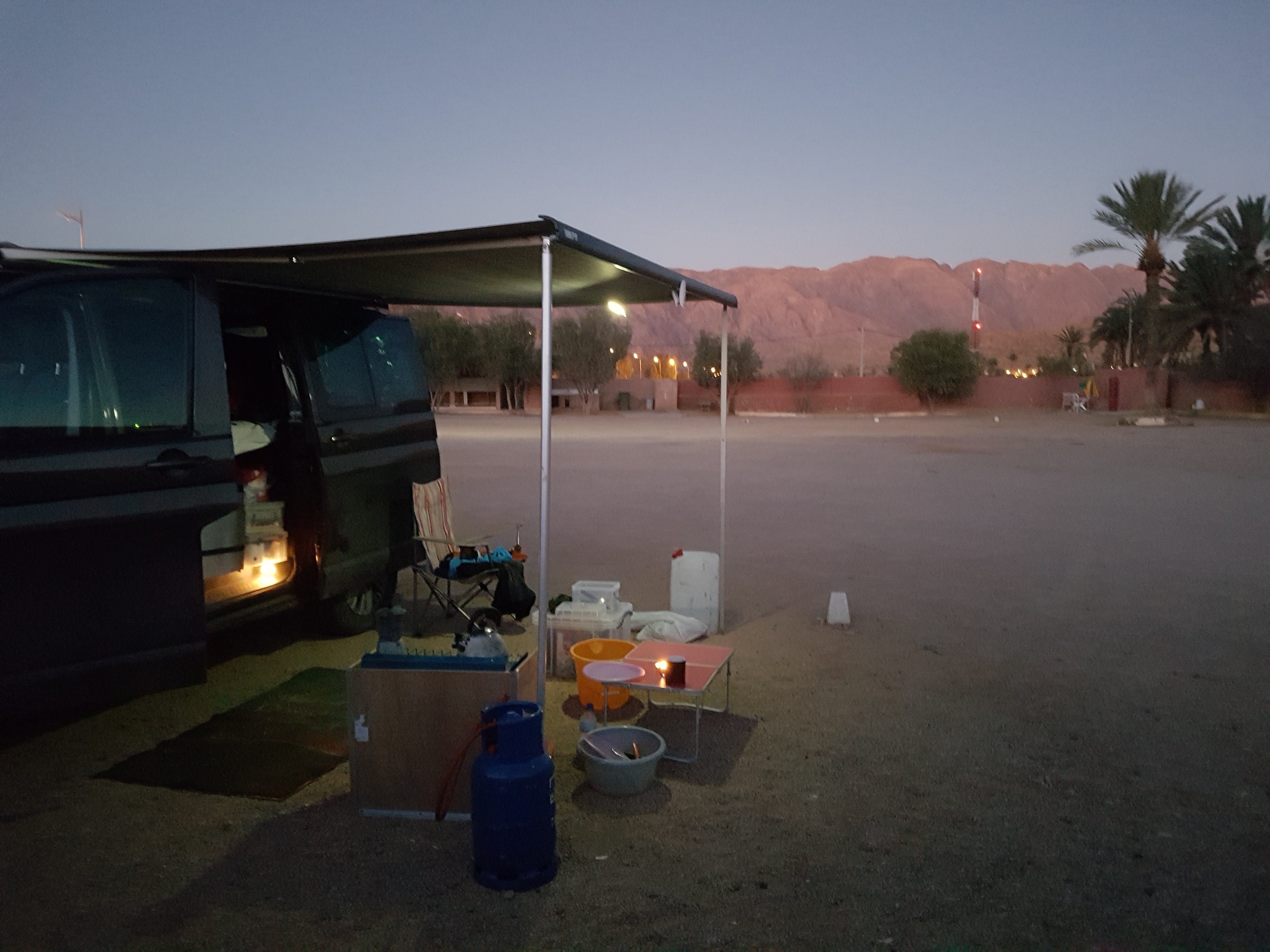 Gave him a gift before setting off and after getting back to the round complete the circuit back up the Ameln Valley and into Tafroute . I’d left at around 10h30 and back around 16h30 and a great day which was only blemishes slightly when both credit cards didn’t work in the cash machine.

Off to Marrakesh tomorrow to pick up Tamara and another stage of the trip begins.