Another 8 hours of driving brought me and the van from Burgos to Zahara de Los Atunes and one of the few year round campsites there are on the Atlantic coast. Zahora, Barbate and Zahara are basically all empty and all hotels and restaurants closed. There is myself and 5 vans full of Germans on the site and the 12 euro was okay for shower and a sh*t in the morning. Also right next to the sea and a quiet spot. A few campers in the large car park in Zahora Plage but I’m not on a really tight budget 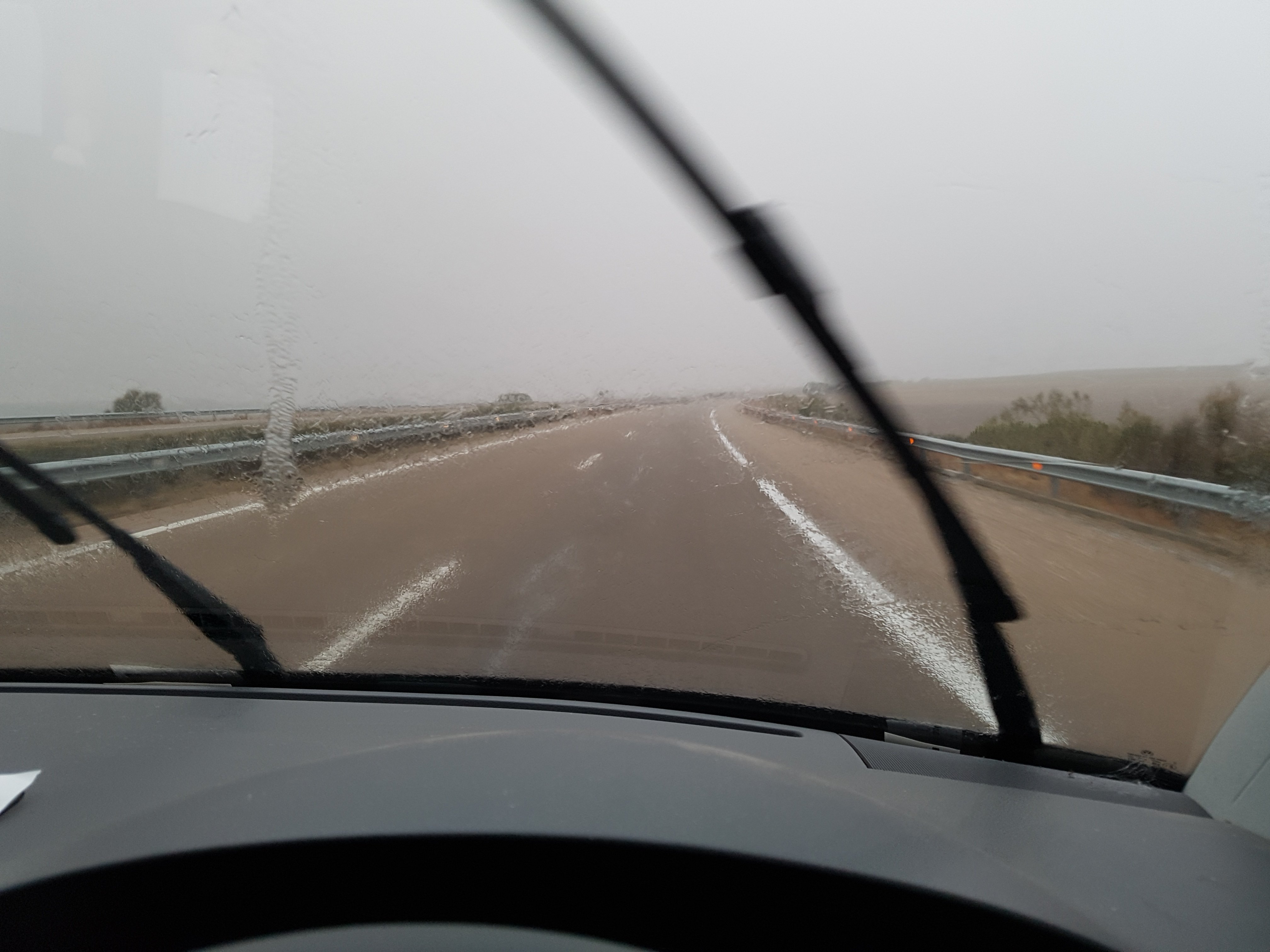 Needless to say Spain is known for its good but boring roads and the A66 from Salamanca to Sevilla is no exception. Pretty empty once the lorries head off to Portugal and you have around 500km of cruise control. Also most of it isn’t peage for only 7 euros today from Sevilla to Cadiz at the and of the day so no complaints. 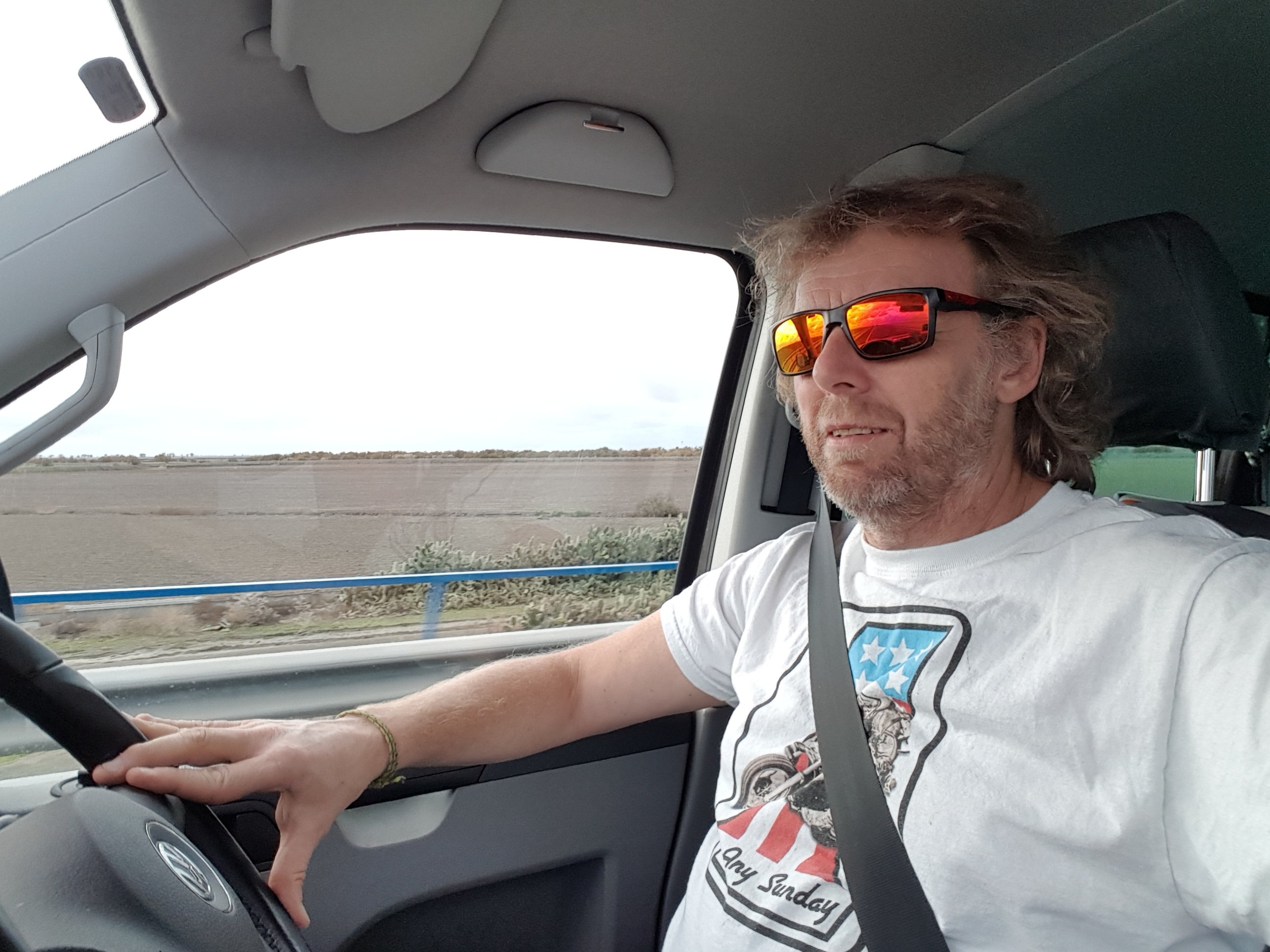 No problems with the van either and again an average speed to 66mph which isn’t bad when I stuck to the 120 kmh (73 mph) all the way. Less of a headwind also so managed 34.7 mpg which is 2 up on yesterday. So you can do Bwlch to near Algeciras in about 46 hours via Portsmouth/Caen including a 12 hour stop in a pension somewhere. Enough of the facts.

Did head off the autovia for a lunch stop so not only did I managed to cook some farm shop sausages I also bought two large bags of oranges for 5 euros. A quick panic after that they might be Seville oranges (ie fit for marmalade) and all good they aren’t. Also called into Merida and it’s Decathlon for a bike lock and a new helmet. Living the dream.

Also found that 70 mph with today’s wind was the right speed to get some audible resonance from the solar panel on the roof. The good news is that it’s still there.

Put the kettle on when I arrived at the campsite and it started raining and started moving everything under the rear door of the van, forgetting I now have an awning. Promptly put up i am now sheltering under it with a can of pineapple chunks and a Metalman beer from the fridge writing this blog. 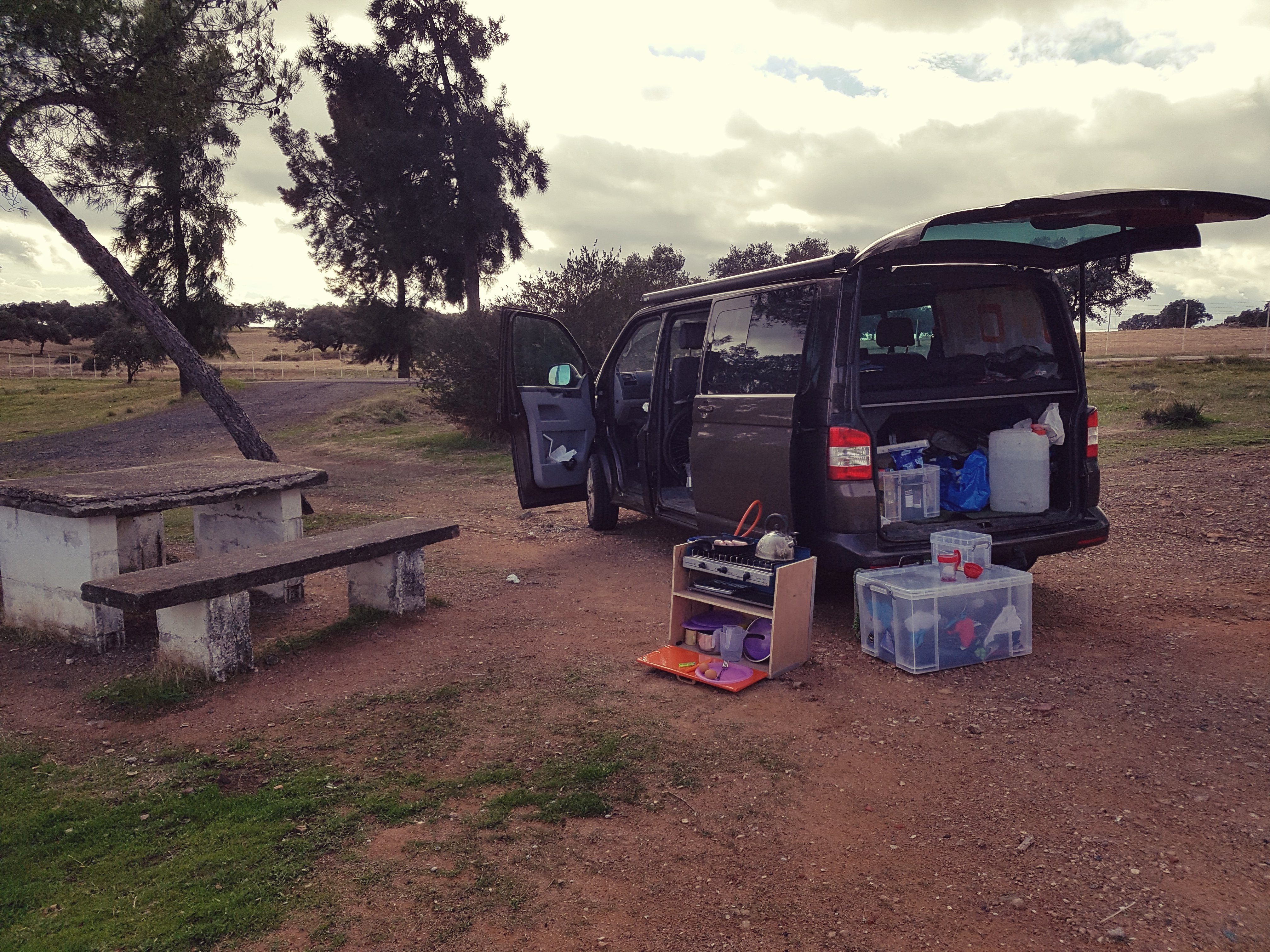 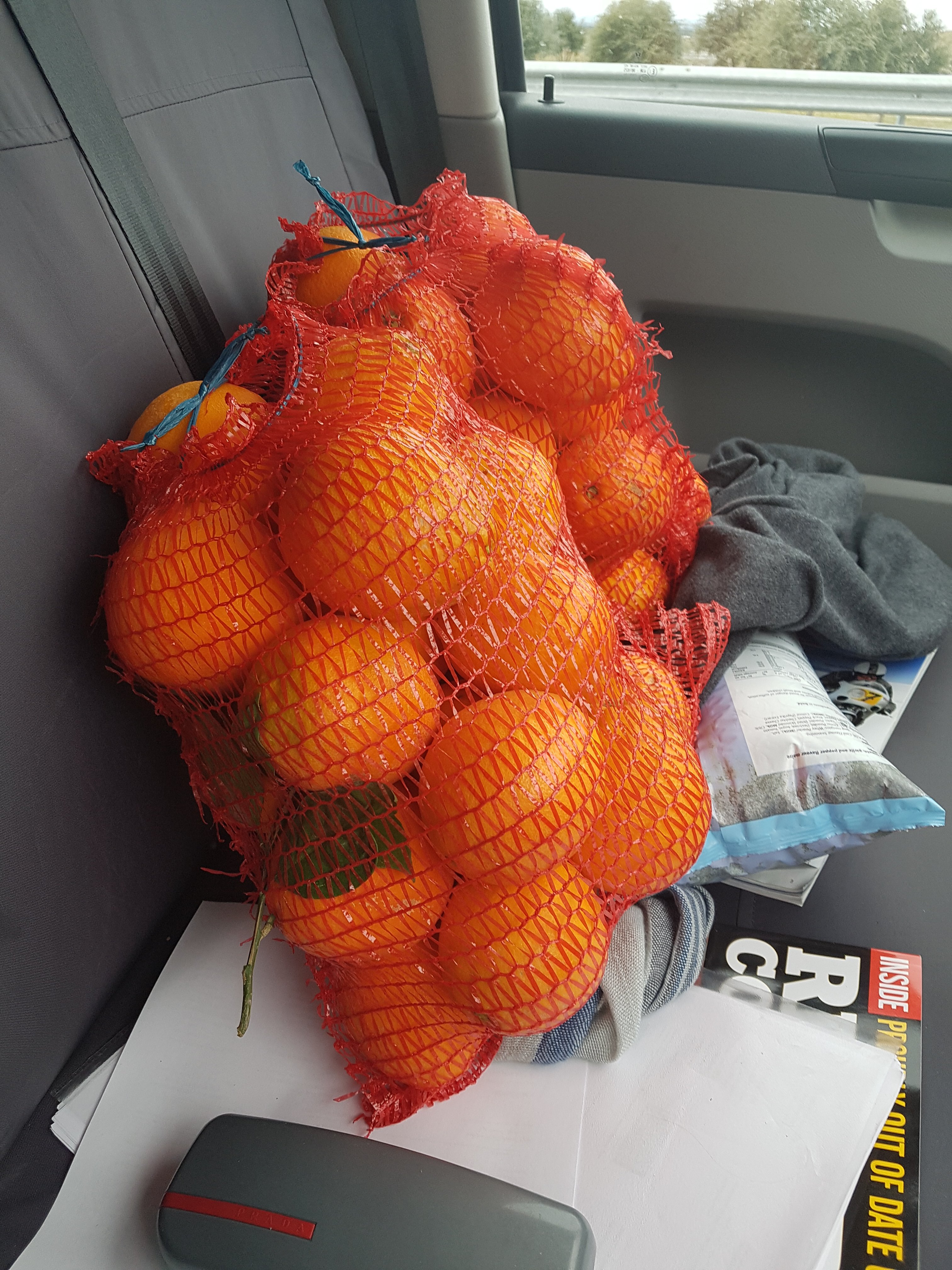 Was worried about scurvy from snack food in the van. Need a juicer thing

Driving to Spain and you feel like you’ve travelled and there is something really positive about a road trip. Movement and self resilience (even if nothing bad has happened ) is good for the soul. Taking your time leaving stuff behind is great, as going on holiday via the airport is a bit too much like work. (Cheryl discovered this on the trip to Crete in October. I can be a bit focused at the airport). There is also an independence which is to be embraced. I stumbled on the camp site and I’m very glad I have. It’s not great but I ended up here though I’m sure the other two car parks I looked at would have also been great. 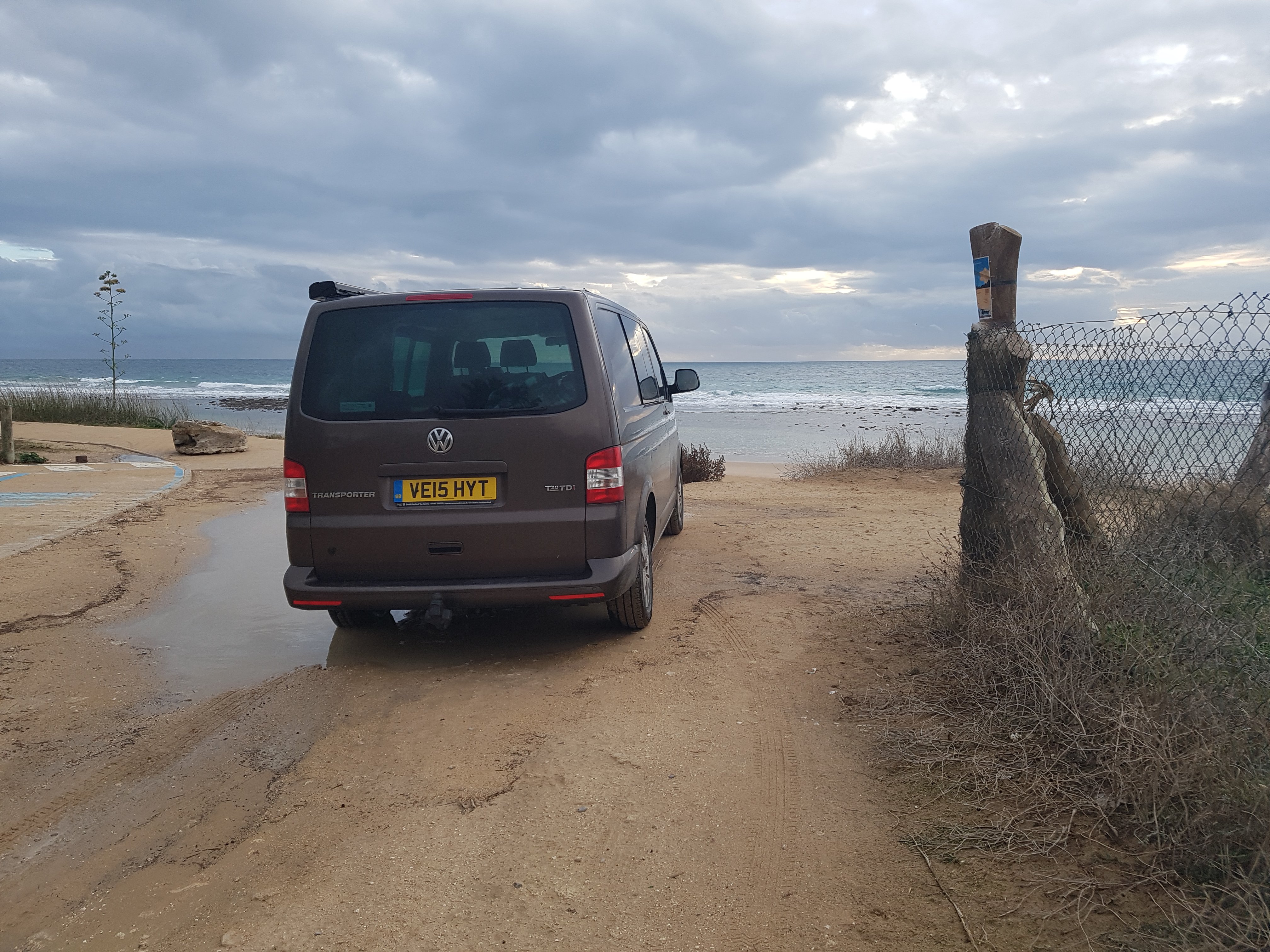 The sea at Zahora. About the only thing moving in the village

There is a sense of trepidation as well as anticipation and maybe you only get this travelling on your own. You get freedom but this needs to be traded with some nervousness, as you normally talk things through with people. However this sense of unease dissipates as you realise what happens, happens and all things will good for a reason in their own way. 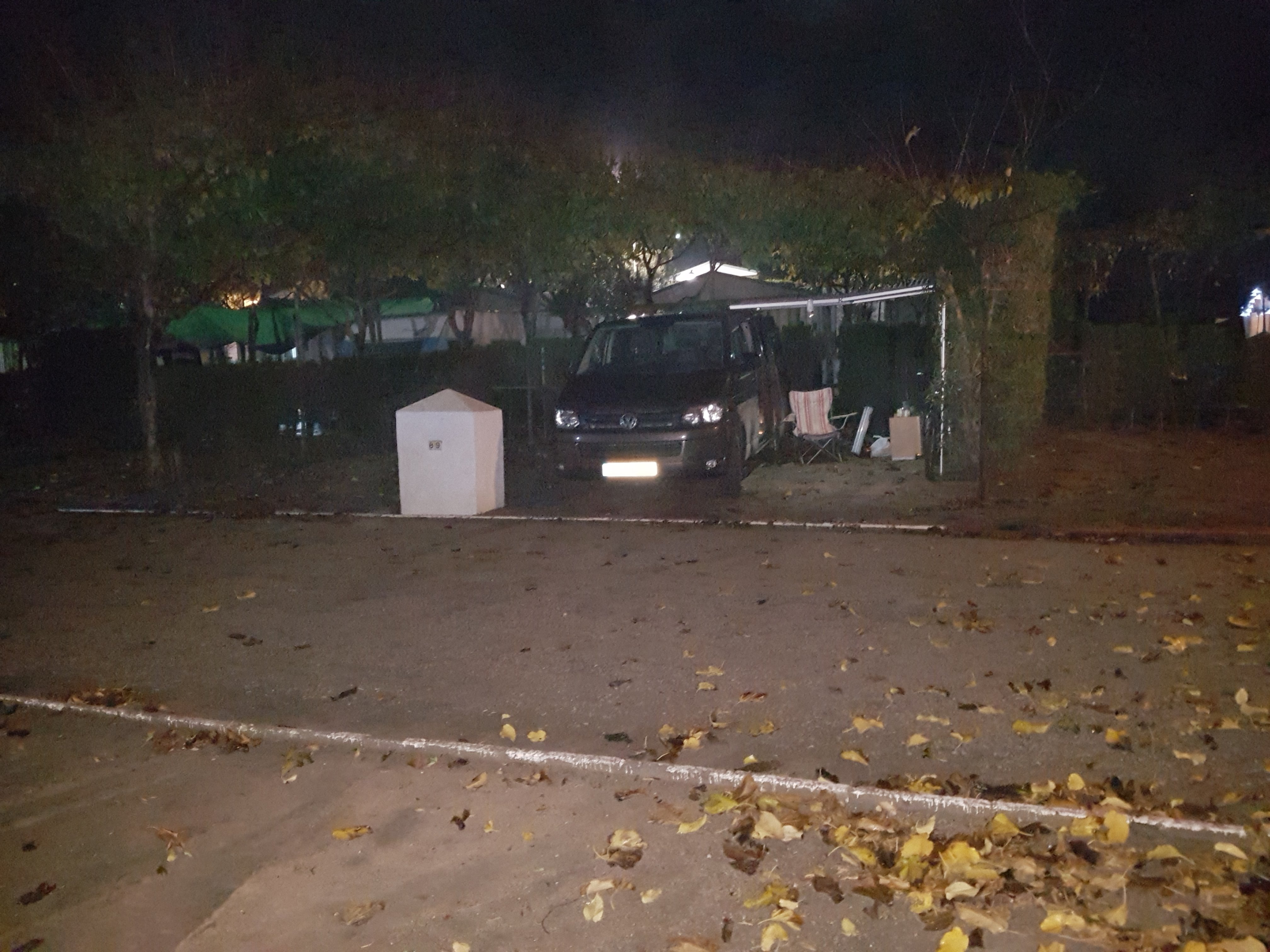 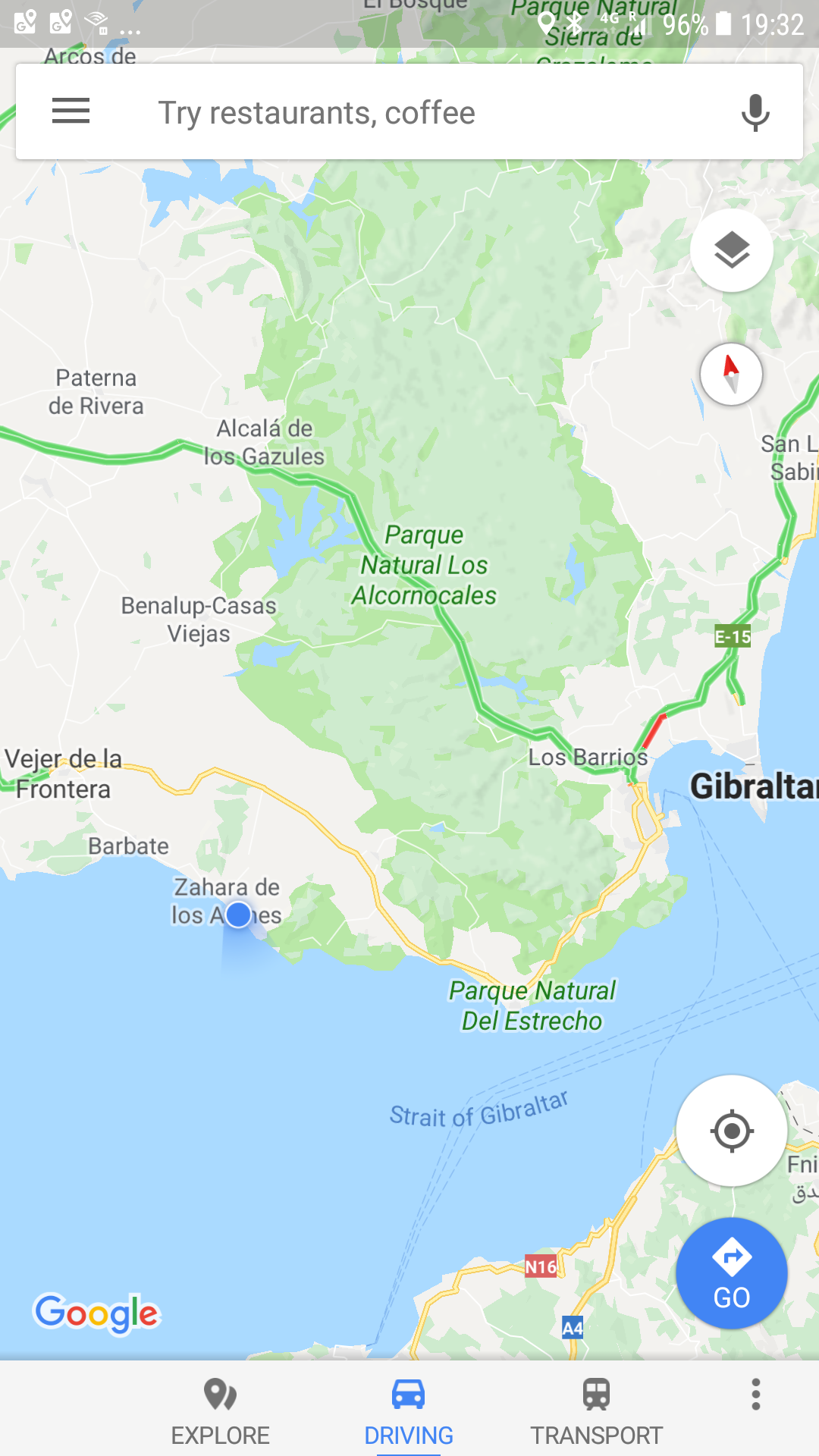 Why the portable fluorescent light won’t work is mystery as it was working when charging earlier. That is something to solve now before some guitar strumming and a trip to bed. Need to do some more Morocco research and work out how long going south will take. Tangiers or not Tangiers is one question to be resolved.