On the road but not so far today. Set forth from the Ibis into El Jadida to get a SIM card and also have a look at the Portugese Cistern in the medina.

Queue at Maroc Telecom was not looking good so I picked up a SIM from one of the guys in town who’d I seen the previous evening. 30 dirham for the SIM card and 50 dirham for 5GB of data valid for a month. That’s about 4 quid for the data; roaming on UK Vodafone in Morocco would mean that you get less than 3MB for the same pricr Coverage isn’t stunning and it’s going to struggle to upload pictures to the blog and will need to find some wifi for that at somepoint. [1] 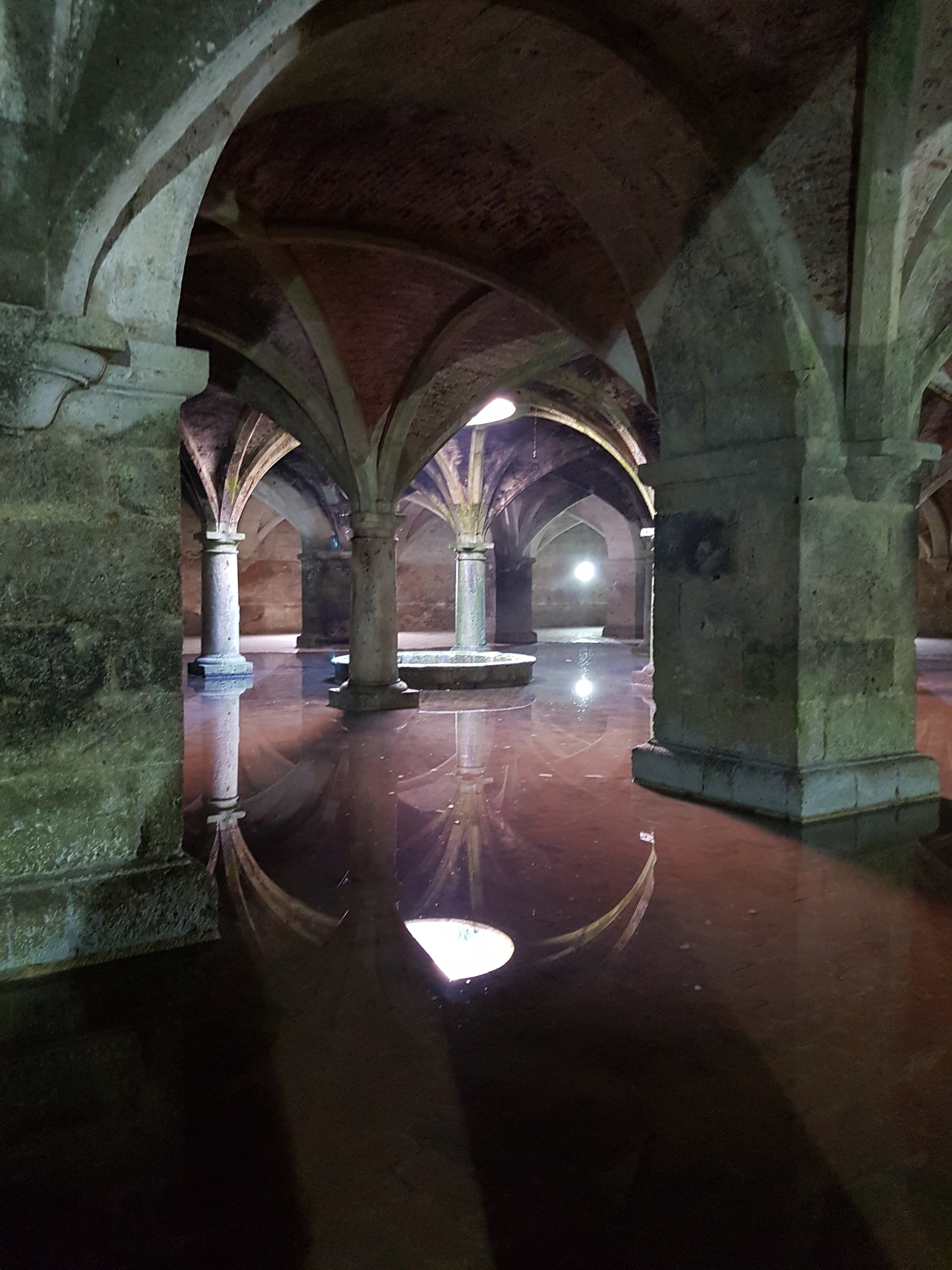 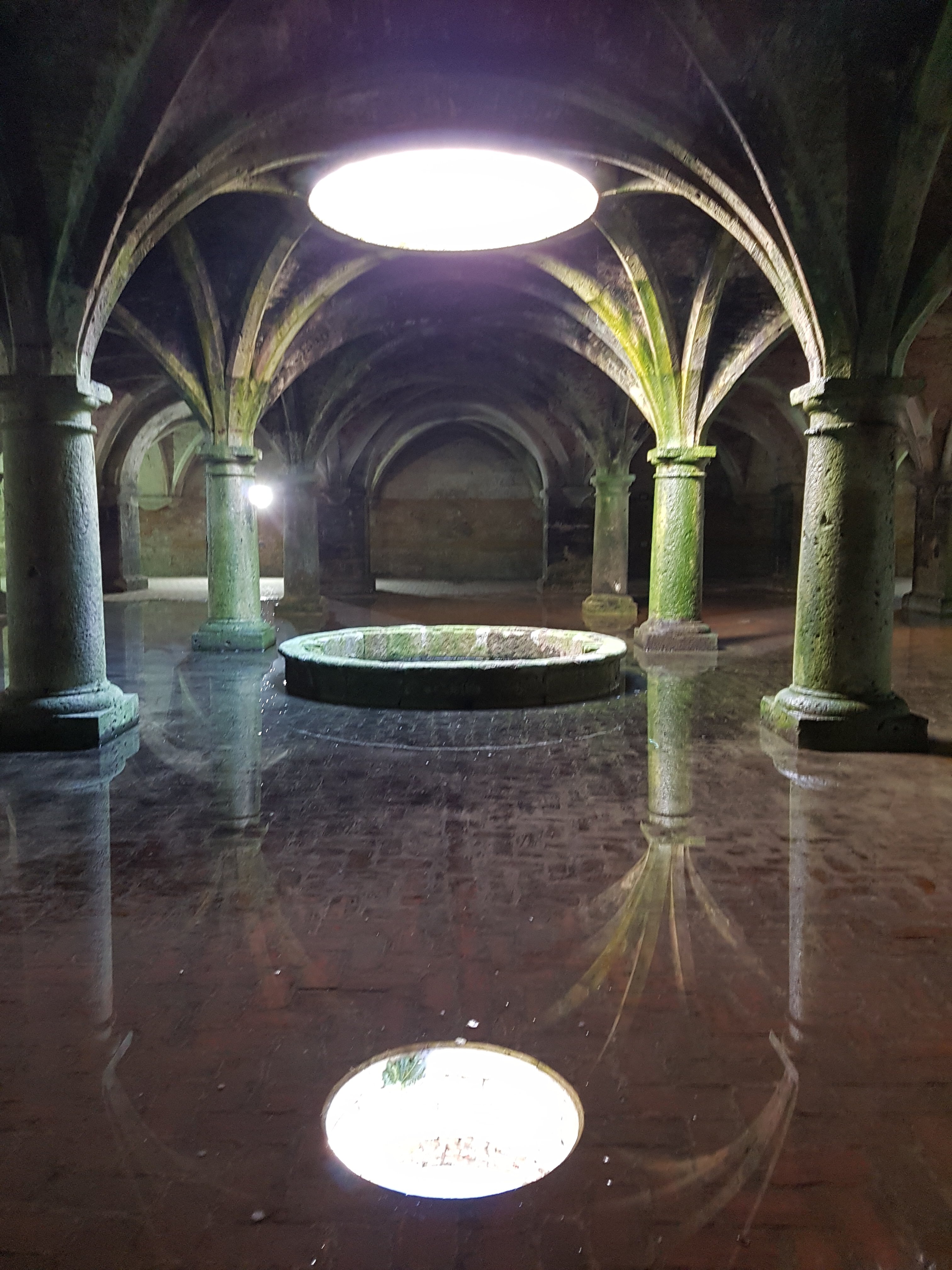 The cistern in the medina is stunning and was the location of the riot for Orson Welles 1957 Othello film. 10 dhr to get in and 10 dhr for your own personal guide, though I may have been generous with the guide, who’s commentary was an excellent mix of French and English. Stopped for a beach side coffee on the way back to the Ibis which was really pleasant as tried to force some form of settling in before hitting the peage back south towards Safi.

Filled up with diesel at an Afriqua fuel station and seems they don’t like overseas plastic, but will need to check out the others who do tend to show a visa and MasterCard sign. Cash is still very king in Morocco and you need small notes and coins for appreciating the services of parking attendants, guardians and guides.

I stopped in Safi to get more cash and again like El Jadida it’s not an unpleasant town in the main and well kept in parts. Others not and as I stopped opposite the bank, a local guy who had lived in Southampton for 3 years came over for a chat. Safi is famous for pottery and after a discussion on the performance of Maroc Telecom he wanted to know if wanted to look at his shop. No hassle really and you need to slightly switch you mind from a view that thinks you are constantly being scammed into one of polite declines that you really are on a mission. 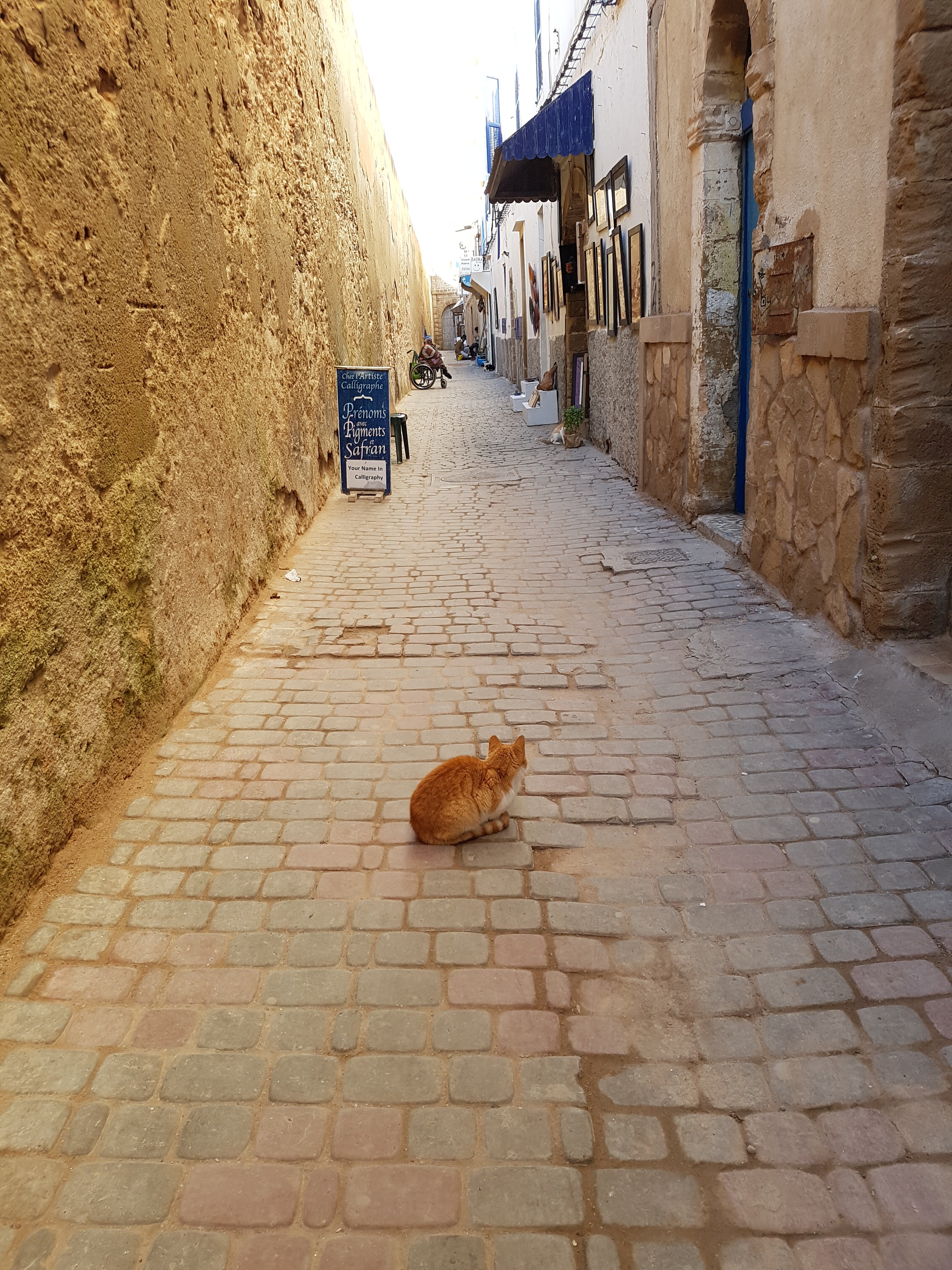 Essaouira streets are really something else.

Past the cement works and phosphate factory as I opted for the pretty ropey N310 south towards Essaouira. Also went past a new power station being set up with Daewoo, right on the coast and what seems to be coal fired. Need to do some internet research on this.

Through a deserted beach town, where the front looked like an out of season northern French or Belgian resort (a bit wind blown but warmer that it would ever get in summer) whilst the streets behind could have come straight from Blackhawk Down [2]. Needless to say there was a cluster of French motorhomes parked down at the front.

The road got more broken up and it trigger the warning pressure sensor in the tyre again which it seems VW had fixed. Also remembered I have got a gauge or pump with me so will need to see if I can pick one up. That slipped through the net of procurement.

About 30km north of Essaouira the road improved as it climbed up an escarpment covered in stunted pine trees and where I overtook a couple of cyclists with all the kit. A Swiss couple infact who I met later in the campsite.

The Camping at Sidi Magdoul is only 3km from Essaouira so walkable but I nearly didn’t stay. It’s in the Rough Guide and gets a relatively positive mention but to be honest it’s a concrete enclave with lots of dogs and cats. However it’s only 44 dhr for the night and it is rumoured to have hot showers. Tomorrow I will find out.

Parked up and a quick conversation with some Flemish motorhomers (from Lommel) before walking along the beach into Essaouira. Very resort like and apart from the camels on the beach it would be happy in Europe. Once inside the city walls and you are very much in Morocco. Lots to look at and buy and surprisingly little hassled from the shop keepers. Known for its marquetry (thuga wood is the source) there are a whole load of things to buy including jewellery and cloth. 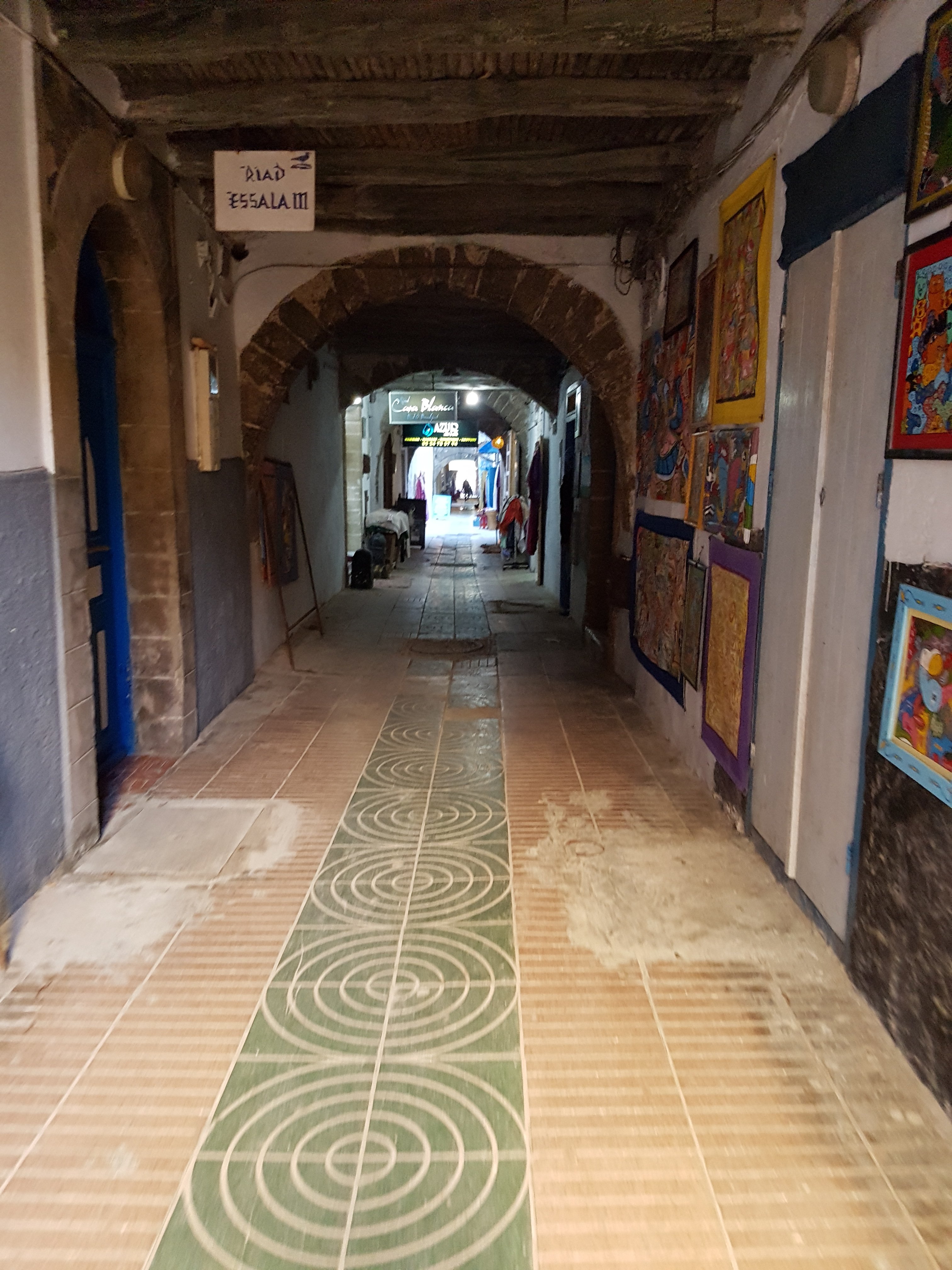 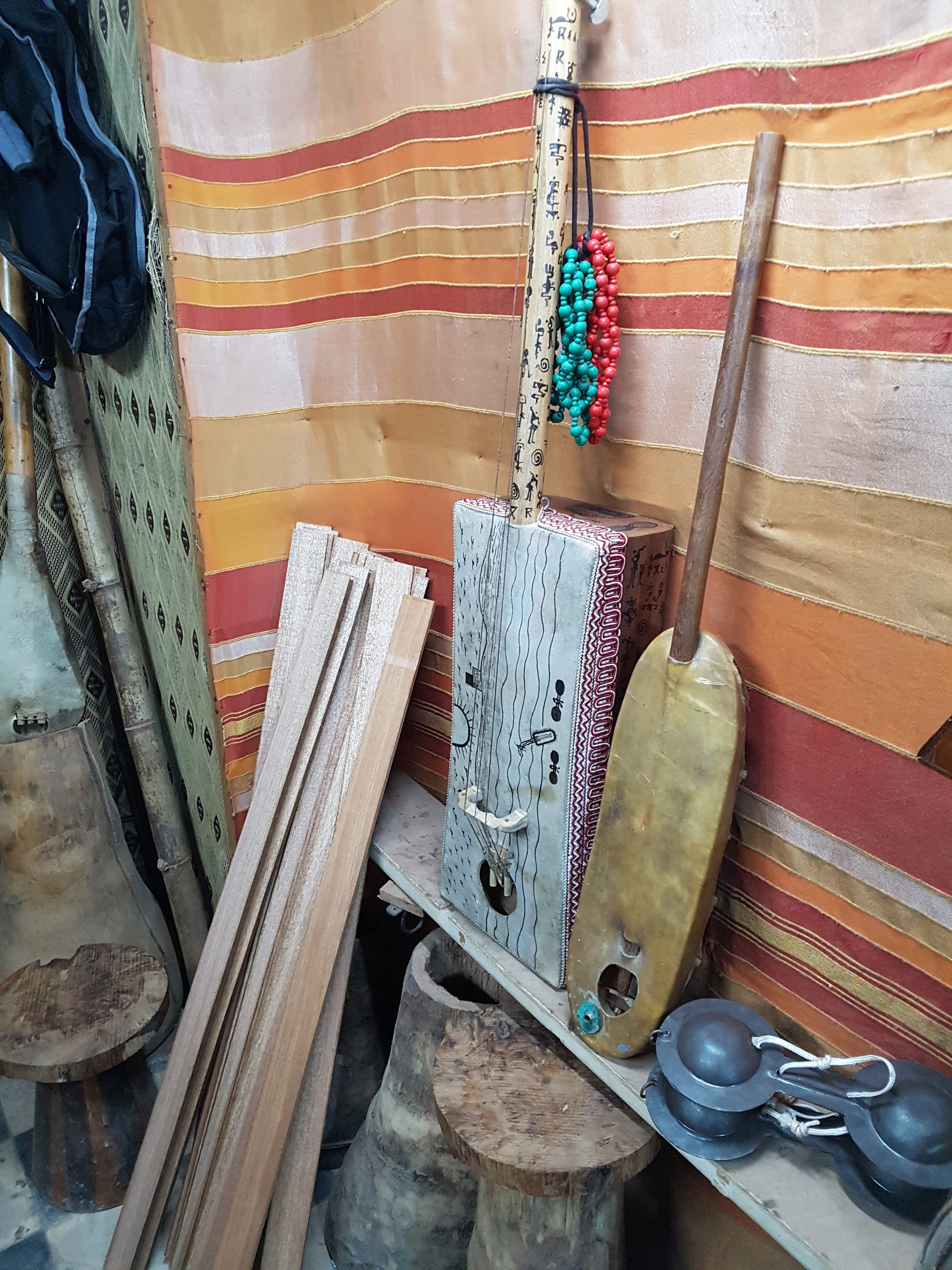 Got hussled to go to the top floor of a cafe for a tea and soup which was great but it was cold in the wind but rather impressive watching the Atlantic crash against the city walls. Back through the streets of Essaouira and more souks and stalls before heading back down the beach as it got dark. The port area is superb and well worth a wander with all the fish and catches on display. May head there for lunch tomorrow.

Made some tea and chatted to the Swiss cyclists who’ve been on an 8 month tour of Europe and now Morocco. This was there most southerly point with a plan to head north back towards Marrakesh and back through the middle Atlas. 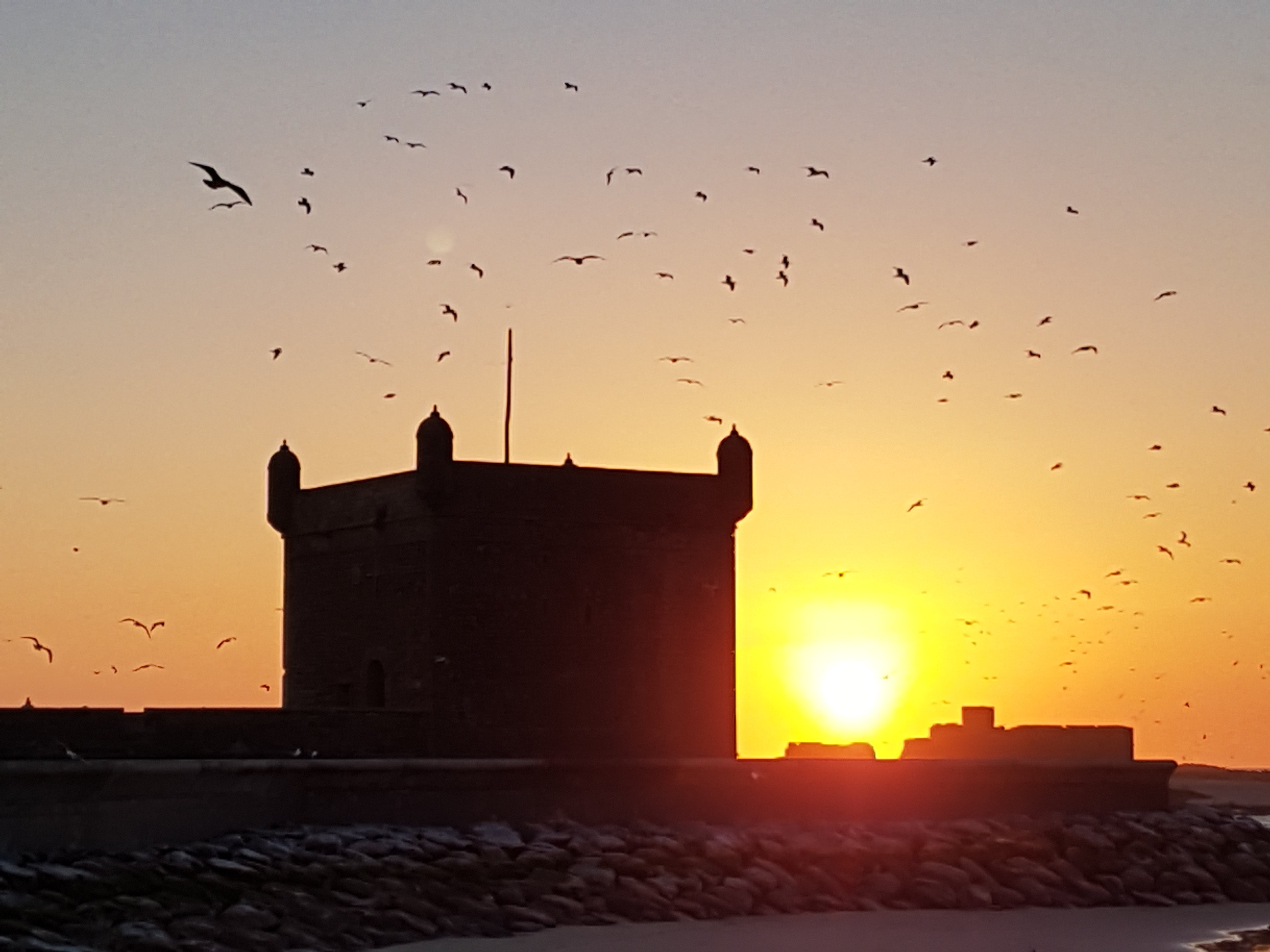 Getting more settled into a routine and will probably head further south towards Agadir in the coast and maybe towards the Anti Atlas before picking up Tamara on the 29th. Plenty of time before then however.

[1] An update on the Maroc Telecom SIM. I used the Wi-Fi at a cafe in Essaouira and I got two configuration messages from them, one for MMS and one for browsing. Installing them meant I got full internet access. Interestingly FB messenger worked anyway but wasn’t quick. Service since has been great with mainly 3G and above

[2] Ridley Scott likes Morocco for filming and has used Atlas Studios near Ouarzazte for a few films including Gladiator and Black Hawk Down.